SEOUL, June 14 (Yonhap) -- South Koreans bid their last farewell to late former first lady Lee Hee-ho on Friday, in honor of her contribution to inter-Korean reconciliation efforts and the enhancement of women's rights.

Lee died at the age of 96 late Monday while suffering from liver cancer. She was the widow of former liberal President Kim Dae-jung, the architect of the "sunshine policy" of engaging North Korea and the Nobel Peace Prize winner.

A funeral service was held at Seoul National Cemetery in southern Seoul, attended by some 2,000 people, including political leaders, government officials and citizens.

The service was carried out in the format of a "society funeral," a ceremony to mourn the death of an influential figure who made contributions to society.

"We've lost a great leader of our times. We have to let her be laid to rest, the symbol of the hardships and glory of modern history," Prime Minister Lee Nak-yon said in his eulogy to the late Lee.

"We will ceaselessly march forward to achieve the people's happiness and peaceful unification that Lee dreamed of," he added. 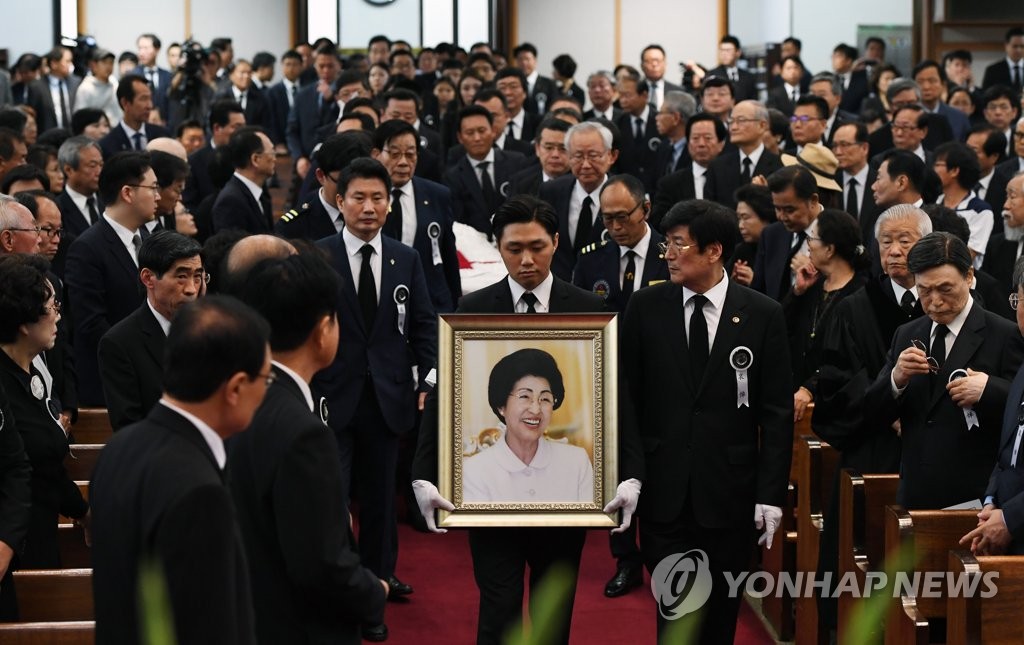 Lee was not like a shadowlike first lady but served as a political companion for Kim throughout the ex-president's tumultuous life and was a feminist. She was also an espouser of Kim's peace efforts with North Korea.

Nobel Peace Prize winner Kim was the architect of the "sunshine policy" aimed at engaging North Korea via vibrant inter-Korean exchanges and reconciliation.

He held the first historic summit with then North Korean leader Kim Jong-il in Pyongyang in 2000 after more than 50 years of animosity between the two Koreas. At that time, Lee accompanied her husband to Pyongyang.

North Korea did not send a mourning delegation to the South. But North Korean leader Kim Jong-un sent a condolence message and flowers to South Korea via his sister Wednesday over Lee's death.

Lee actively supported her husband's political career and stood by Kim to enable him to stick to his fight for democracy whenever he was under political suppression.

He survived several assassination attempts and was sentenced to death after being accused of fomenting the Gwangju uprising in May 1980 but was later pardoned.

"She was a pioneer who preceded the times and a leader who read the stream of the times," National Assembly Speaker Moon Hee-sang said in his eulogy for Lee.

"Lee spent a hard time with President Kim and endured unimaginably severe hardships and a turbulent life together. She deserves to be respected as a female leader for the democratic movement," he noted.

Earlier in the day, a Christian funeral service was held at a Seoul church that she had attended since 1960.

The motorcade carrying the coffin of the late Lee also made a visit to her private home in Donggyo-dong, western Seoul.

Lee left a will that says she will pray for the Korean people and the peaceful unification of the two Koreas in heaven.

She also instructed her family and aides to use her private home as a memorial hall for the ex-president and to use the Nobel Peace Prize money as funds for projects to mark Kim's legacy.

She will be laid to rest, together with her late husband, at the national cemetery. 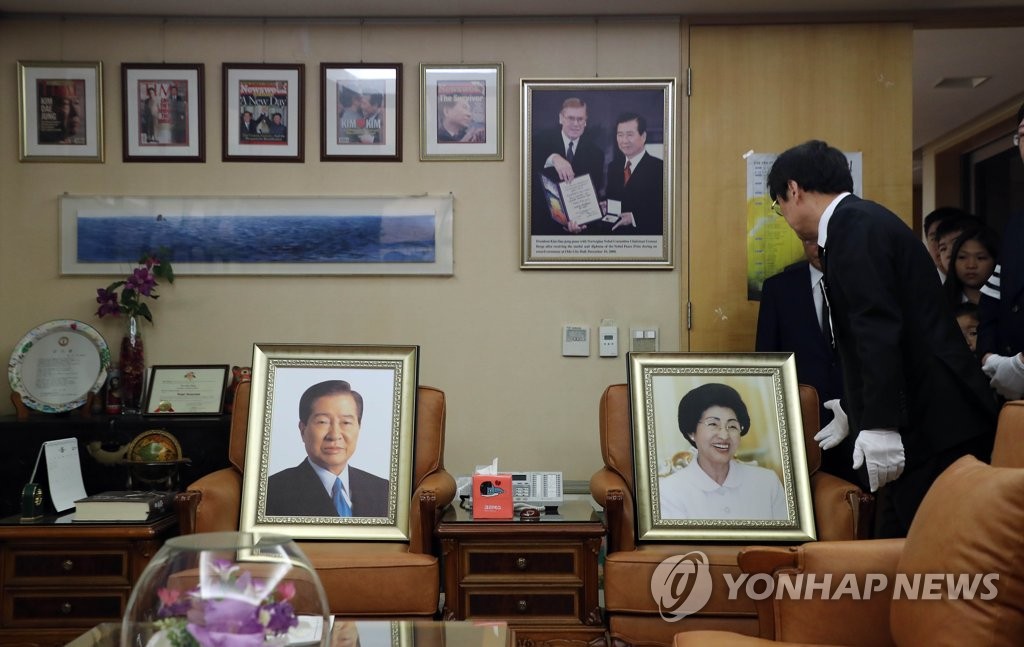