SEOUL, June 14 (Yonhap) -- Thousands of South Koreans asked the government Friday to endorse their travel to Mount Kumgang in North Korea, demanding the resumption of suspend tours to the scenic mountain.

According to the Movement for One Korea, a civic group, 6,150 citizens added their names to the applications submitted to the unification ministry earlier in the day.

"(The tours to) Mount Kumgang are a symbol of inter-Korean exchanges and peace on the Korean Peninsula," the civic group said. "Their resumption would represent the first step toward the implementation of South-North joint declarations."

South Korea suspended tours to Mount Kumgang on North Korea's east coast in 2008 after a female tourist was shot to death by a North Korean guard.

It was one of the major cross-border projects that was launched in 1998 amid thawing inter-Korean relations, along with the now shuttered industrial complex in North Korea's border town of Kaesong.

Seoul has rarely endorsed South Korean people's travel to the mountain except for special occasions, such as reunions of families separated by the Korean War that were held at the resort there.

Seoul wants to restart the Mount Kumgang tours and the operation of the Kaesong complex in the hopes that it could help advance relations between the two Koreas by expanding exchanges and cooperation.

Washington, however, opposes full-fledged cross-border economic cooperation which it worries could undermine the global sanctions regime on Pyongyang when little progress has been made in denuclearization talks. 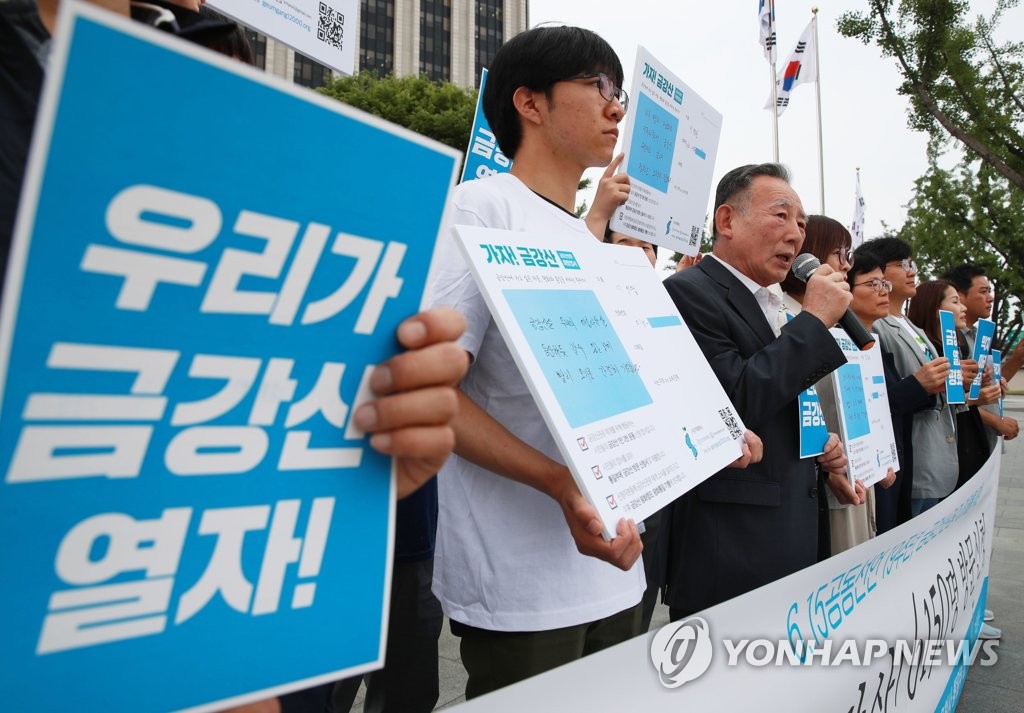 Thousands of S. Koreans ask gov't to approve their trip to Mount Kumgang

Thousands of S. Koreans ask gov't to approve their trip to Mount Kumgang