"There are growing calls to take bolder actions as the economy is faced with increased downside risks," Finance Minister Hong Nam-ki said in a meeting with heads of private economic think tanks.

Exports have been on a constant decline, and domestic demand is also losing steam, he said.

"Adding to dire situations for exports, the uncertainty is also heightening in the face of the growing trade dispute (between Washington and Beijing)," Hong said.

The minister said the government will roll out and implement economic policies aimed at boosting economic vitality in the future, while supporting innovation-led growth as well.

His ministry is set to unveil the second-half economic policy road map next month. 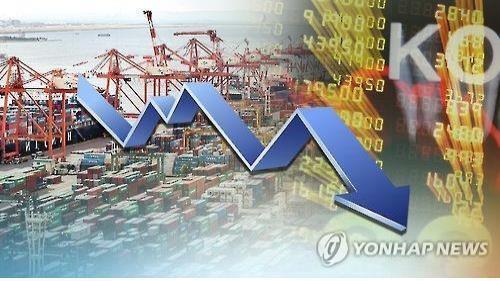 A series of data recently released show that Asia's fourth-largest economy, already reeling from weak business spending and a slump in exports, is set to lose further steam down the road, while most private institutes slashed their economic outlook for the economy.

In the past few months, Lee had ruled out the possibility of a rate cut, sticking to the belief that the country's economy will gather pace during the second half of the year, which many claim is too optimistic in the face of the flaring-up trade friction between the world's top two economies.

The central bank decided to keep the policy rate frozen at 1.75 percent last month in its first split vote at least since November when the board raised the benchmark rate by 25 basis points.

Many believe the central bank will begin considering lowering the key rate in the last quarter or only when the U.S. Fed lowers its own rate first.

Hong also urged local governments to implement their budget spending as planned to help the economy grow at a decent pace.

The government frontloaded its budget spending with the goal of implementing 61 percent of its annual budget in the first six months of the year.

The minister also said the 6.7 trillion-won (US$5.6 billion) extra budget should be hurried through parliament as it could play a vital role in boosting the economic growth.

The government submitted the supplementary budget bill to the National Assembly in April for approval, but it remains unclear when South Korea's parliament will vote on the extra budget bill due to a political standoff. 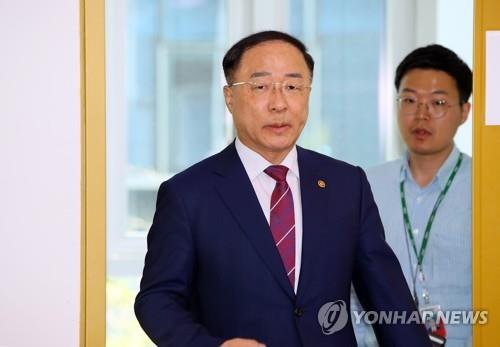