SEOUL, June 16 (Yonhap) -- South Korea's economy can still grow at an earlier anticipated pace this year should the country take necessary steps, such as a rate cut, to boost local spending and investment that will offset a drop in exports, a local think tank said Sunday.

In its latest revision to its growth outlook, the Hyundai Research Institute forecast Asia's fourth-largest economy to grow 2.5 percent this year, unchanged from three months earlier.

"The fact the economic slowdown in major countries is accelerating and that the country's exports continue to drop are downside risks," the institute said in a press release.

"However, assuming that the country's stimulus measures will take effect and the drop in exports will slow in the second half of the year from that in the first half, (the institute) maintains its earlier forecast of 2.5 percent growth," it added.

The report comes shortly after Bank of Korea Gov. Lee Ju-yeol hinted at a possible rate cut in the future, making an about-face from his earlier commitment to stand pat.

"As external uncertainties have increased due to the U.S.-China trade dispute and the slump in the semiconductor market, we must take appropriate measures to accommodate changes in economic conditions while closely monitoring the direction of changes and their impact," the top central banker said Wednesday in a speech marking the 69th anniversary of the bank's foundation. 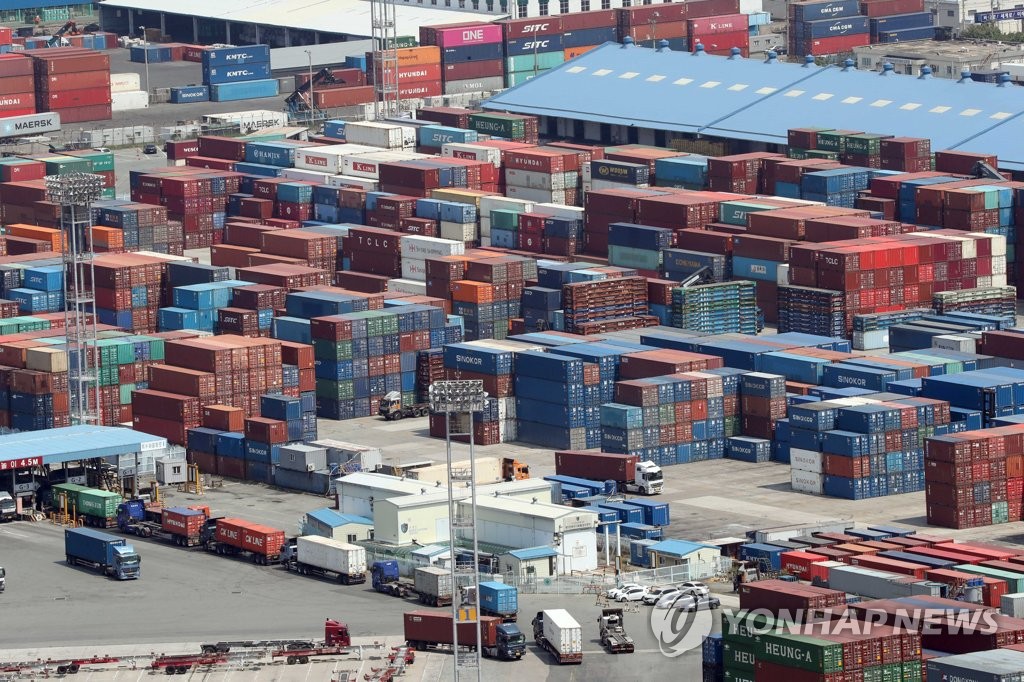 The country's exports have dipped for six consecutive months amid drawn-out trade negotiations between the United States and China that ended in May without any deal.

The escalating trade tension between the world's two largest economies will continue to haunt the South Korean economy and its exports, the think tank noted.

"The global trade is expected to slow in 2019 due to uncertainties stemming from the slowing growth of the global economy, the U.S.-China trade dispute and Brexit," it said.

The research institute stressed the need to ease policy to keep the economy growing.

"Currently, the South Korean economy urgently needs to reach the recovery phase while, in the long run, it is required to enhance its growth potential to prevent low growth from becoming a trend. To this end, first it needs an eased monetary policy, along with active fiscal policies," it said.

From the same period last year, it marked a 1.8 percent expansion, falling far short of the 2.5 percent growth target and marking the slowest on-year gain in more than a decade.

In its own latest revision in April, the Bank of Korea also expected the local economy to grow 2.5 percent this year, down 0.1 percentage point from three months earlier.

The central bank is set to offer yet another revision next month.