The Seoul Family Court handed down the sentence after Hong applied for a divorce settlement in November 2016 and filed a divorce suit in December that year.

Hong, 59, began the suit as rumors of his affairs with Kim Min-hee circulated after Hong filmed his 2015 movie "Right Now, Wrong Then" with the 39-year-old actress. In March last year, the two confirmed their extramarital relationship during a press conference for Hong's award-winning "On the Beach at Night Alone."

His wife, identified only as "A," however, neither responded to settlement procedures nor attended the hearings, which started in December 2017, and no agreement between the two was made.

Hong and Kim have filmed five films together. The three others are "The Day After," "Claire's Camera" and "Grass." 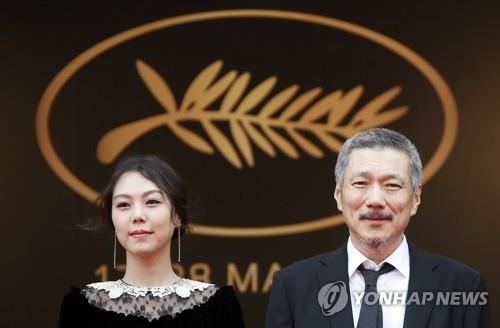