SUWON, South Korea, June 14 (Yonhap) -- Prosecutors demanded imprisonment of one and a half years for Park Yoo-chun, an actor and former member of boy band JYJ, in a court trial on his drug charges Friday.

They also asked for a fine of 1.4 million won (US$1,180) against the disgraced entertainer during the trial at the Suwon District Court in Suwon, 40 kilometers south of Seoul.

The prosecutors asked the court to issue probation and treatment orders for Park if it chooses to give a suspended prison sentence. 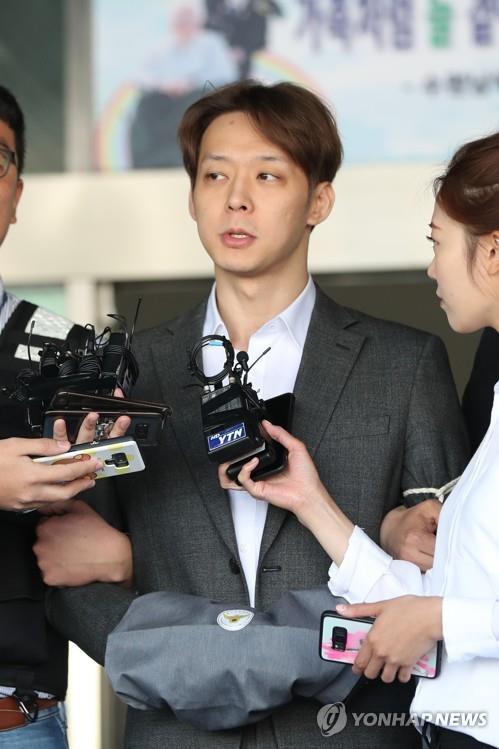 The 32-year-old Park was indicted on May 17 on charges of purchasing 1.5 grams of methamphetamine and using it together with a granddaughter of the founder of Namyang Dairy Products Co. on six occasions between last February and March. He was also charged with using the banned substance with the woman last fall.

"I deeply felt I had committed a grave crime after watching my family and acquaintances shedding tears during their visits to prison," Park said in the trial.

"I admit my guilt and feel sorry instead of blaming or hating others," he said with tears in his eyes.

Park's lawyer pleaded for a favorable judgment in his case, saying Park has genuinely repented for his wrongdoing.