GWANGJU, June 14 (Yonhap) -- The city council of Gwangju, the host of the 2019 FINA World Championships in July, adopted a resolution on Friday urging the participation of North Korean athletes in the world's largest swimming festival.

A special committee on the FINA championships of the Gwangju Metropolitan Council approved the resolution, as North Korea failed to apply to participate in the event by the Thursday deadline. 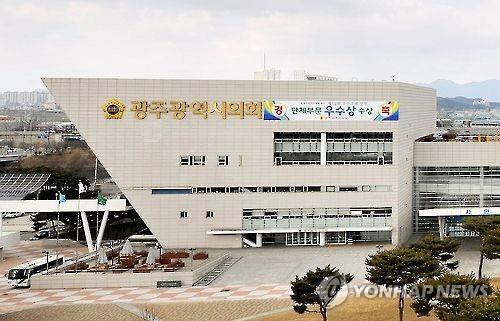 "North Korea has the world's best athletes in diving and other swimming events and has achieved remarkable results at previous FINA World Championships and other events. North Korea's participation is expected to make the 2019 FINA World Championships successful, like the PyeongChang Winter Olympics, and contribute to peace on the Korean Peninsula," the resolution said.

The biennial FINA World Championships will be held in Gwangju, 330 kilometers south of Seoul, and Yeosu, South Jeolla Province, from July 12-28. FINA is the French abbreviation of the International Swimming Federation.

A record 2,995 athletes from a record 193 of 209 FINA member countries completed registration by the deadline, according to its organizing committee.

Gwangju Mayor Lee Yong-seop, who chairs the organizing committee, has also said he will push for the participation of North Korea until the last moment to help promote peace on the Korean Peninsula.