"As of today, I want to put down all my titles and duties at YG Entertainment," said Yang Hyun-suk, CEO and chief producer of YG Entertainment, which manages BIGBANG. "I hope that my beloved YG artists and their fans are not harmed by me."

Recently, the company has been under fire as many of the big-name singers under its management have been embroiled in a series of scandals.

B.I, the songwriting leader of K-pop boy band iKON, left the band on Wednesday on allegations that he bought prohibited drugs three years ago.

Yang is suspected of having tried to cover up the case with the help of Lee Seung-hoon of YG's boy band WINNER. 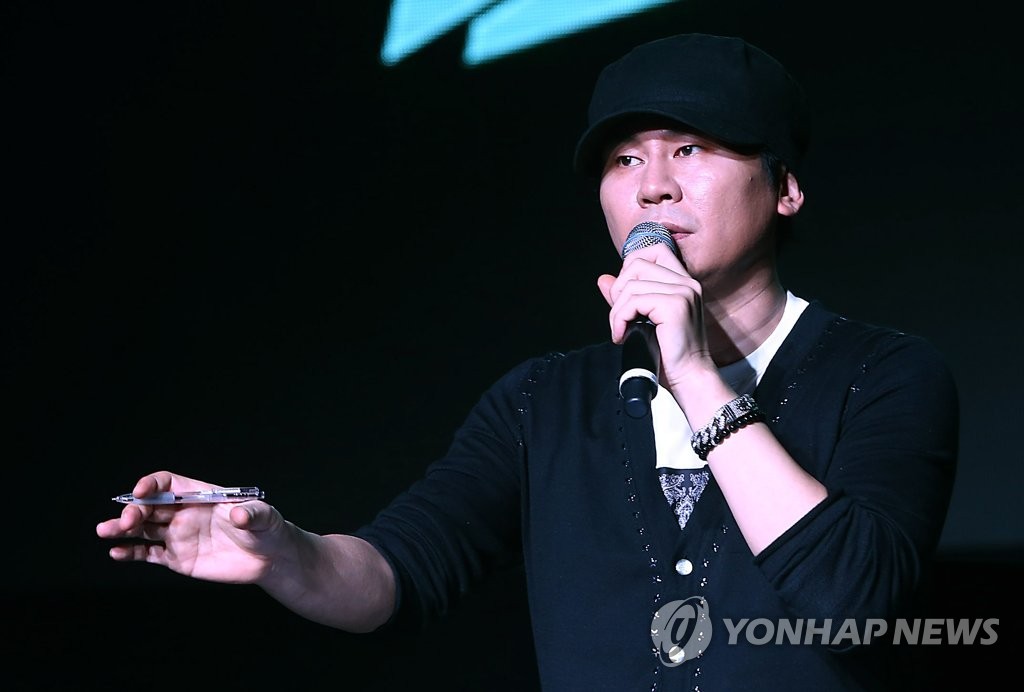 Police said they will closely look into the cases involving YG and its possible corrupt relationship with police officers.

But Yang, who has been also facing separate allegations of providing sex services to potential foreign investors, refuted all accusations and professed his innocence.

"Current news reports and rumors will be probed thoroughly and the truth will be revealed," he said.

Yang Min-suk, the YG chief's younger brother serving as CEO, also stepped down from his seat on Friday.

"In order for chief Yang Hyun-suk's decision to be delivered without misunderstanding, I think I need to be clear about my position. Under this circumstance, I decided to resign as CEO," he said in a separate statement.

Founded in 1996, YG has grown into one of the big three K-pop agencies along with SM Entertainment and JYP Entertainment. YG, however, has constantly been dogged by drug allegations involving its artists such as boy band BIGBANG's G-Dragon and Park Bom, a former member of girl group 2NE1.

In March, Seungri departed from BIGBANG while under a police probe into allegations that he arranged sex services for potential foreign investors in 2015 together with his business partner.