SEOUL, June 14 (Yonhap) -- South Korean oil refiners said Friday they're closely monitoring the potential fallout from the recent tanker attacks in the Gulf of Oman, a key waterway for oil transport from the Middle East, although they don't expect to see any significant problems in oil supplies.

Global crude oil prices jumped as much as 4 percent before settling about 2 percent higher Thursday following the news that two tankers had been attacked near the entrance to the Strait of Hormuz, a crucial shipping route for oil producers in the Gulf region.

South Korean companies said that more than 70 percent of their crude oil imports come from the Middle East and most of them use the Strait of Hormuz.

"People might think that it could lead to a problem for the oil supply, but since the strait is not closed, oil shipping will continue," a spokesman from a local refining company said, asking not to be named.

Although hikes in crude oil prices and shipping costs are expected, such moves will not harm their profits much.

However, industry insiders agreed that if the strait is closed, it would be a big hit to local industry.

Meanwhile, the Ministry of Trade, Industry and Energy on Friday convened a meeting with local refiners to discuss the situation. 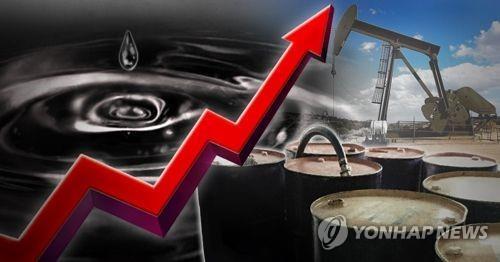