The king greeted Moon at the Royal Palace in Stockholm in a grand welcoming ceremony. Moon rode through the streets in a horse-drawn carriage to reach the palace in accordance with Sweden's tradition and protocol for state guests. Moon then inspected honor guards. 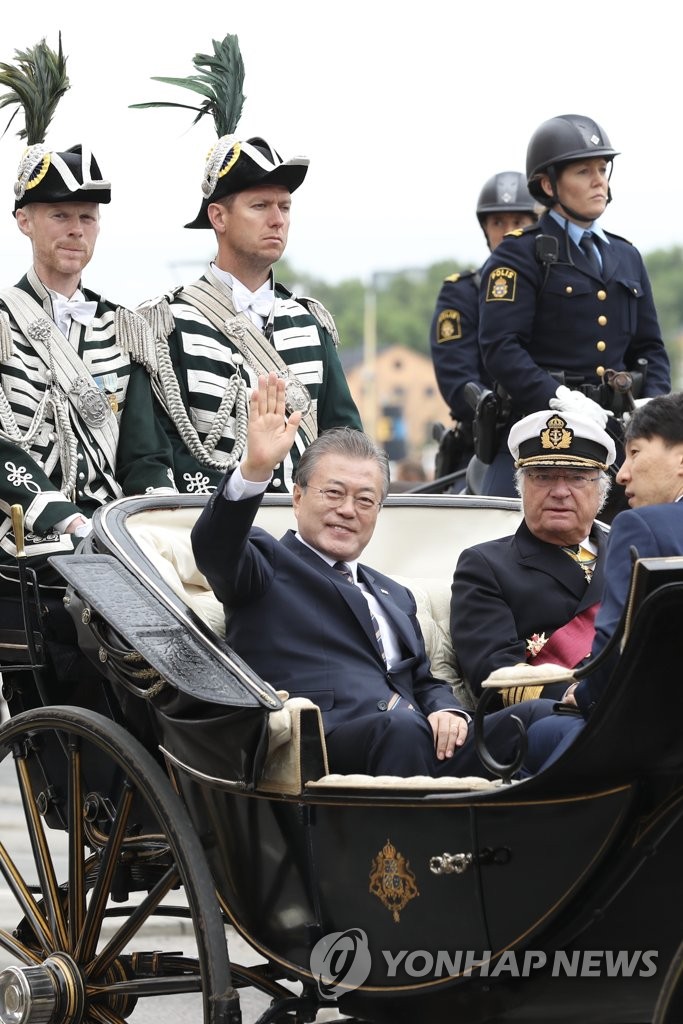 Briefly speaking to media later, the king expressed his condolences to the bereaved families of the victims of the deadly sinking of a river tour boat in Budapest two weeks earlier. It left 28 South Koreans dead or missing.

He also took note of the time-honored relations between Sweden and South Korea. The Scandinavian nation dispatched a large-scale medical team to Korea in the early 1950s when the South fought against the invading North.

With the peninsula still divided, Sweden has served as a member of the Neutral Nations Supervisory Commission (NNSC) stationed at the truce village of Panmunjom. 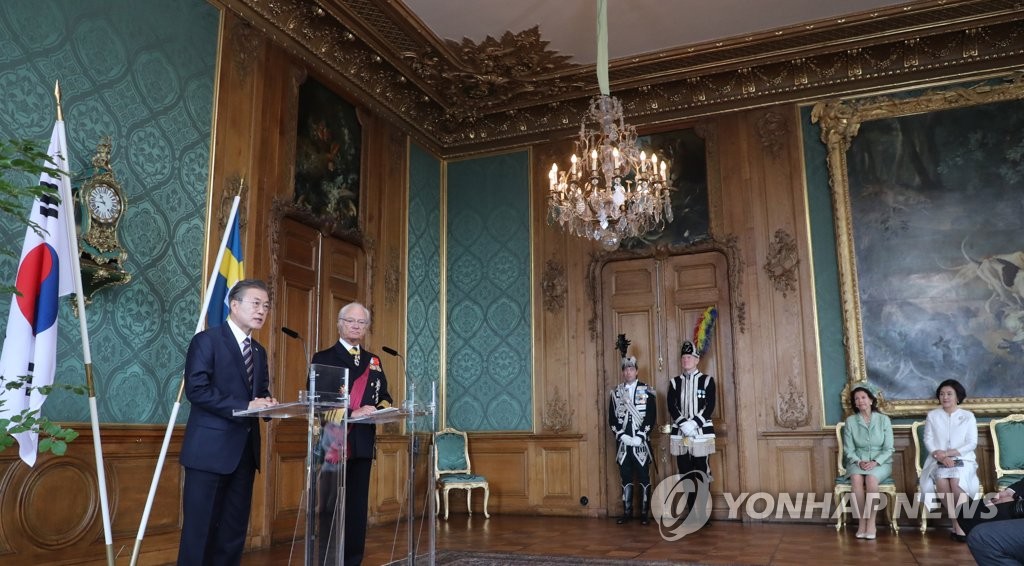 Around 960 Swedish troops have been deployed there, according to the king.

"The state visit by President Moon Jae-in and first lady (Kim Jung-sook) is an expression of a will to further strengthen relations between the two nations," he added.

In response, Moon pointed out that many Swedish people enjoy K-pop, local films and food.

"I hope my state visit this time will become an opportunity for the people of the two sides to get closer to each other," the president said.

He said he plans to visit various places involving Sweden's politics, businesses, welfare and culture and learn about how the nation's vision is being realized.

Moon then delivered a speech, titled "Trust for Denuclearization and Peace on the Korean Peninsula," at the Swedish parliament, called Riksdag.

Moon is scheduled to visit the headquarters of the mobile networks company Ericsson and participate in a "business summit" at a hotel. 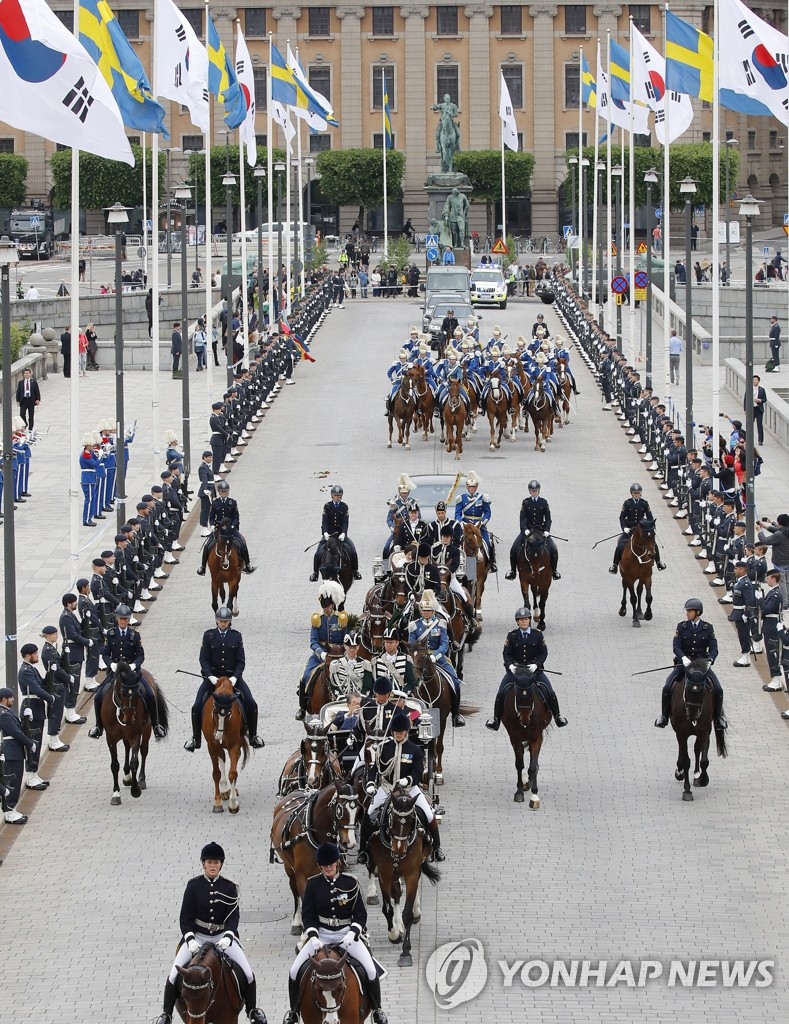 He flew to the Swedish capital from Norway on Thursday night for a three-day state visit. Sweden is the last leg of his weeklong tour of Northern Europe that also took him to Finland.