SEOUL, June 14 (Yonhap) -- The ASEAN-Korea Center on Friday kicked off a three-day festive event marking the 30th year since the establishment of South Korea's dialogue relations with the regional bloc and the 10th year since the center's launch.

The event, called "ASEAN Week," also comes ahead of the special summit between South Korea and the 10-member Association of Southeast Asian Nations (ASEAN), slated to take place in November in the southeastern port city of Busan.

Jointly organized by the center and the Seoul Metropolitan Government, the event at Seoul Plaza features musical and dance performances, fashion shows and a tourism talk show, all of which are designed to enhance understanding of ASEAN.

"All of you who gathered here are Koreans, ASEAN people and Seoulites," Lee Hyuk, secretary general of the ASEAN-Korea Centre, said.

At the opening ceremony, first lady Kim Jung-sook, who is on an overseas trip with President Moon Jae-in, delivered a video message in which she called ASEAN a "friend that will sail together toward the same dream."

"South Korea and ASEAN have been engaging in active exchanges based on infinite trust, openness and respect," she said.

Since its launch in 2017, the Moon administration has been stressing the importance of the regional bloc, vowing to elevate the relationship with ASEAN to the same level as relations with the four major powers -- the United States, China, Russia and Japan.

Moon's stepped-up diplomacy with ASEAN has come amid Seoul's growing awareness of the strategic importance of the bloc associated with its geopolitical value, growth potential and rich resources.

ASEAN consists of Brunei, Cambodia, Indonesia, Malaysia, Myanmar, the Philippines, Singapore, Laos, Thailand and Vietnam. As a whole, it has around 640 million people -- the world's third-largest population after China and India -- with its gross domestic product reaching US$2.7 trillion, the third largest in Asia. 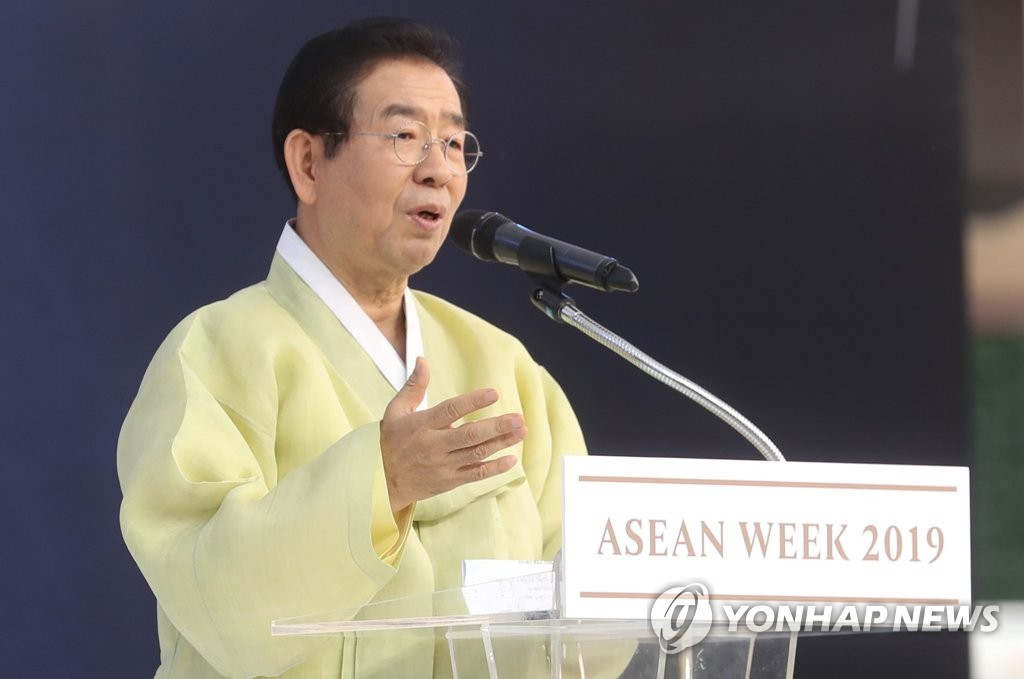