Addressing the Swedish parliament, known as the Riksdag, he stressed peace can be realized only through peaceful means.

"It is dialogue, not nuclear arms, that will keep North Korea secure," he said.

He urged Pyongyang to prove its nuclear-free Korea commitment with action in order to gain the trust of the international community.

If it does so, sanctions on the regime would be removed immediately and nobody would threaten its political system or security, he added. 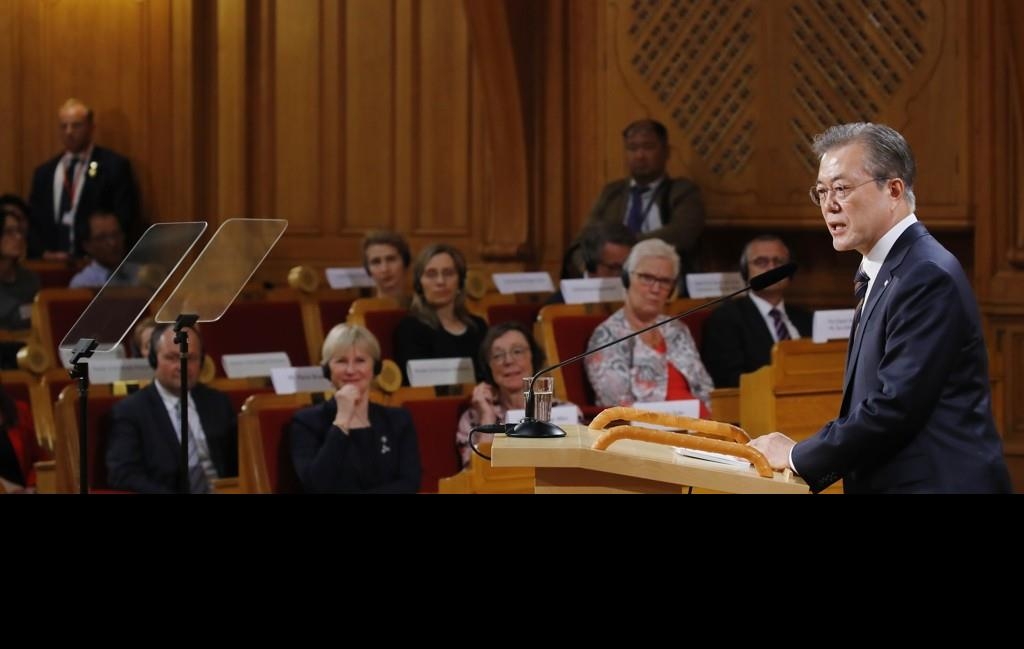 It was a kind of a sequel to his Oslo Forum speech earlier this week and one in Berlin in July 2017.

It came amid an apparent impasse in the nascent and tumultuous peace process spurred by top-down diplomacy.

There has been no formal dialogue since then, although Moon said various unofficial "contacts" are underway as the momentum of dialogue stays alive.

He sent an indirect message to Washington as well, saying, "Each side's political system must be mutually respected and guaranteed."

Apparently mindful of conservatives' criticisms at home of his North Korea policy, the liberal president also said, "Trust should be mutual ... The people of the South must believe in dialogue with the North," he emphasized.

In response to a question from a member of Riksdag after the speech, Moon reaffirmed that the ultimate goal of the ongoing Korean peace process is to achieve the complete denuclearization of the peninsula.

If realized, he said, it would provide a foundation for a firm global nonproliferation regime and pave the way for the two Koreas to talk about the mutual disarmament of conventional weapons

He admitted that peace won't be achieved overnight or easily, emphasizing the need for a patient approach based on constant dialogue. 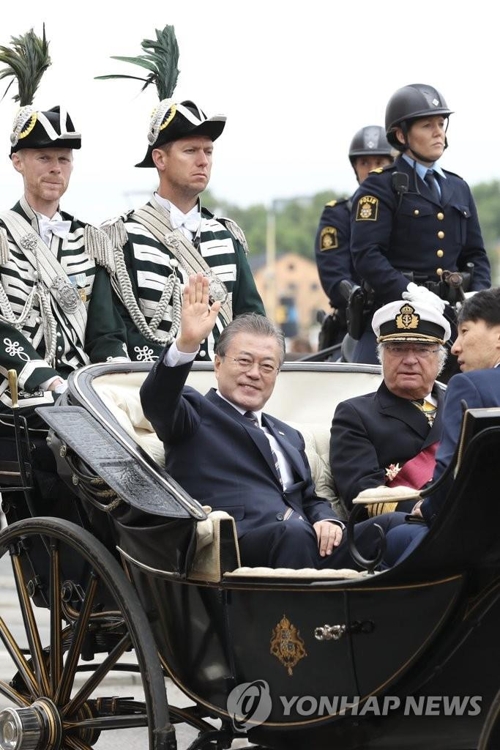 Moon's pick of Sweden as the venue to deliver the message was symbolic and deliberate.

He also cited Sweden's own experience in giving up its nuclear program, which it began after World War II. 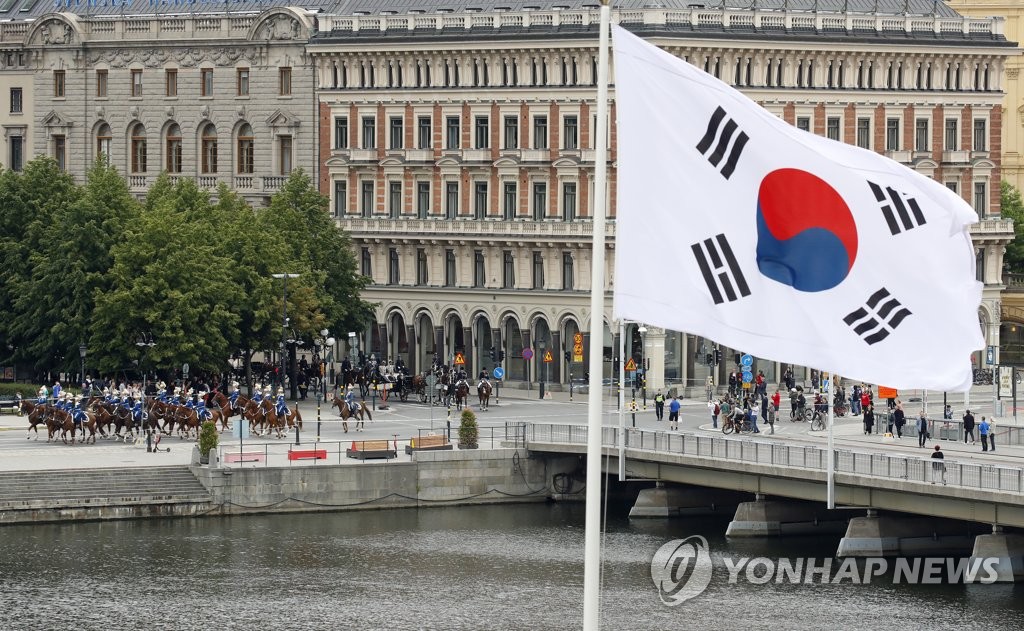 Moon began his official schedule here with an official welcoming ceremony hosted by King Carl XVI Gustaf at the Royal Palace in the Swedish capital.

Moon rode through the streets in a horse-drawn carriage to reach the palace in accordance with Sweden's tradition and protocol for state guests. Moon then inspected honor guards.

"The state visit by President Moon Jae-in and first lady (Kim Jung-sook) is an expression of a will to further strengthen relations between the two nations," the king said.

Moon said he hopes to learn about how Sweden has developed its vision as a country known for inclusive growth, social welfare and gender equality.

He later visited the Ericsson Studio for a 5G demo event and participated in a bilateral "business summit," which focused on strengthening partnerships in future cars, bio-health and ICT.

More than 100 representatives from 52 firms in South Korea are accompanying Moon on his trip to the Swedish capital. Those include Samsung Electronics, Hyundai Motor, LG Chem, NEXON Korea and Netmarble.

In a state dinner, Moon said, "Sweden is an advisor and friend to trust always" in the Korean Peninsula peace process.