The MOUs were signed in line with President Moon Jae-in's visit to Sweden on the last leg of his eight-day Northern Europe trip that also took him to Finland and Norway.

The agreements include those signed by the Korea International Trade Association and the Korea Trade-Investment Promotion Agency, as well as the signings between research labs to jointly develop new technologies in the fields of carbon convergence and internet-of-things (IoT), the industry ministry said.

"We will actively support the expansion of exchanges between the two countries' companies through the South Korea-Sweden industry cooperation committee, which will be established on the occasion of the president's trip," Industry Minister Sung Yun-mo said. 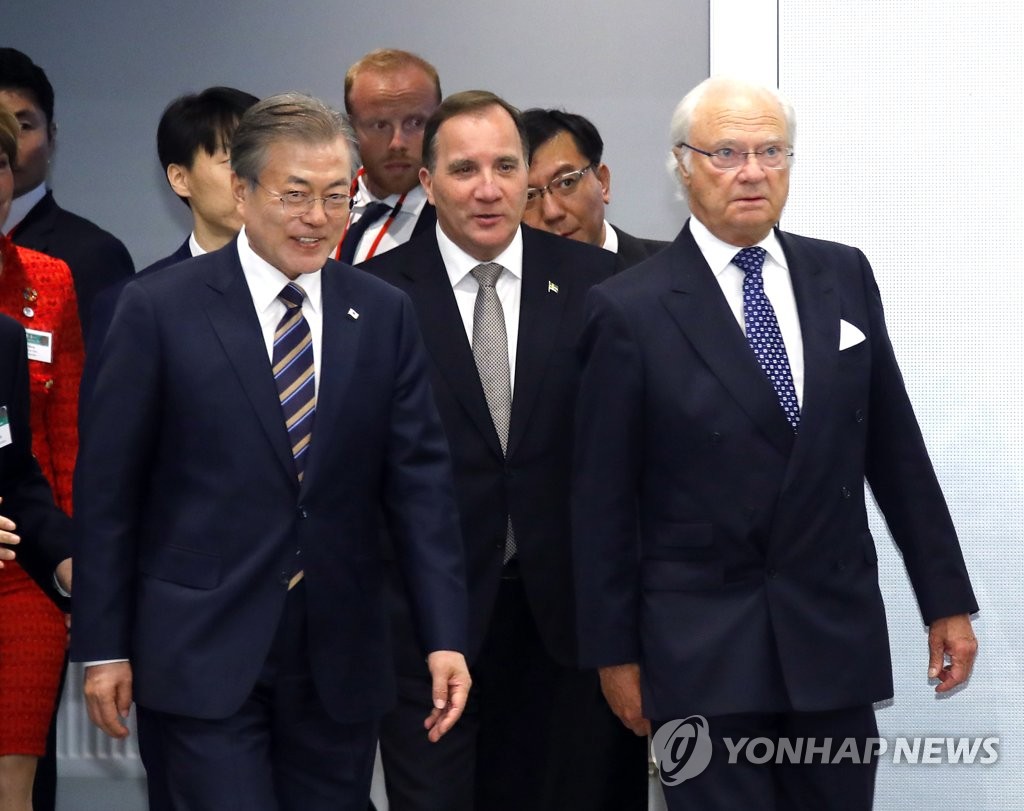