STOCKHOLM, June 15 (Yonhap) -- The leaders of South Korea and Sweden agreed Saturday that their tech-savvy, like-minded countries have great potential for closer partnerships in various sectors, including in response to the Fourth Industrial Revolution and Seoul's pursuit of inclusive growth.

Speaking after a summit with Swedish Prime Minister Stefan Lofven, President Moon Jae-in noted that the two-way trade volume reached an all-time high of US$2.9 billion in 2018.

"The amount of investment is fast increasing as well. But it's not satisfactory yet," he stressed.

The two countries have "a lot of potential" to expand trade and investment, the president added, citing their top-notch ICT and science-technology capabilities. 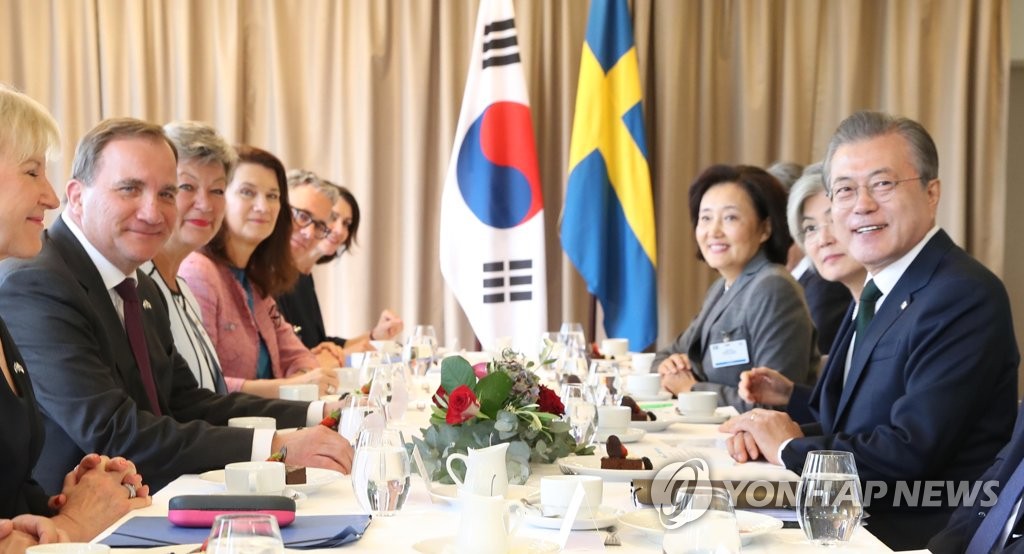 "As middle-power nations, which pursue open economies, they will be able to create a much greater synergy if bilateral cooperation deepens, thus creating new growth engines and leading the Fourth Industrial Resolution era together," he said.

Lofven agreed that South Korea and Sweden have much in common in terms of industrial structure and innovative growth vision.

"There's strong potential. We are looking forward to increased cooperation with South Korea," he said.

To that end, the Korea Startup Center will open in Stockholm next year.

The two nations signed a separate memorandum of understanding (MOU) on fostering startups and SMES and two other MOUs on industrial and defense industry partnerships.

Moon characterized Sweden as an "exemplary advanced nation" in every field. He said he was "inspired" by Sweden, an advance nation, for its mature politics, world-class innovation and welfare as well as gender equality and labor-management relations.

The choice of the Grand Hotel Saltsjobaden in the suburb of Stockholm as the summit venue was meaningful. The 1938 Saltsjobaden Agreement was signed there between the Swedish Trade Union Confederation and the Swedish Employers Association. 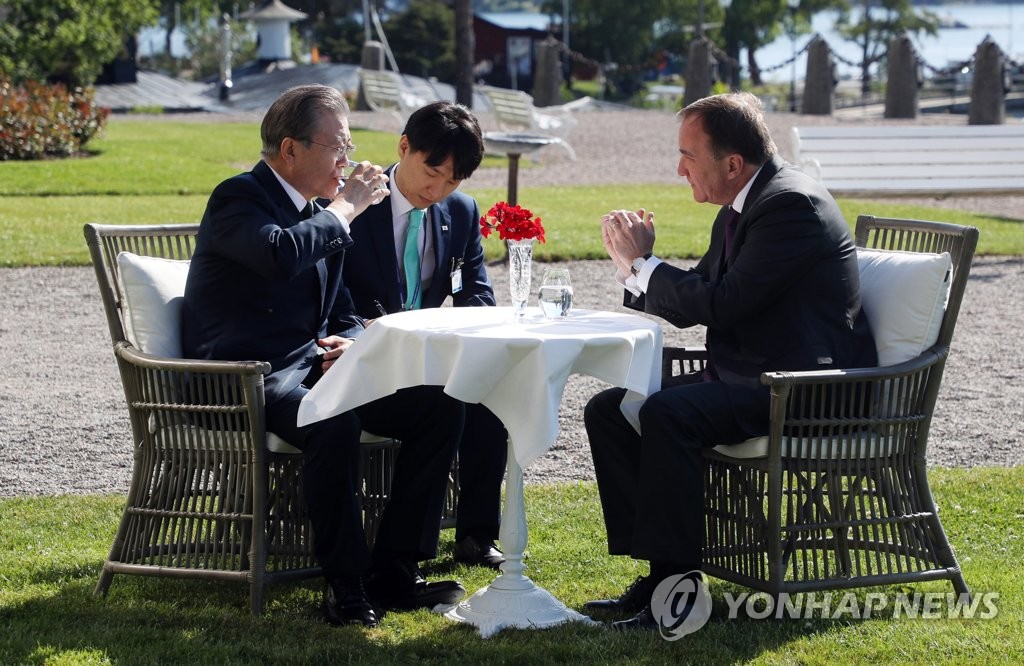 Lofven, meanwhile, reaffirmed Sweden's unswerving support for the Korea peace initiative, which he said is a "complex and difficult" issue.

He said his country will provide every possible support, although it's not a main player in the process led by Seoul, Pyongyang and Washington

Moon's three-day state visit to Sweden came as the two sides commemorate the 60th anniversary this year of their formal diplomatic ties.

The leaders agreed that it's expected to become an "important opportunity" to lay the foundation for closer cooperation in the coming 60 years, Moon's office Cheong Wa Dae said.

Moon is scheduled to leave Stockholm for Seoul later Saturday.