The regional tour provided him with an opportunity to learn about Nordic experiences in green growth and labor-management relations, as well as social polices promoting welfare and empowering women. 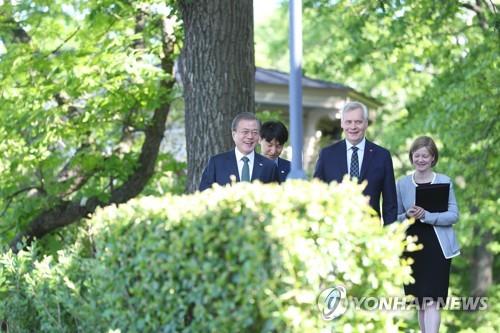 He used a couple of high-profile, nicely worded speeches to deliver an update of his peace vision, one in Oslo and the other in Stockholm. 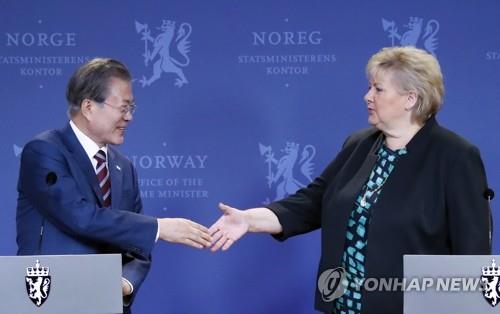 He seems to have attained the first aim, at least to some extent, through summits with the leaders of the countries. After talks with Moon on Thursday, Norwegian Prime Minister Erna Solberg pointed out that a summit itself is a "catalyst for a lot of other activities" to lead to closer partnerships.

"The summits are testament to the strength of South Korea's relations with Finland, Norway and Sweden, as well as the capacity and will of Seoul to pursue diplomacy beyond Asia," Leif-Eric Easley, associate professor of international studies at Ewha Womans University in Seoul, said in an emailed commentary.

One question is whether his fresh peace message has resonated through the Kim Jong-un regime. 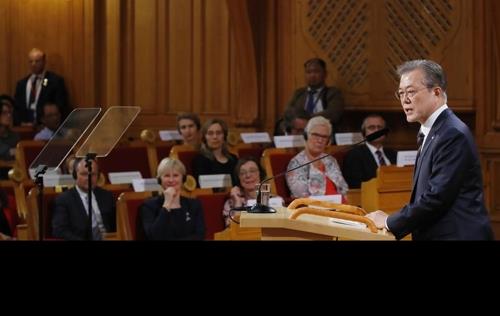 Addressing the Oslo Forum, he emphasized the need for "peace for people" to remove "structural violence" that Koreans have suffered for decades due to division.

In a post-speech Q&A session, he said he wants to meet again with Kim before U.S. President Donald Trump visits South Korean around the two-day G-20 session to open in Osaka, Japan, on June 28.

"It is dialogue, not nuclear arms, that will keep North Korea secure," he emphasized, calling on it to prove its denuclearization commitment with a concrete action.

While the momentum of talks is still alive, there's not much time left before the peace process loses steam, he added.

A silver lining is that the leaders of North Korea and the United States maintain not-so-bad personal ties as shown by a recent "beautiful and warm" letter exchanged between them.

The two Koreas are also continuously communicating with each other through "various channels," according to Moon, who spoke after talks with Swedish Prime Minister Stefan Lofven on Saturday.

It's uncertain whether Moon's speeches abroad last week will be effective in persuading Pyongyang as his Berlin address in 2017 was.

Observers do not rule out the possibility of another inter-Korean summit taking place at the truce village of Panmunjom after a short period of preparations.

Wrapping up a week of hectic summit diplomacy in Northern Europe, he will face a host of thorny pending issues at home amid sharp political standoffs.

South Koreans are split over how to deal with Pyongyang. Moon is in need of more public support for his plan to send humanitarian food aid to the impoverished neighbor.

The government has yet to get a supplementary budget bill passed at the National Assembly, while the main opposition Liberty Korea Party is virtually boycotting parliamentary sessions. 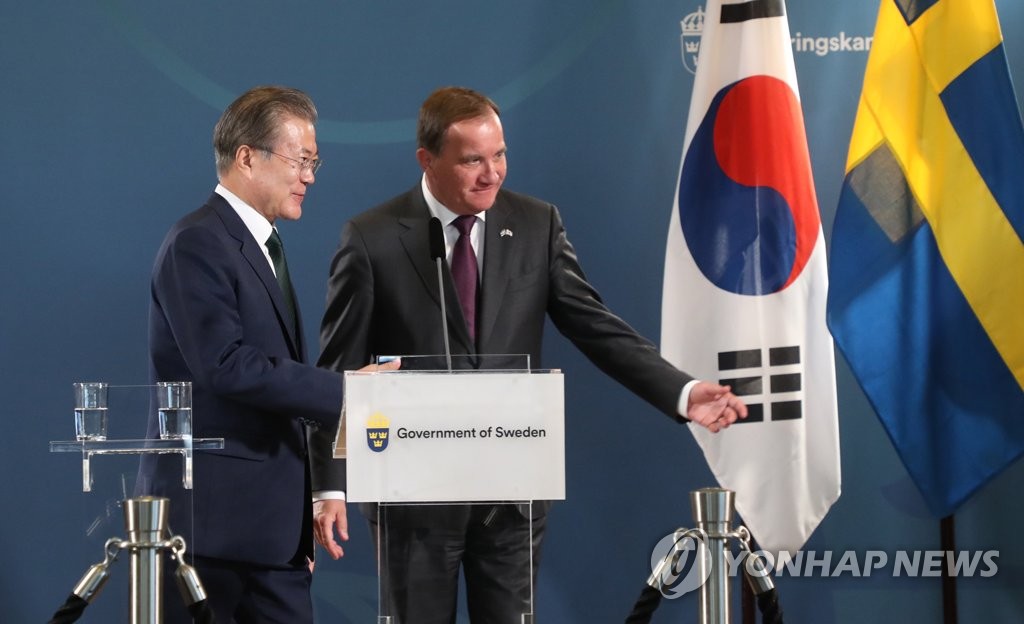