SEOUL, June 16 (Yonhap) -- Tens of thousands of South Koreans took to the streets nationwide on Saturday to cheer for the country's under-20 football team, hoping that the young players could clinch the first-ever World Cup title in the final match with Ukraine.

Seoul and major cities organized street cheering events to help fire up football fans, as the championship match will kick off in Poland at 1 a.m. Sunday (South Korea time).

"There is nothing that I desire if they do their best. I will root for them here until the end of the game," Lee Jeong-in, a 22-year-old office worker in Seoul, said. 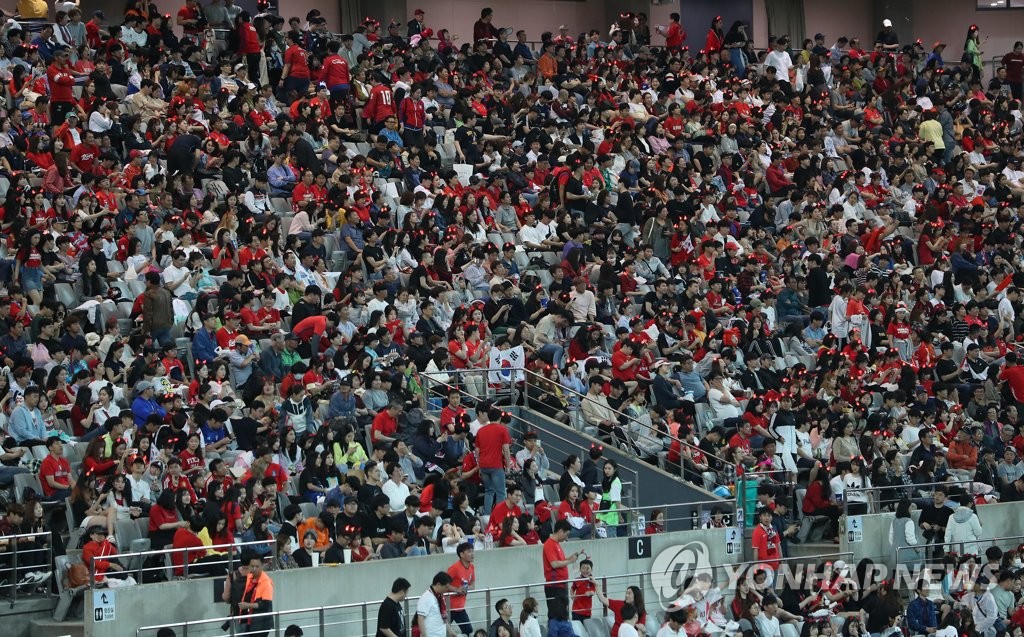 Street cheering for World Cup matches first started here in 2002, when South Korea, a co-host with Japan, reached the semifinals during the World Cup.

Since then, for key football matches, South Korean fans, clad in red shirts, come out of their homes to cheer their side on, turning plazas and other public places into seas of red.

Football supporters enjoy watching big matches together on outdoor screens, shouting "Daehanminguk!" -- "Republic of Korea!" in Korean -- and waving the national flag, the Taegeukgi, to support the Taegeuk Warriors.

South Korea have never won a men's FIFA tournament. The country's previous best performances at FIFA-organized men's competitions were fourth-place finishes at the 1983 U-20 World Cup in Mexico and the 2002 World Cup in South Korea and Japan.

If Korea beat Ukraine, they will also become the first Asian country to win the U-20 World Cup championship.

Korean football fans are hoping that South Korea, coached by Chung Jung-yong, could continue a five-matching winning streak into the final.

There are even petitions calling for military service exemptions for the U-20 players. All able-bodied South Korean men are required to serve in the military as the country is technically at war with North Korea.

"I will cheer for the team loudly enough for my voice to be heard by the Korean players in Poland," the 18-year-old Kim Eo-jin said in Suwon, south of Seoul.

Starting at 11 p.m., anyone who wanted to join the cheering event could enter the stadium free of charge. But the possession of fireworks, glass bottles or alcohol beverages was not allowed.

The KFA originally planned to use Gwanghwamun Square in central Seoul, one of two main locations for street cheering in the capital, the other being Seoul Plaza.

But it canceled its plan out of safety concerns as ultra-right wing party members have recently occupied part of the square to call for the release of jailed former President Park Geun-hye.

Outdoor watch events on the streets have been prepared in several spots in Seoul, including places outside the bustling Gangnam subway station in southern Seoul and at the park surrounding Seokchon Lake in the city's southeast.

Operations hours for subways and buses will be extended for citizens' convenience, according to the Seoul Metropolitan Government.

Haeundae Beach in the southeastern port city of Busan is one of the main venues for street cheering in the city, with a large screen set up for watching the game.

Other major cities including the southeastern city of Daegu and the southwestern city of Gwangju will likely turn red with football fans. 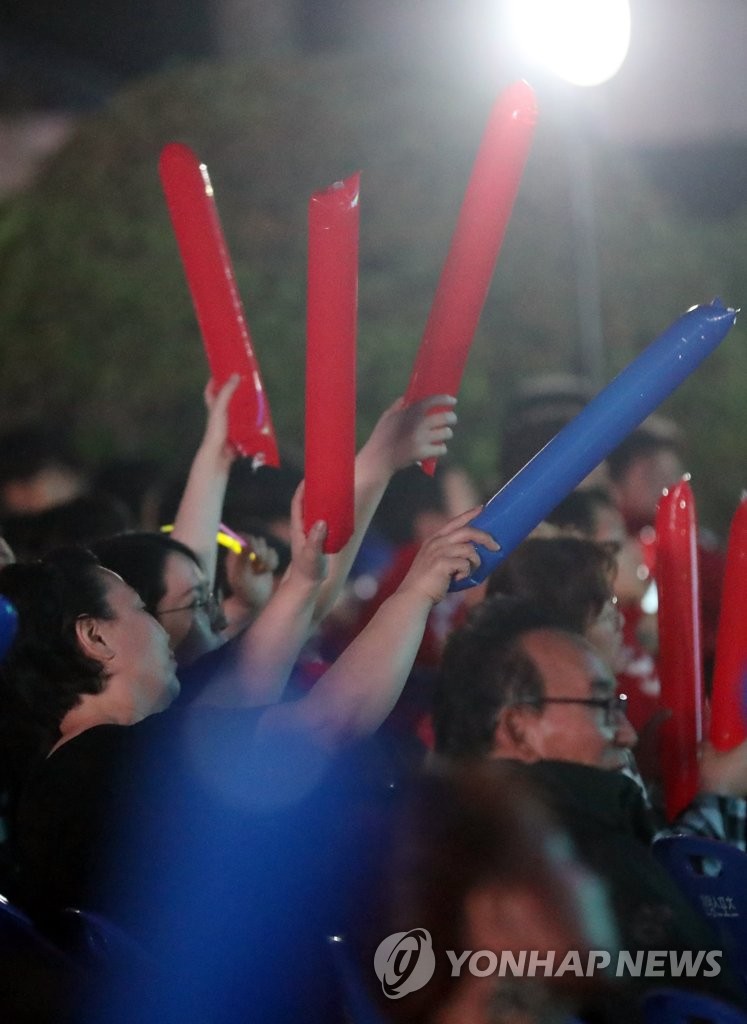 S. Koreans take to streets to cheer for U-20 World Cup final

S. Koreans take to streets to cheer for U-20 World Cup final