SEOUL, June 15 (Yonhap) -- The Cannes-winning "Parasite" surpassed 8 million in total admissions on Saturday, looking poised to join other films in the 10 million club.

According to data from the Korean Film Council (KOFIC), "Parasite" reached over 8 million in admissions just past 3 p.m. Saturday, the 17th day since its much anticipated release. The family satire directed by Bong Joon-ho earned the Palme d'Or at this year's Cannes Film Festival and has stayed at the top of the local box office since its premiere on May 30.

"Parasite" is ahead of the pace set by a handful of earlier films that sold more than 10 million tickets, including Bong's own 2006 film "The Host."

"Roaring Currents," a 2014 film about Admiral Yu Sun-shin's heroics in the 16th century, remains the most-viewed film ever in South Korea with 17.6 million admissions. 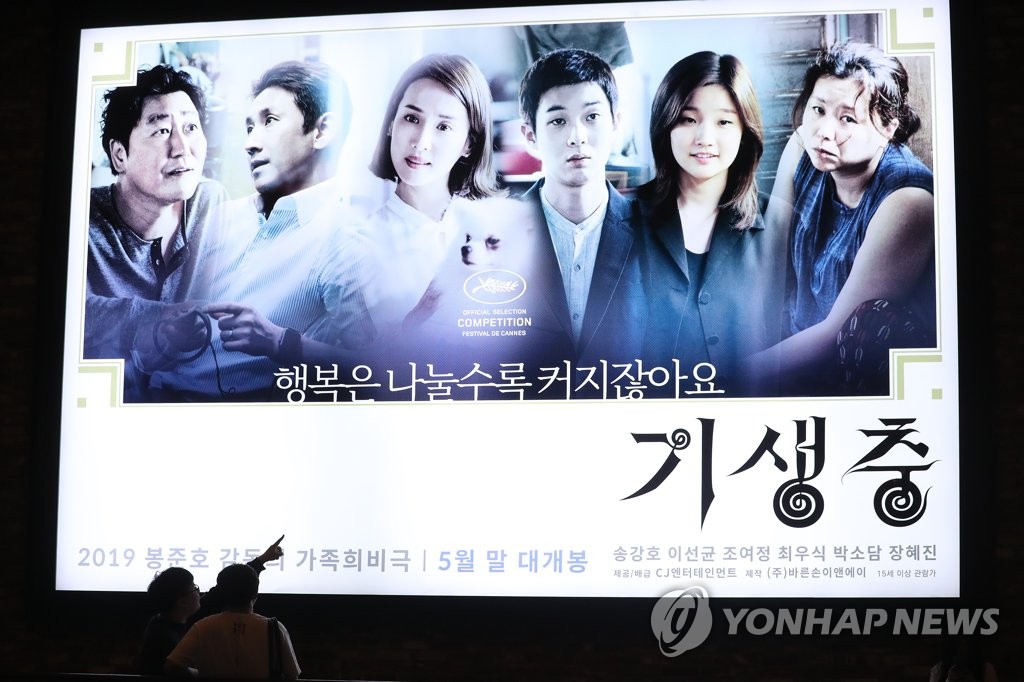