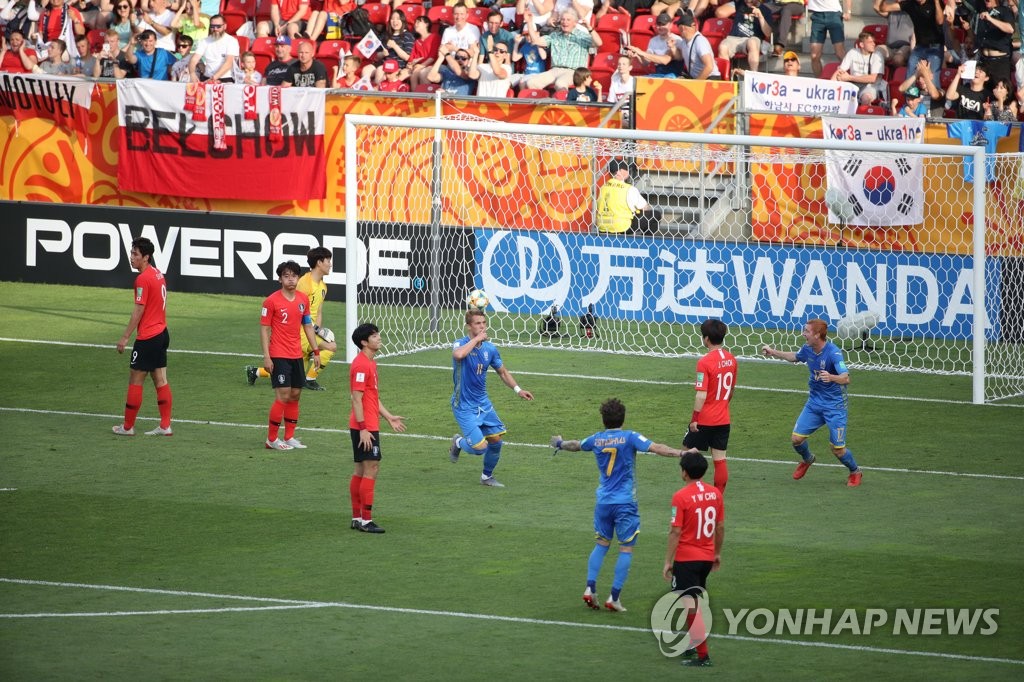 "The players did the absolute best they could, and they executed everything tactically and strategically," Chung said. "As their coach, I didn't quite give them the opportunity to succeed. I'll try to learn from this experience."

Chung said the players got away a bit from their aggressive game plan, trying to protect their early lead rather than to build on it. 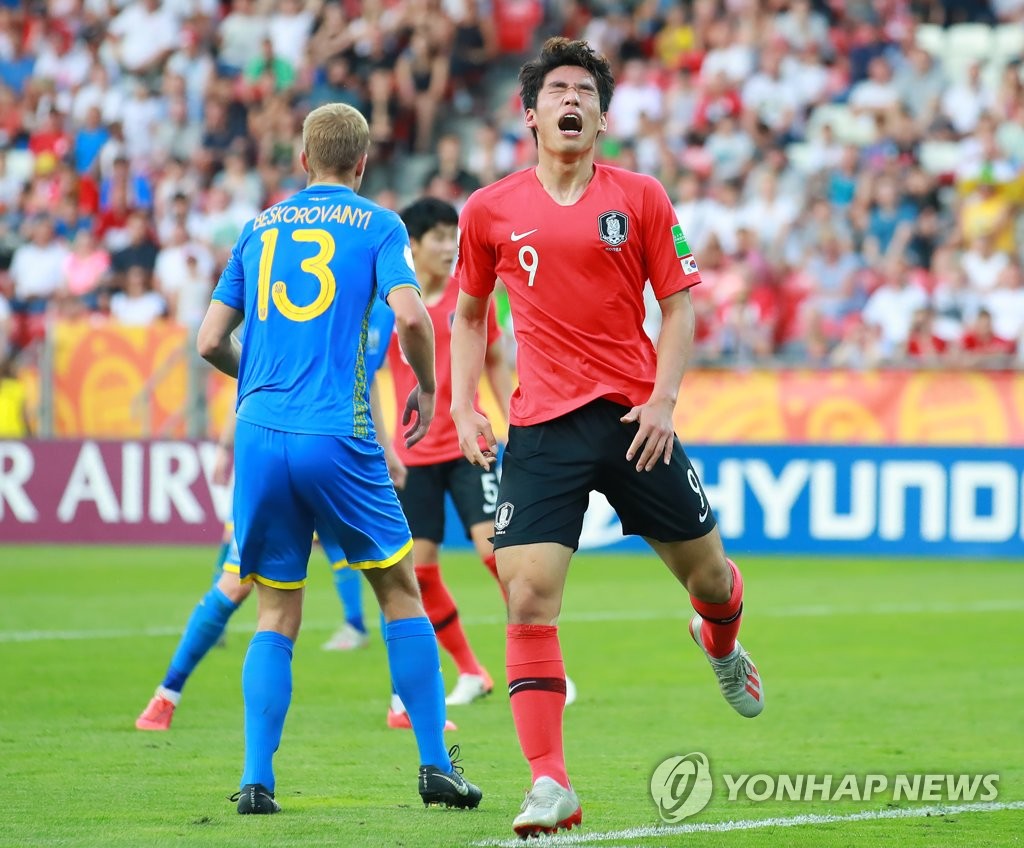 The teams traded a goal apiece in the first half, with South Korea striking first in the fifth minute with Lee Kang-in's successful penalty.

The penalty was awarded following a video review, the second time South Korea earned the spot kick after a replay in the tournament. Danylo Beskorovainyi tripped up Kim Se-yun just inside the box, and the video assistant referee (VAR) determined the foul occurred inside the area.

Lee stepped up and beat Andriy Lunin for an early 1-0 lead. It was Lee's second goal of the tournament, both coming on penalties.

Ukraine had never trailed in the tournament before Lee's goal. Playing catch-up for the first time, Ukraine were rushing their offensive buildup and the players were visibly frustrated when passes didn't find their intended targets.

But they settled down midway through the half and started asserting control in the attacking zone.

The equalizer came in the 34th minute following some fortuitous bounces. South Korea's clearing attempt following a free kick pinballed between Oleksiy Khakhlov and Kim Se-yun at the top of the box, and the ball rolled straight back toward the goal mouth to Vladyslav Supriaha, who struck it past Lee Gwang-yeon to make it 1-1.

South Korea remained in the scrambling mode the rest of the first half, with Oh Se-hun's injury-time shot that missed the net high being the only decent scoring chance after the opening goal. 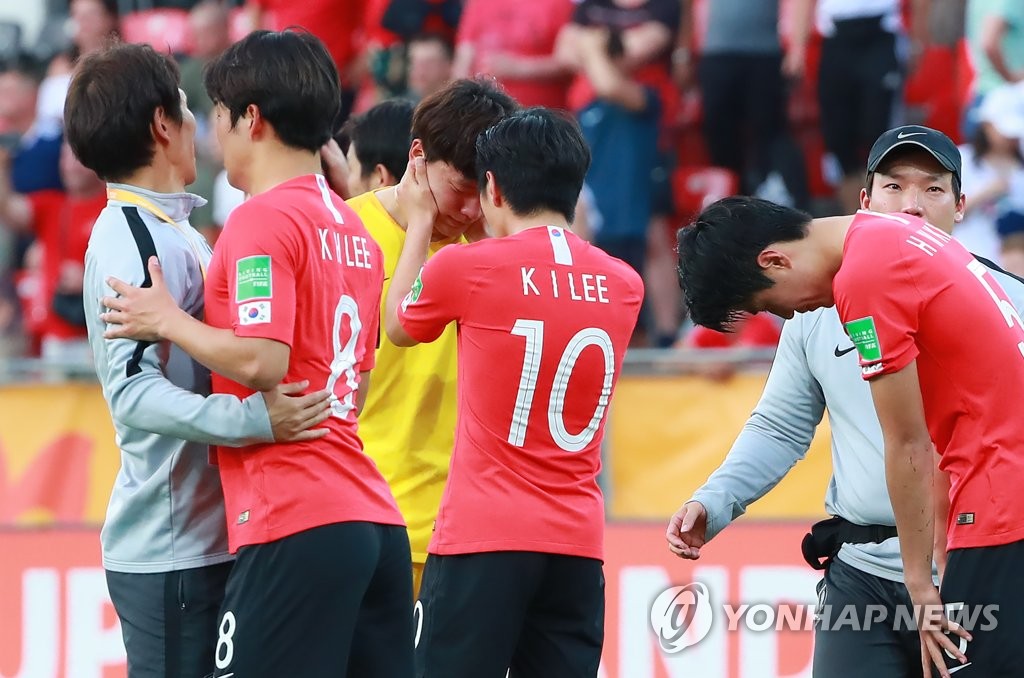 Supriaha gave Ukraine a lead with his second goal of the match in the 53rd minute. Pushing hard for a go-ahead goal, South Korea overcommitted on offense, and Ukraine exploited the gaping hole on defense with a speedy counterattack.

Yukhym Konoplia threaded a pass between two defenders to set up Supriaha, whose low shot from the right wing beat Lee Gwang-yeon on the far side.

Viktor Korniienko almost made it 3-1 for Ukraine, as he pounced on a poor clearing by Kim Jung-min and fired a shot that rolled just past the right goal post.

South Korea came within inches of tying the score in the 70th minute. Lee Jae-ik tried to head home a Lee Kang-in corner, but Lunin got a piece of the ball for his best save of the match and had it go off the crossbar.

South Korea spent most of the remainder of the match in the offensive zone but couldn't finish around the net. In the 86th, Oh Se-hun's header from a Lee Kang-in feed went right at Lunin for the team's last opportunity to tie things up.

Ukraine dashed any hopes of a South Korean comeback in the 89th minute, as Tsitaishvili scored on a one-man fast break. South Korean defenders struggled to match Tsitaishvili's speed, as the midfielder sprinted in from the half-way line untouched and fired one last shot past Lee Gwang-yeon.