The 18-year-old playmaker helped lead South Korea to the runner-up finish, the country's best showing ever at the biennial tournament. Lee scored South Korea's lone goal in their 3-1 loss to Ukraine in the final at Lodz Stadium in Lodz earlier in the day.

Lee, who plies his trade with Valencia CF in Spain, had two goals and four assists in seven matches during the country's unexpected championship run. 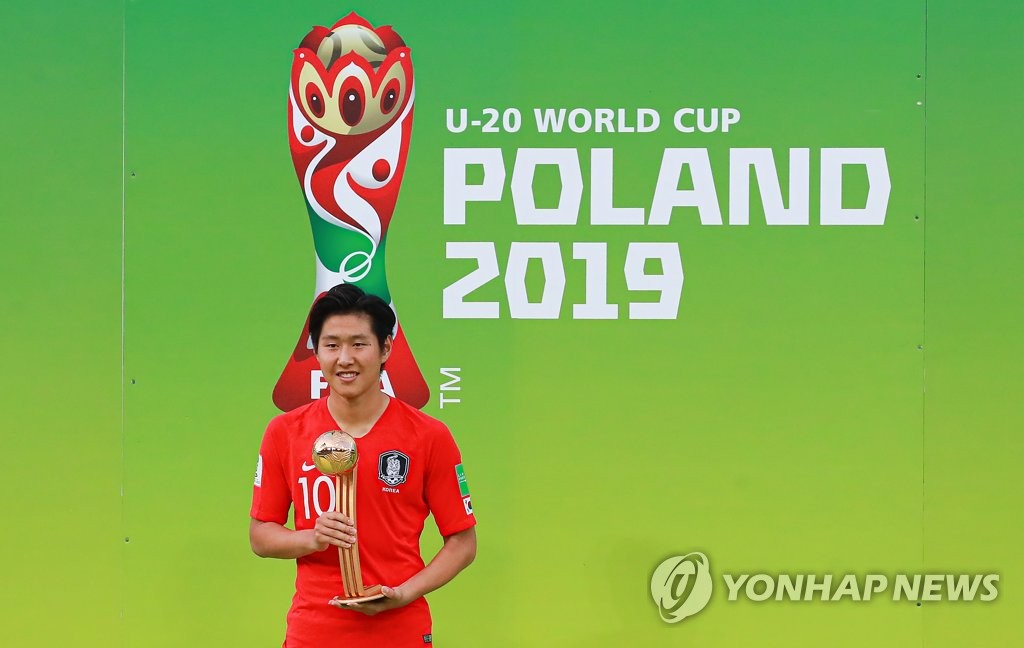 Lee becomes the first South Korean man to win the top individual award at a FIFA international tournament. At the 2010 U-17 Women's World Cup, Yeo Min-ji won both the Golden Ball as the top player and the Golden Shoe as the scoring champion.

Despite being the team's youngest member, Lee played with poise and savvy in the attacking zone, not to mention his considerable skill and vision. He often undressed multiple defenders with his dazzling dribbling and 360-degree Marseille turns, and set up scoring chances with gorgeous passes that wowed the crowd and struck fear into opponents. As the team's designated spot kicker, Lee set up a couple of goals on free kick and corner kick situations, and scored both of his goals on penalties. 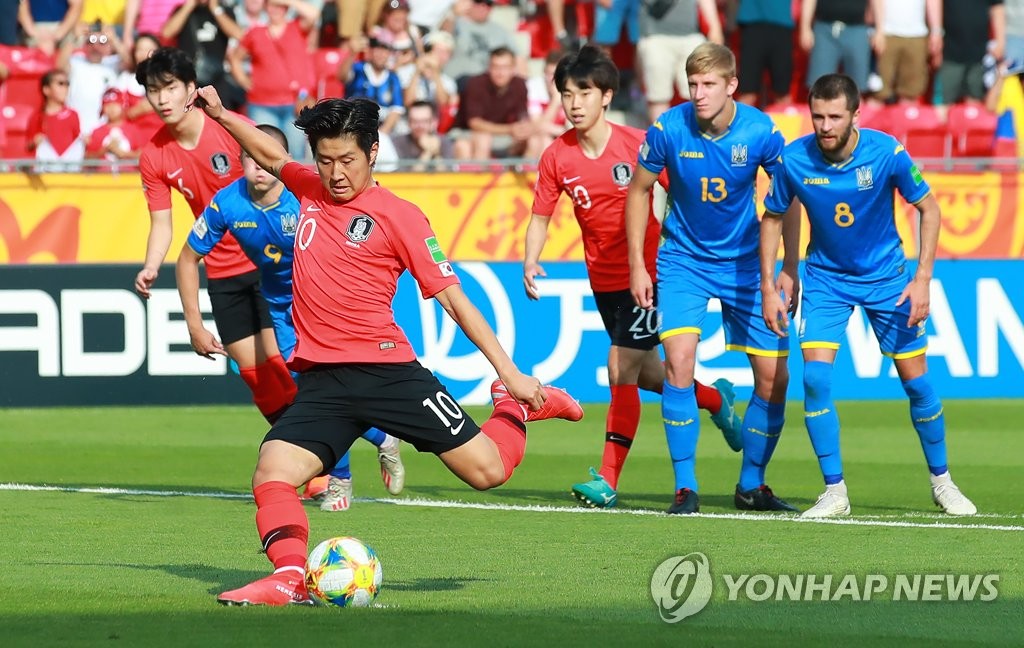 Lee announced his arrival at the tournament with a marvelous cross to set up Oh Se-hun's header against Argentina in the final Group F match. Lee was involved in all three goals for South Korea in regulation and extra time against Senegal in the quarterfinals, where South Korea prevailed 3-2 on penalties. Lee converted a second-half penalty for his first goal of the tournament and then set up Lee Ji-sol's last-minute equalizer from a corner kick to send the match into extra time.

And six minutes into the extra period, Lee sprung Cho Young-wook free with a picture-perfect through ball, leading to a goal that made it 3-2 South Korea.

A brilliant heads-up play by Lee set up South Korea's only goal in the 1-0 win over Ecuador in the semifinals. Before the defense got set up on a free kick, Lee took a quick peek at wide-open wing back Choi Jun and poked the ball forward. The play developed so fast that it didn't just send Ecuadorian players scrambling: even the broadcast feed didn't switch back from a replay on time and barely managed to show Choi's goal live.

In the final, Lee opened the scoring for South Korea by converting a fifth-minute penalty, but Ukraine battled back with three unanswered goals to snatch the championship.

The loss did nothing to take the shine off Lee's sparkling performance at the tournament, as he became the first player since Adama Traore of Mali in 2015 to win the Golden Boot from a non-championship team.