LODZ, Poland, June 15 (Yonhap) -- One more win and South Korea would have made history at the FIFA U-20 World Cup in Poland on Saturday.

But after losing to Ukraine 3-1 in the final at Lodz Stadium in Lodz, the young Taeguk Warriors instead settled for second place, unable to give the country its first championship at a FIFA men's tournament.

Maybe "settled" is the wrong word. Coached by Chung Jung-yong, this South Korean team wasn't even supposed to reach the knockout stage, let alone the final. 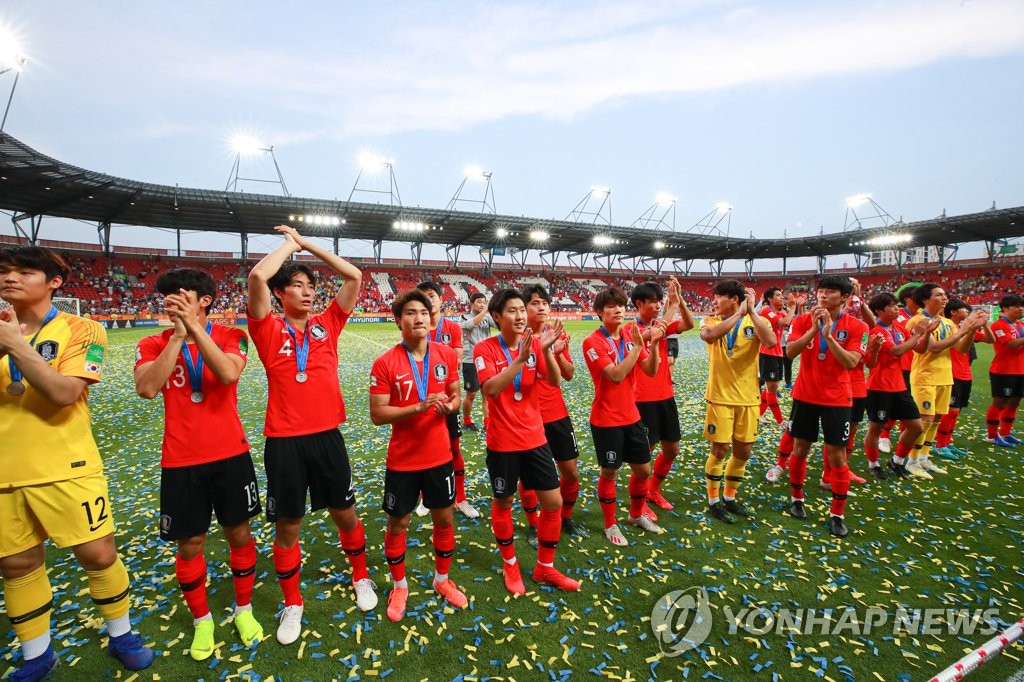 Saturday's loss snapped South Korea's winning streak at five, and they were one chapter away from completing a storybook ending. But this shouldn't diminish the fact that South Korea still made their share of history.

This is South Korea's best performance at any FIFA men's tournament. They had finished fourth at the 1983 youth tournament, which was then called the FIFA World Youth Championship. And 19 years later at the senior World Cup, South Korea also ended in fourth place. No men's team had even reached the final of any FIFA tournament. The country's only FIFA championship had come at the 2010 U-17 Women's World Cup.

Before the tournament, South Korean players talked confidently about making the final four to match the feat of an upstart South Korean team at the 1983 tournament in Mexico. The country hadn't even gone past the quarterfinals since, and given that this South Korean team would face pre-tournament favorites Argentina and Portugal in the group stage, there was little cause for optimism this time around.

Skeptics scoffed at the players' bravado and dismissed it as a product of their youthful exuberance. At least you had to give them credit for having such supreme confidence. 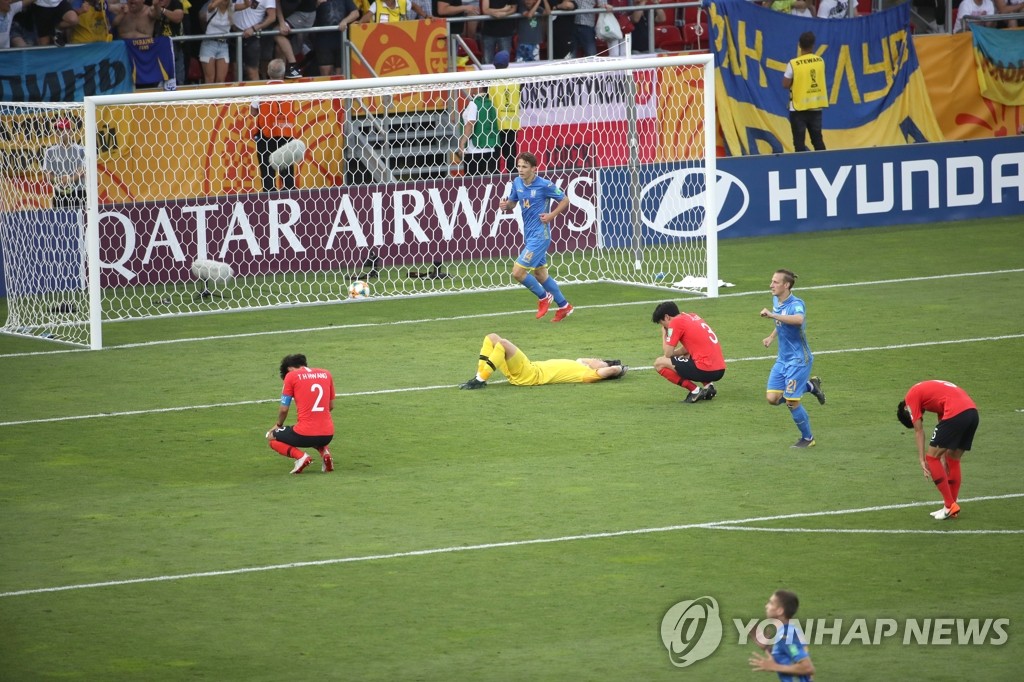 The players only gave their critics extra ammunition by losing the first group match against Portugal 1-0 on May 25. But they became a completely different team since, reeling off five consecutive victories to reach the final for the first time.

They knocked off South Africa and Argentina in succession to qualify for the round of 16. Then they eliminated Japan in the first knockout match with a nail-biting 1-0 win. But there was even more drama waiting in the wings, as South Korea engaged Senegal in a memorable quarterfinal duel before prevailing 3-2 in the penalty shootout.

The young Taeguk Warriors got past Ecuador 1-0 in the semifinals, assuring themselves of the country's best showing at this biennial event.

And the winner's trophy appeared within grasp in the final, as South Korea opened the scoring in just the fifth minute thanks to Lee Kang-in's penalty goal.

The spot kick was awarded following a video review, after Kim Se-yun got tripped up by Danylo Beskorovainyi right on the top of the line defining the penalty area. 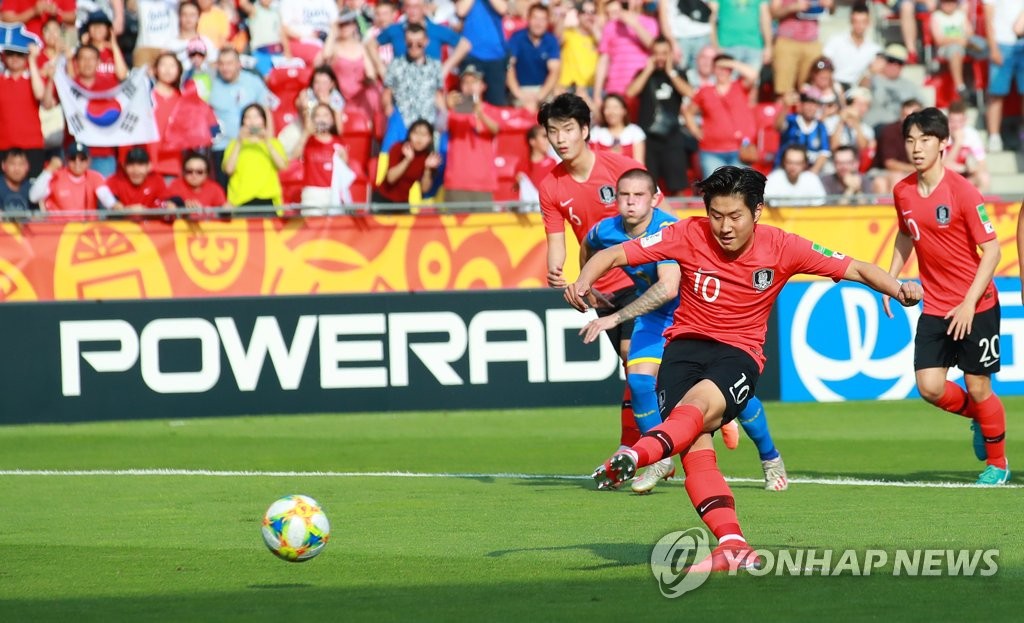 It was the second time that South Korea earned a penalty after a video replay. This looked to be the latest bit of luck for a team that had enjoyed some fortune along the way. Their opponents hit the woodwork at some crucial moments, and against Senegal, South Korea had a potential insurance goal by their opponents wiped out on a handball violation detected in a video review.

But Lady Luck stopped smiling on South Korea after the opening goal. Ukraine, which had never trailed in the tournament until the final, stormed back with three unanswered goals. Ukraine were too fast and too opportunistic for South Korea, whose defenders in particular had trouble containing the speedy attackers of Ukraine.

Ultimately, the championship trophy to South Koreans was like an object in a rearview mirror, appearing closer than it really was.