SEOUL, June 16 (Yonhap) -- SK Telecom Co. said Sunday it has agreed with two European telecom equipment makers to work together to upgrade the performance of the commercial 5G network and develop technologies related to 6G.

South Korea's leading mobile carrier signed memoranda of understanding (MOUs) with Finnish firm Nokia on Wednesday and Sweden's Ericsson the next day to step up collaboration on the network business, in time for President Moon Jae-in's visit to the Nordic nations.

The three companies agreed to improve "ultra-reliable, low latency" of the 5G network and apply them in the commercial networks deployed in South Korea.

SK Telecom rolled out its 5G commercial network in South Korea in early April using equipment by the two telecom suppliers and has been building more base stations to expand the coverage nationwide.

Under the agreement, they will also co-develop core technologies for 6G to get ahead in next-generation cellular technology and explore new business models, SK Telecom said.

Though still in an embryonic stage, the upcoming 6G aims to integrate satellites for global coverage to provide far higher data rates and faster Internet speeds than 5G, according to the International Research Journal of Engineering and Technology. 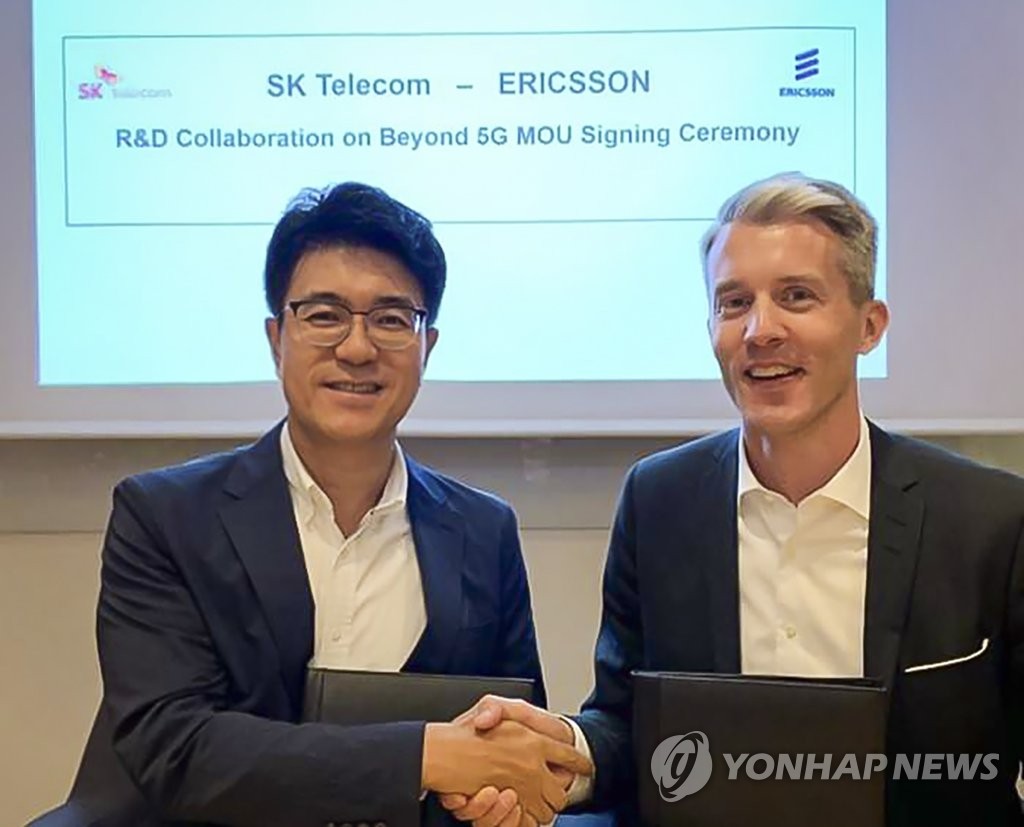