The Ministry of Agriculture, Food and Rural Affairs said it conducted disinfection at hog farms located south of the Demilitarized Zone separating the two Koreas from June 5 to Friday, after the North confirmed the outbreak of the swine fever on May 30.

The ministry said blood tests of pigs from about 600 farms were negative for the swine fever virus, noting it will additionally carry out tests on 35 hog farms and continue quarantine efforts. 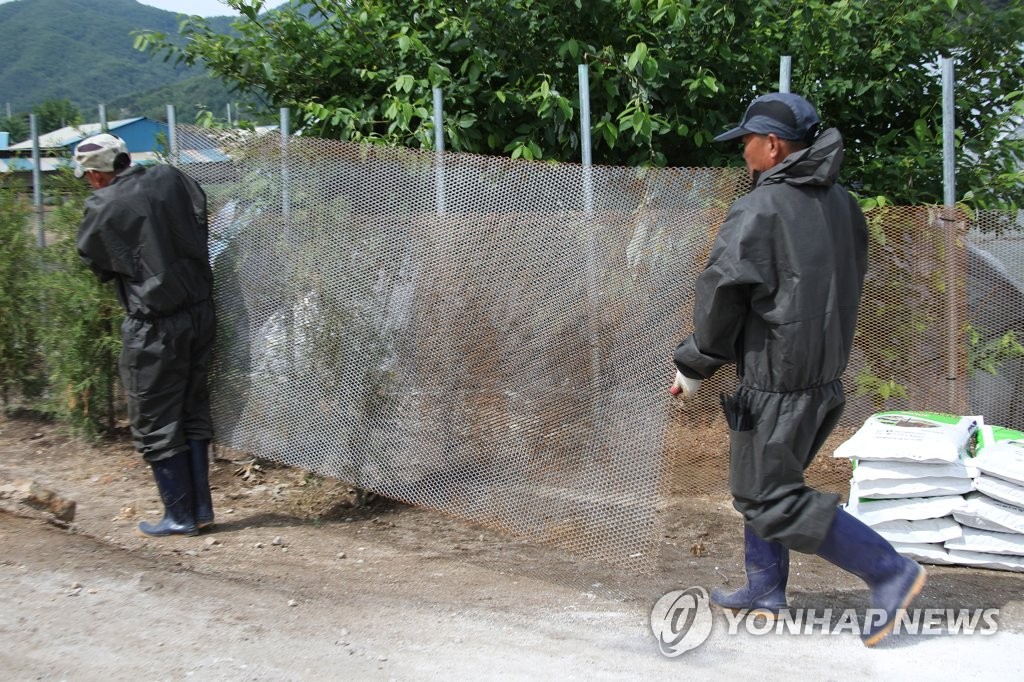 African swine fever is a viral disease of pigs and wild boar that is usually deadly. There are neither vaccines nor cures.

Pyongyang reported a confirmed case of the animal disease at a pig farm in a region bordering China to the World Organization for Animal Health last month.

The animal disease outbreak is feared to add to the already strained food supply in the impoverished state by possibly devastating its livestock industry.