The keywords of his discussions during the state visits were peace, innovation and inclusive growth. 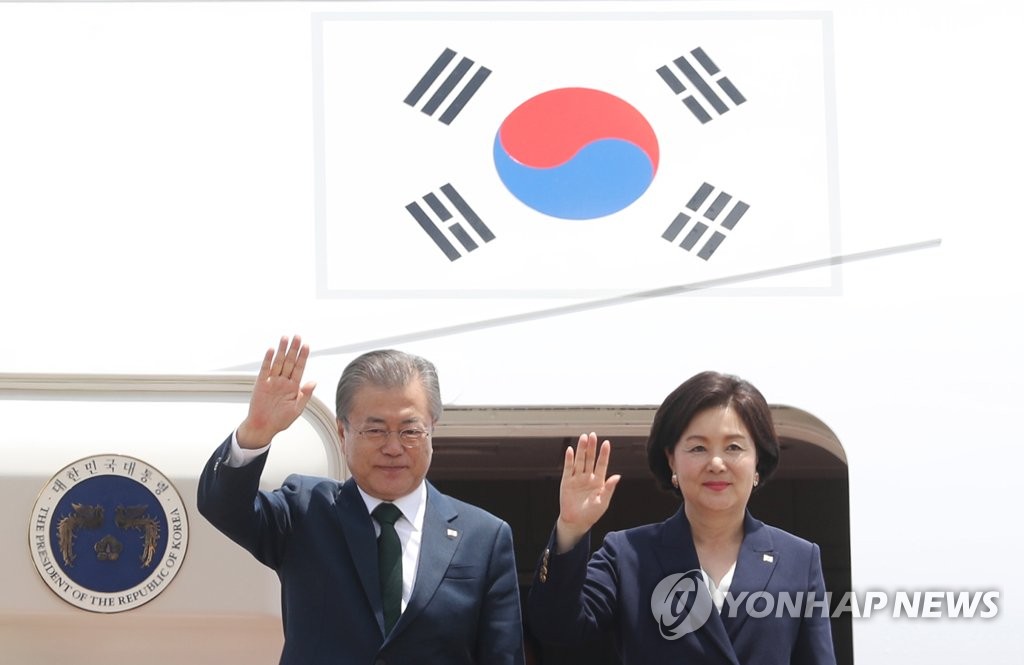 Moon secured firmer support for the Korea peace process from the Nordic nations and paved the way for stronger partnerships during the fourth industrial revolution and discovery of the next economic growth engines, according to his office, Cheong Wa Dae.

The liberal Moon administration has campaigned for balancing growth between conglomerates and small and medium-sized enterprises (SMEs), as well as promoting welfare for those in need and gender equality. Moon will review what he can learn from the countries' policies and experiences.

He delivered two key speeches in Oslo and Stockholm on his peace vision based on the goal of completely denuclearizing the Korean Peninsula.

He called on North Korea to restart dialogue, either bilateral or multilateral, and abandon its nuclear program, emphasizing that it's the only way to win security assurances and move toward prosperity.

But it remains uncertain whether and how Pyongyang will respond to Moon's offer.

The president, who has entered his third year in office, faces lingering political setbacks at home. Conservatives are opposed to his warm approach toward the nuclear-armed communist neighbor, which has avoided having negotiations and instead resumed some of its missile activities since the unsuccessful Hanoi summit with the United States in late February.

With social unity elusive and political wrangling persistent ahead of next spring's general elections, a set of reform and supplementary budget bills, proposed by the government and the ruling party, remain pending at the National Assembly.

The main opposition Liberty Korea Party argues that the president has no intention of cooperating with the opposition bloc and is only interested in currying favor with the Kim Jong-un regime.

Moon back in Korea after Northern Europe trip

Moon back in Korea after Northern Europe trip