SEOUL, June 16 (Yonhap) -- President Moon Jae-in met with the bereaved family of Lee Hee-ho, a former first lady, immediately after returning from a weeklong trip to Northern Europe on Sunday.

Moon and first lady Kim Jung-sook headed straight to the house in Donggyo-dong, located in western Seoul, from a military airport in Seongnam, Gyeonggi Province.

They had a meeting with Lee's sons -- Kim Hong-eop, former lawmaker, and Kim Hong-geol, permanent president of the Korean Council for Reconciliation and Cooperation -- along with other members of the family, according to Cheong Wa Dae spokesperson, Ko Min-jung.

"(We) lost a great figure of the country," the president was quoted as telling them. 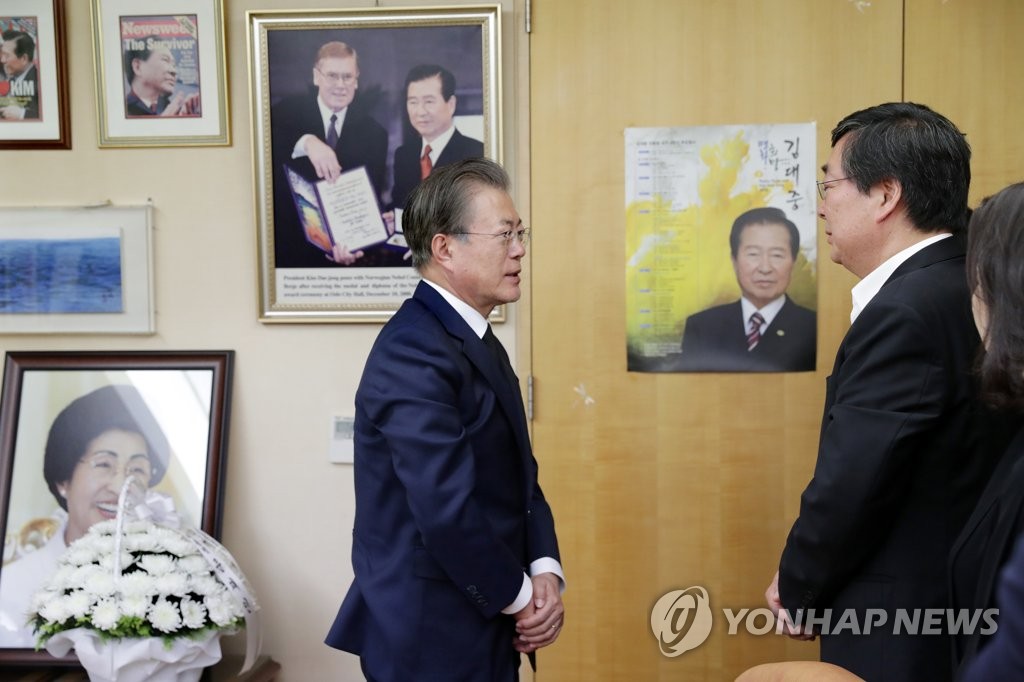 Lee, the widow of former President Kim Dae-jung, passed away on June 10 after battling liver cancer.
Both Kim and Lee are widely recognized for their tireless efforts for inter-Korean reconciliation and peace.

Lee is also known for her lifelong campaign to enhance women's rights.

Her funeral was held at Seoul National Cemetery on Friday.

Moon was absent at the ceremony, as he was on a state visit to Sweden, the last leg of his regional swing that also took him to Finland and Norway.

Moon pointed out that, "The history of peace on the Korean Peninsula started under the administration of President Kim Dae-jung, and she was always with him."

Kim Hong-eop, her second son, expressed his gratitude to Moon and the first lady for their condolences, Ko said.