Some 22,000 fans from at home and abroad, known as "ARMY," gathered at Busan Asiad Auxiliary Stadium for the second and final day of the septet's "5th Muster [Magic Shop]" tour performances in the country's second-largest city. 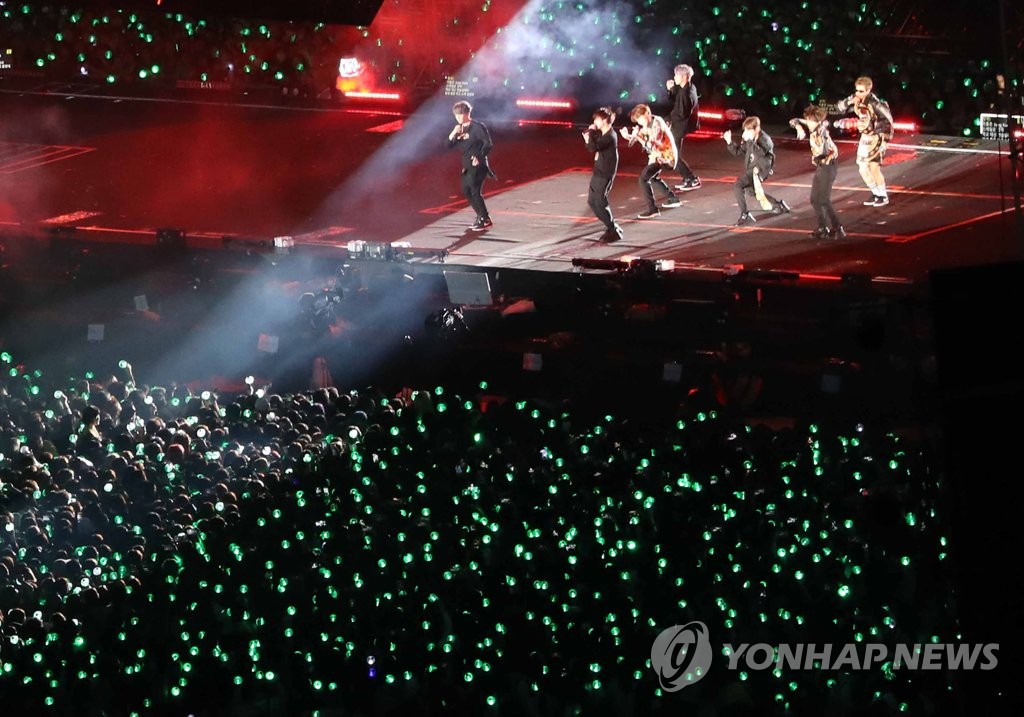 Their appearance onstage instantly turned the stadium into a venue of feverish excitement, where fans sung along in unison all throughout the show and followed the band's picture-perfect choreography, with the standing-only arrangement setting the atmosphere ablaze with further enthusiasm and energy.

Though the event organizer draped black veils around the stadium, it was simply not able to deter fans and citizens who failed to get tickets from trying to peek through them.

During the two-day event, fans enjoyed retrospective tours that included the Busan neighborhoods where Jimin and Jungkook spent their childhoods. The Busan government made diverse special events featuring the two members to greet fans.

Wrapping up the meeting with fans in Busan, the band is to the capital to throw the Seoul leg of the "5th Muster [Magic Shop]" tour at Olympic Gymnastics Arena slated for June 22-23. 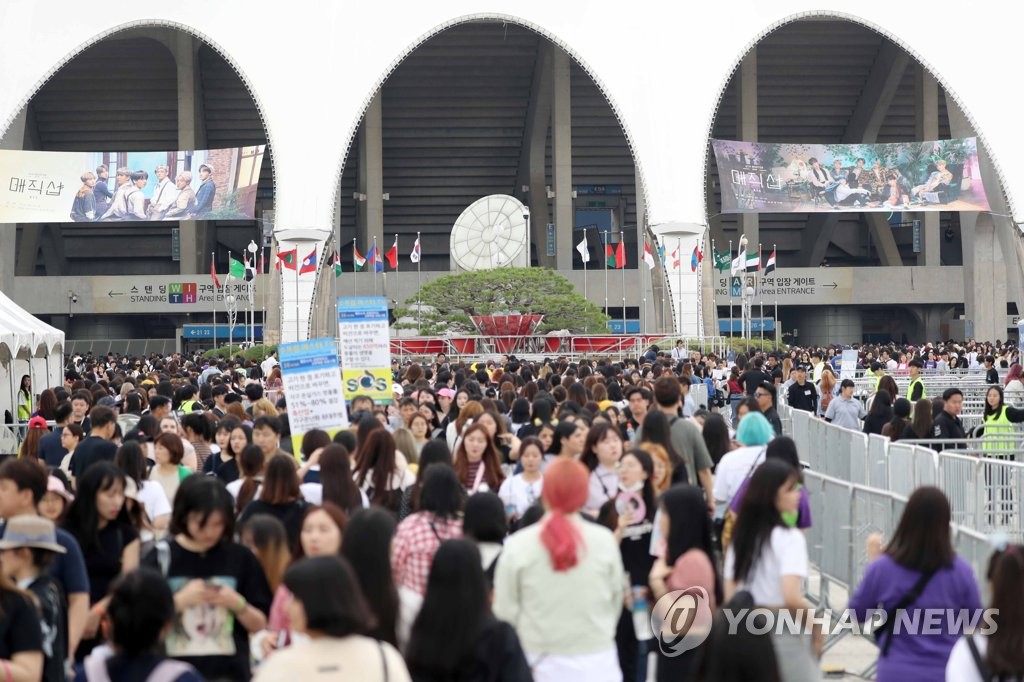