SEOUL, June 17 (Yonhap) -- Uncertainties stemming from the escalating U.S.-China trade dispute and a slowdown in Asia's fourth-largest economy are changing the way investors here behave, with many apparently rushing to buy what they believe to be safer assets, such as bonds, gold and houses, data showed Monday.

Bond prices have skyrocketed to multi-year highs and gold prices have also continued to climb as investors parked part of their money in safer havens, with the trend likely to continue going forward, according to analysts.

The preference for so-called safe assets has been profound following the collapse of U.S.-China trade negotiations on May 10 without a deal. 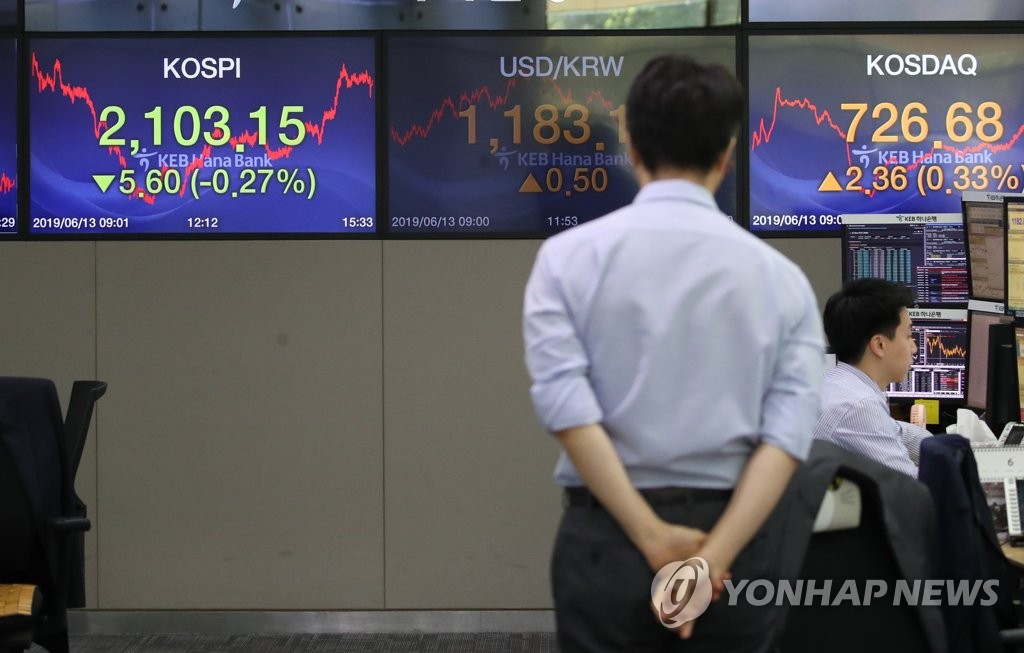 As of the end of May, the net asset value of bond funds reached a record high of 117.7 trillion won ($99.3 billion), up 3.2 percent from 114 trillion won a month earlier, largely thanks to massive cash inflows and hopes for a rate cut, according to data released by the Korea Financial Investment Association (KOFIA).

"The bond market was bullish thanks to a foreign capital inflow from the equity market, where foreign investors net sold their shares as the uncertainty grew in the stock market," it said.

In contrast, the net asset value of equity funds, or money invested in stocks, plunged 6.3 percent -- 5.3 trillion won -- to 78.3 trillion won over the cited period.

The expectations of a rate cut had yields on benchmark bonds such as 3-year Treasurys continue to slide this year, hitting multi-year lows. For one, the rate on the 3-year Treasury stood at 1.47 percent on Friday, far below the country's benchmark rate of 1.75 percent set by the Bank of Korea.

"Due to heightened uncertainties, we cannot rule out the possibility of two cuts this year," Lee Gun-tae, an economist at LG Economic Research Institute, said.

Previously, many expected the trade war to end soon as U.S. President Donald Trump hinted at a possible summit with his Chinese counterpart, Xi Jinping, at the upcoming Group of 20 summit in Japan this month.

Recent remarks from the U.S. leader, however, indicate the two may have not yet arranged a bilateral meeting, stoking speculation that the U.S.-China trade dispute may last years.

What apparently concerns many investors here is that a prolonged trade war between the world's two largest economies may undermine South Korea's economic fundamentals as the countries also happen to be the two biggest importers of goods from Asia's fourth-largest economy.

Exports are said to account for about half of the country's gross domestic product, which unexpectedly shrank 0.4 percent in the first quarter from three months earlier.

Amid the apparent signs of a drawn-out trade war, signs of investor preference for safer assets are becoming clear. 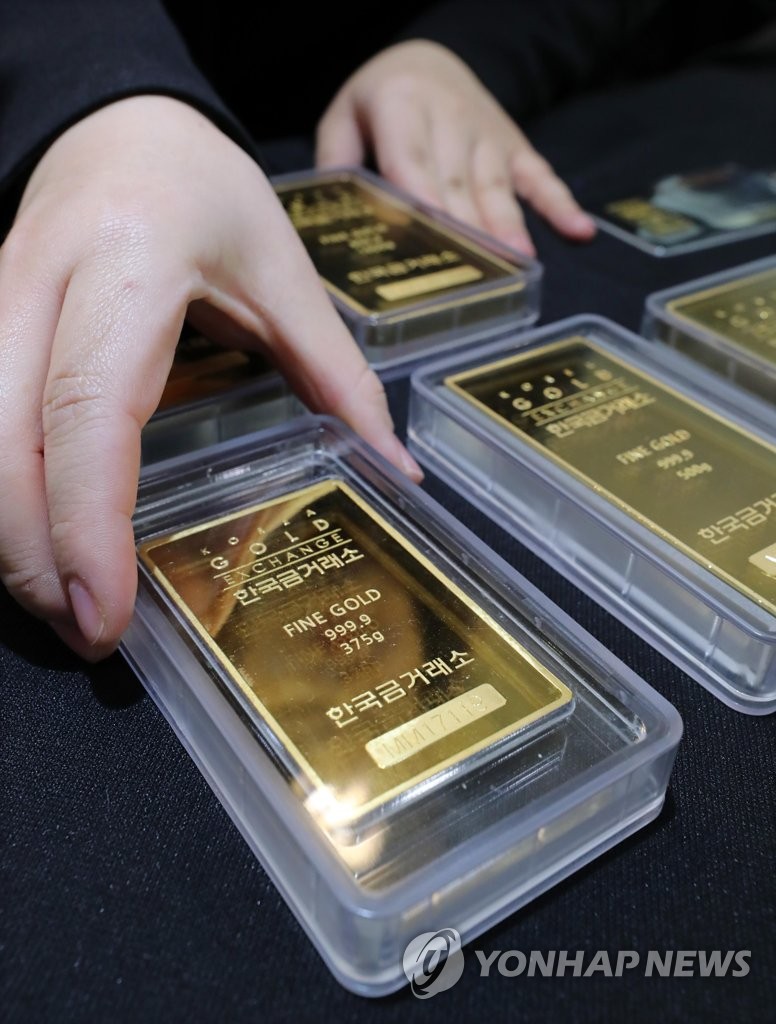 Demand for gold, traditionally considered a safe asset, is skyrocketing.

According to three major local banks, the amount of gold they sold in May came to about 298.4 kilograms, more than double the 149.6 kg sold in April and over six times January's 48.6 kg.

The value of gold sold by the Korea Minting and Security Printing Corp. also climbed a record high of 4.3 billion won last month.

The money pulled out from the local stock market may also be finding its way into the real estate market.

The rise also comes amid what many believe to be unprecedentedly strong anti-speculation measures specifically targeting the Gangnam and other plush districts that began almost immediately after the incumbent Moon Jae-in administration took office in May 2017.

In May, the net asset value of real estate funds gained 1.7 trillion won, or 2.1 percent, from a month earlier, reaching 85.6 trillion won.