During her visit to Russia on Sunday night (Moscow time), Foreign Minister Kang Kyung-wha spoke by phone with U.S. Secretary of State Mike Pompeo ahead of Trump's trip to South Korea after the Group of 20 summit in Osaka, Japan, on June 28 and 29.

They shared an understanding that Trump's visit to Korea will serve as a crucial opportunity to discuss ways to achieve the complete denuclearization of the peninsula and a lasting peace, and to strengthen the bilateral alliance, according to the ministry.

"Regarding this, the diplomatic authorities of the South and the U.S. agreed to continue close consultations," the ministry said in a press release.

Trump's planned trip to Seoul comes as the allies have been striving to resume nuclear talks with Pyongyang, which have been at an impasse since the no-deal summit between Trump and North Korean leader Kim Jong-un in Hanoi in February.

The two sides also agreed to continuously communicate and consult over a range of pending issues, including the situation in the Middle East concerning recent attacks on two oil tankers in the Gulf of Oman.

Kang is in Russia for talks with her Russian counterpart, Sergey Lavrov, on Monday, as Seoul and Moscow seek to enhance cooperation ahead of the 30th anniversary next year of the establishment of bilateral diplomatic ties. 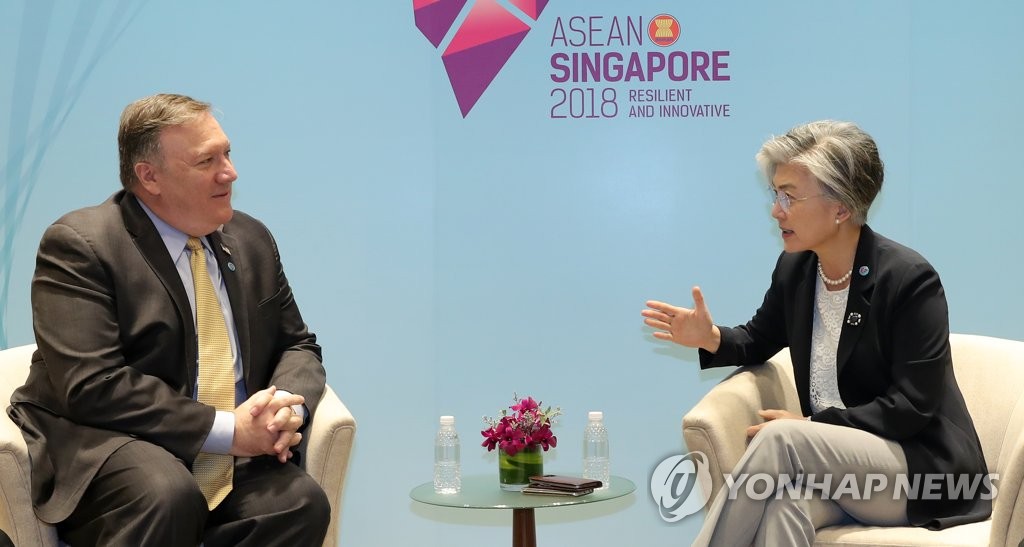