SEOUL, June 17 (Yonhap) -- An extraordinary parliamentary session will open this week following a two-month impasse as the ruling party and its three smaller rivals made a joint request to hold the June session on Monday.

But the main opposition Liberty Korea Party (LKP) did not join the move, clouding the outlook for the smooth operation of the National Assembly, including the passage of an extra budget bill aimed at boosting the slowing economy.

A political impasse came after the ruling Democratic Party (DP) and three minor parties jointly placed key political and judiciary reform bills on the fast-track in late April despite strong opposition from the LKP.

As partisan negotiations to resume the assembly's operation have failed, the minor opposition Bareunmirae Party (BP), the third-largest, spearheaded efforts to submit a request to open an extra session.

The request document containing signatures from 98 lawmakers from the ruling DP and the three minor parties was submitted to the National Assembly earlier in the day. The June session will open on Thursday.

A request to convene an extra session needs signatures from at least a quarter of 298 sitting lawmakers. The DP holds 128 posts, followed by the LKP with 112 and the BP with 28.

"We've decided to submit the request on the grounds that it will be meaningless to wait for a breakthrough in negotiations to resume the parliament," Rep. Kim Su-min, spokeswoman of the BP, told a press briefing.

The move comes as a drawn-out parliamentary impasse has delayed the passage of a 6.7 trillion-won (US$5.6 billion) extra budget bill and other legislation on people's livelihoods. 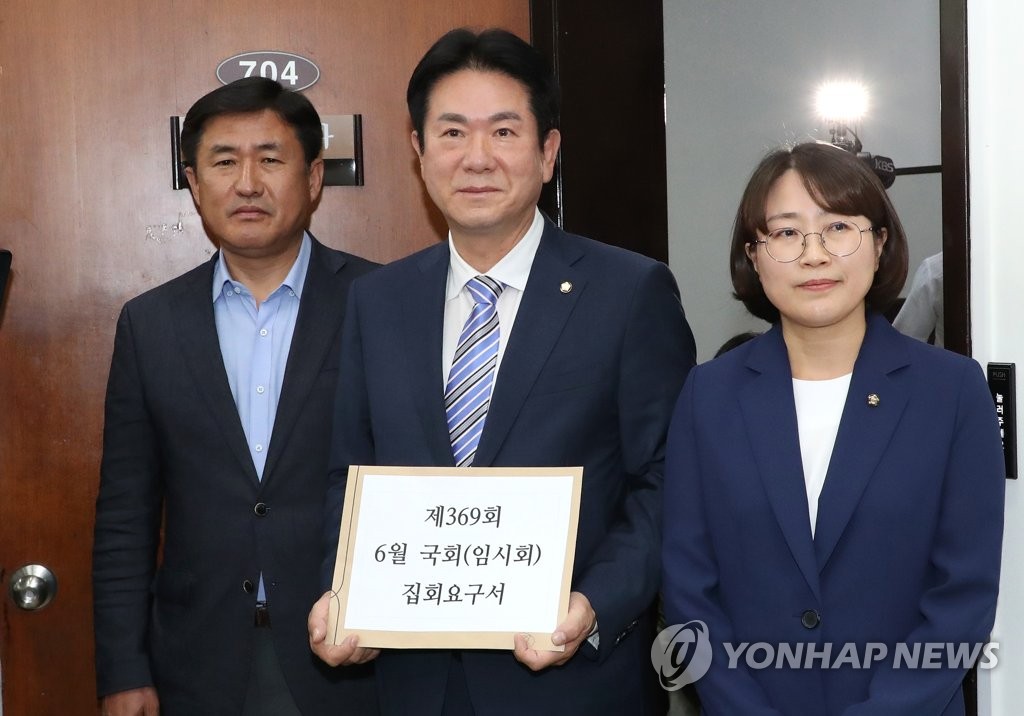 The BP has been working as a broker between the DP and the LKP on a deal to normalize the assembly's operation. The three parties held talks Sunday but failed to narrow gaps over the LKP's demand to hold parliamentary hearings on economic issues.

Previously, one of the main contentious issues was how to handle the key reform bills that were placed on the fast track in April despite strong opposition from the LKP.

The three parties have almost agreed to handle those bills in a consensus in their proposed joint statement.

But the LKP has recently added its demand to hold hearings, claiming it wants to zero in on the failure of the government's economic policy before it starts to review the extra budget bill. The ruling DP rejected the LKP's request as "rude."

The DP did not summon an extra session unilaterally in an apparent bid to keep the door open for negotiations with the LKP.

But it remains highly murky whether the June session will go smoothly without the participation of the LKP.

The conservative LKP made clear that it will not return to the National Assembly if its demands to nullify the fast-track designation and open hearings are not accepted. 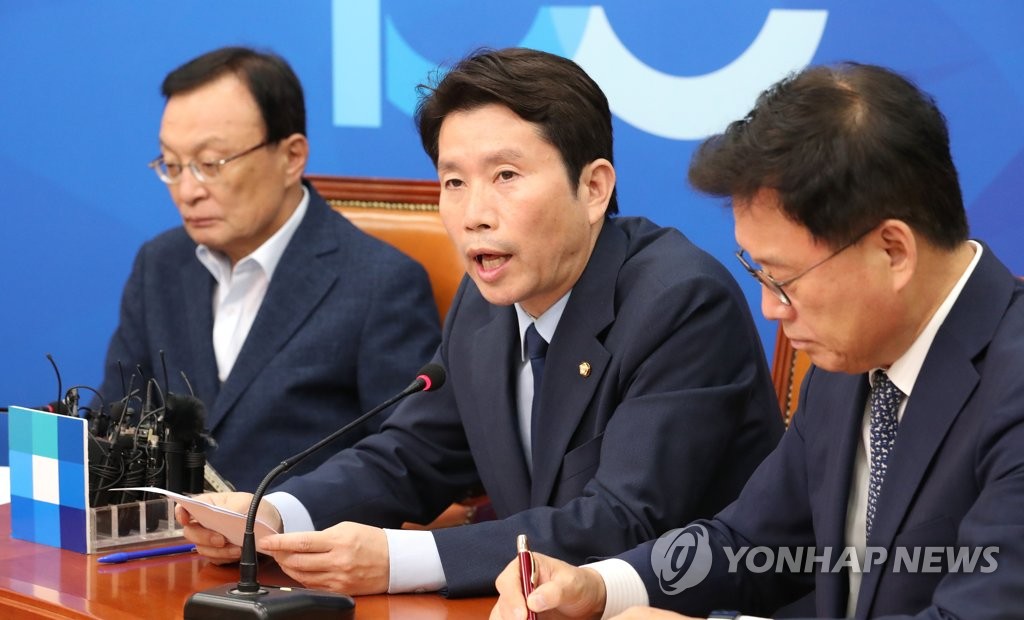