In a commentary, Rodong Sinmun said "hostile forces" are blocking the North from importing "raw materials and supplies essential to the livelihoods of its people and normalizing production."

That leaves them with many problems that need to be resolved quickly, including achieving the local manufacturing of materials and facilities, and relieving the food shortages, it said.

The paper stressed the importance of achieving economic prosperity through a "self-generated" advance in such areas as science and education, so that it won't be "implanted with the imperialists' outsourcing economy."

The commentary comes amid a prolonged stalemate in denuclearization talks between North Korea and the United States since the breakdown of their second summit in Hanoi early this year.

It also comes at a time when Pyongyang has kept mum about South Korean President Moon Jae-in's repeated call for a resumption of dialogue to resolve the North's denuclearization.

During his trip to Northern Europe last week, Moon emphasized the need for North Korean leader Kim Jong-un to restart the talks and that he wants to meet with him again before U.S. President Donald Trump visits Seoul around next week's Group 20 summit in Osaka.

Moon noted that there "is not much time left" before the peace process loses steam.

The Trump-Kim summit in February ended without a deal as the two sides failed to reach common ground on the scope of Pyongyang's denuclearization and relieving sanctions by Washington.

Hopes for a restart in the dialogue have renewed after Trump said last week he received a "beautiful and warm" letter from Kim. 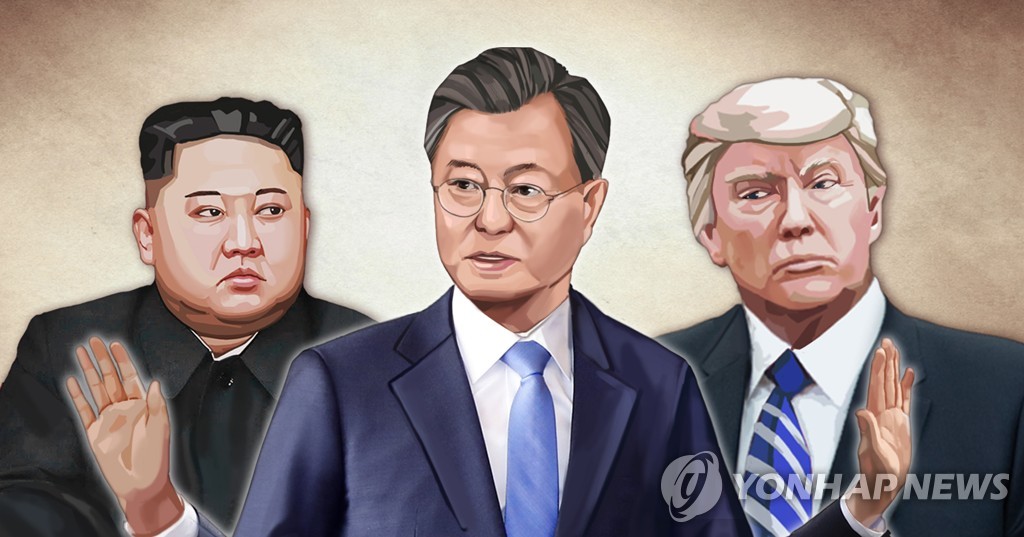