Shipbuilders will benefit from rising demand for liquefied natural gas carriers and environment-friendly ships due to the International Maritime Organization's stricter emissions regulations. Carmakers are also expected to report an improved profitability on a weak won and robust sales of SUV models, according to the Federation of Korean Industries (FKI).

But steelmakers and semiconductors won't likely report any meaningful rebound in business results due to rising costs and a slump in demand, it added.

They seem to be unable to pass most of the price hikes onto customers, the FKI said, adding high inventories remain woes for chipmakers.

The petrochemicals industry still faces uncertainties as the U.S. increases the production of shale gas and the trade war continues between the U.S. and China, it added. 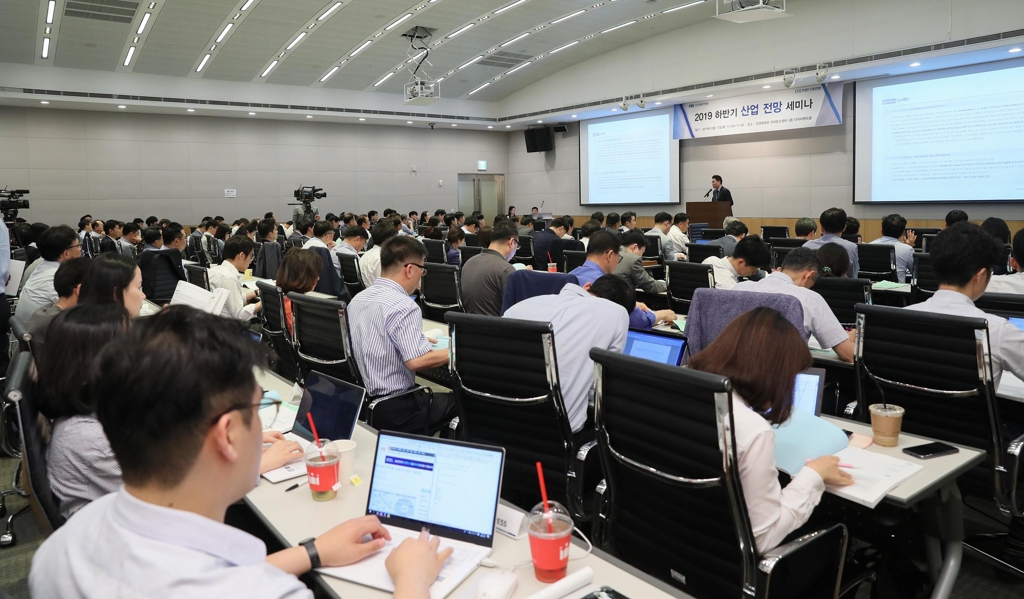