SEOUL, June 17 (Yonhap) -- Putting behind his personal history of growing from a sensational K-pop idol to an entertainment guru, Yang Hyun-suk recently resigned from his posts as CEO and chief producer of YG Entertainment over festering drug issues involving its artists.

B.I, the music-producing leader of iKON, one of the promising boy bands under YG, left the band and had his contract with the agency terminated on June 12 over allegations that he bought LSD pills in 2016.

He was the second YG artist engulfed in a drug-related issue this year. In March, Seungri was dispelled from boy band BIGBANG and the talent agency after a nightclub associated with him came under investigation over drug use and sexual abuse.

Seungri was accused of embezzlement and pimping charges after a widening probe into the case. 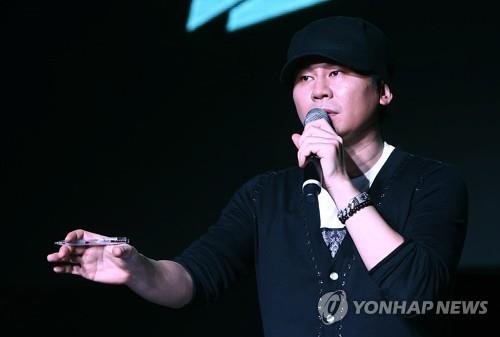 Yet the controversy surrounding YG has not stopped there. Local news media reported allegations that Yang used his influence in thwarting a formal police investigation into B.I's drug case back in 2016.

The Gyeonggi Nambu Provincial Police Agency announced two days later on Friday that it had launched a special 16-member team to look into the drug case as well as the alleged collusion between Yang and the police, hinting at a potential police interrogation of the YG chief.

Yang has already been under the police radar over media-reported allegations that he procured sex services for two potential investors from abroad in 2014.

Also on Friday, Yang announced he would resign from the top post at YG, giving up his control of South Korea's third-biggest listed K-pop label and home to the roaring girl band BLACKPINK.

Yang's departure places the giant music label and its artists on an unusually uncertain path going forward and marks a major disgrace in his much celebrated K-pop career.

Yang stormed onto the K-pop scene as a member of the three-member boy band Seo Taiji and Boys, whose sensational career from 1992-96 introduced hip-hop to the mainstream K-pop scene and made the band virtually the country's first idols, with a status that matched those of today's widely adored K-pop stars.

He founded YG in 1997, which successfully launched on the K-pop scene with its first-generation boy bands such as Jinusean and 1TYM. They were followed by more globally sensational music acts like BIGBANG, 2NE1 and most recently BLACKPINK.

Having been listed on the tech-heavy secondary bourse KOSDAQ in 2011, YG's market capitalization grew to nearly 530 billion won (US$446.6 million), successfully transforming Yang from a K-pop idol to the head of one of the top three music labels.

But YG's ethical standards for its artists came under keen public scrutiny as a number of its associated artists became entangled in drug and marijuana issues.

Park Bom, a member of the four-piece 2NE1, was accused in 2014 of personally importing some 80 pills of the locally prohibited Adderall, an amphetamine-based nervous system stimulant, in 2010. She wasn't officially charged, but 2NE1 was subsequently unable to work as a team before its disbandment in 2017.

Two BIGBANG members -- G-Dragon and T.O.P -- were also accused of smoking marijuana in 2011 and 2017, respectively, with the latter getting a sentence of 10 months in prison, suspended for two years.

YG often responded to such drug allegations with nonchalance and sometimes with a threat to sue those who made accusations for defamation, including in the most recent case of B.I, effectively turning a blind eye to the accused YG artists.

"A talent agency with a proper management system kicks out any artists who have signs of (drug) issues early on, because they have potential to cause a big problem in the future, no matter how talented and promising they are," one official at another talent agency said, referring to Yang's departure.

"I am sorry that YG might have eyed only short-term gains without the minimum moral standards," the official said.

Things indeed went from bad to worse for YG. The company is currently under a special tax investigation for its alleged involvement in the scandal surrounding Seungri.

On top of that, Lee Seung-hoon, a member of another YG boy band, WINNER, was accused of mediating between Yang and a woman who allegedly procured LSD pills for B.I in 2016. Yang threatened her into reversing her police testimony against the iKON member at that time, according to media reports.

WINNER and iKON are among YG's rising young bands, and the recent episodes could taint their names as the two bands are scheduled to hold local and Japanese concerts this month and in July, respectively.

YG's scandal also does not bode well for BLACKPINK, a four-member YG girl band enjoying its heyday with its latest album "Kill This Love" and its namesake title track, which debuted at 41st and 24th on the Billboard album and singles charts, respectively.

With new releases from a flurry of other artists, including Akdong Musician and Eun Ji-won, scheduled for this year, some angry fans began to boycott YG music. They note that the former chief can still have an influence on the label as its largest shareholder. 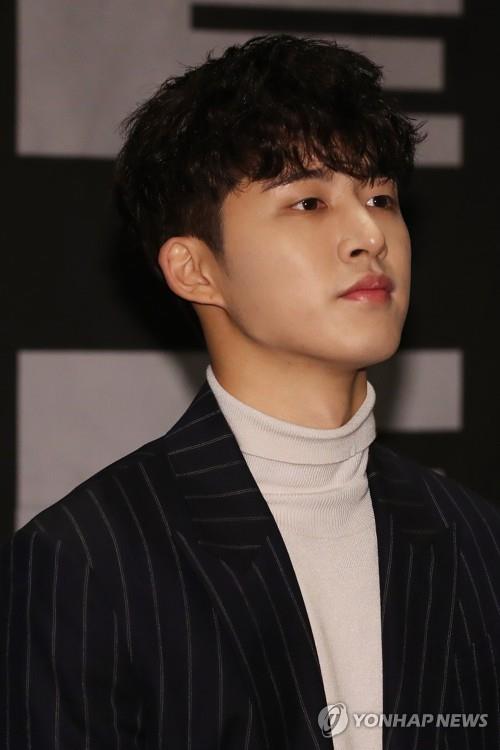