SEOUL, June 17 (Yonhap) -- U.S. President Donald Trump has said his relationship with North Korean leader Kim Jong-un remains "very good" and "strong," although it could change depending on Kim's approach to the stalled denuclearization talks.

"At some point, that may change. And I will have to change, too. But right now, we have a very good, relationship. We have a really very strong relationship," he told an interview with ABC News on Sunday (U.S. time).

The remark came amid renewed hopes for a restart of dialogue between Washington and Pyongyang since the breakdown of their no-deal summit in Hanoi in February. Trump announced last week that he received a "beautiful and warm" letter from Kim.

During Sunday's interview, Trump showed the letter to the host, saying it's "off the record" and adding that it was a "very nice letter."

Regarding the North's firing of weapons in May, Trump said what's important is that the North has tested no nuclear weapons and he saw that as "tremendous progress made."

"There's been essentially no testing whatsoever except for very short range, and that's something that a lot of nations test, frankly." 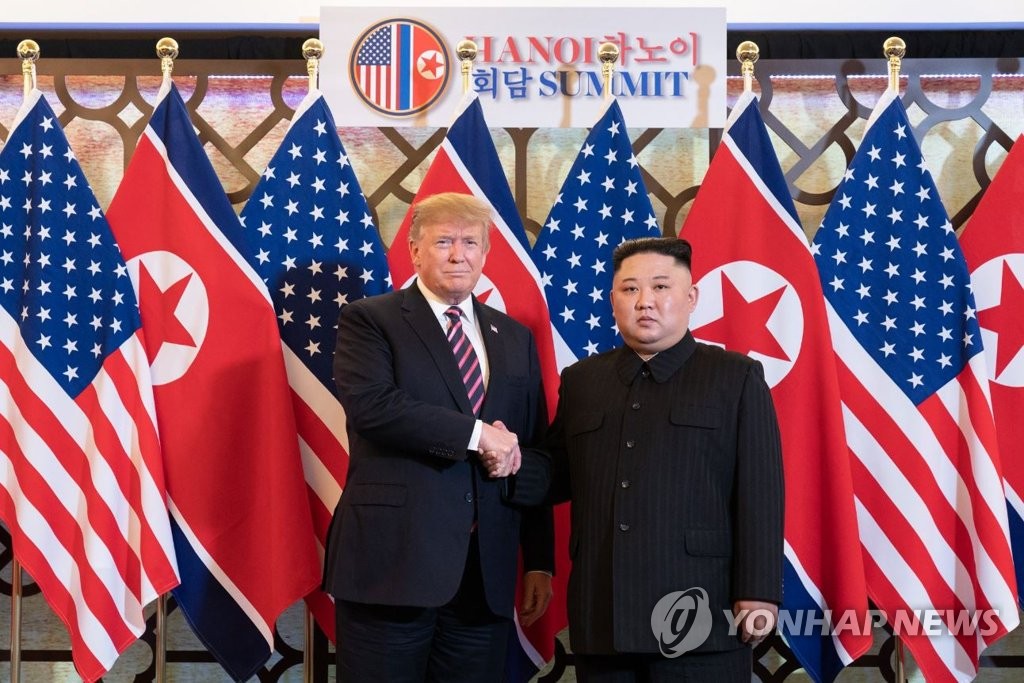 Asked if he thinks Kim is building nuclear weapons, Trump said, "I don't know, I hope not. He promised me he wouldn't be testing."

About a claim that Kim's slain half brother Kim Jong-nam was a CIA informant, Trump repeated that spying on North Korea through a family member would not have happened under his watch.

Calling Kim "very smart and tough," Trump said he believes there is still trust between him and the North Korean leader and that Kim is willing to take denuclearization steps so as to bring economic prosperity to his people and country.

"I believe that he would like to do something. I believe he respects me. ... I think I understand him, and I think he understands me," he said.

Trump also described the North as a country with enormous economic potential and great geographical advantages, stressing that the only way for Kim to achieve such economic growth is by giving up nuclear weapons.

"(North Korea) is a phenomenal location, all in the oceans. That country can be so rich. He knows that. ... I think he really wants to do that. And the only way he's going to do it is ... to do it in a non-nuclear way."

Trump says his relationship with N.K. leader remains 'very good,' though it could change

Trump says his relationship with N.K. leader remains 'very good,' though it could change