SEOUL, June 17 (Yonhap) -- Vice Unification Minister Suh Ho met with a U.N. special rapporteur on human rights in North Korea on Monday and discussed the issue of North Korean escapees held in China and other matters.

The special rapporteur, Tomas Ojea Quintana, said after the meeting that he also discussed the need for humanitarian aid for North Korea. But he did not provide details of his discussions.

Quintana arrived in South Korea earlier in the day for a five-day visit, during which he plans to hold a series of talks with ministry officials as well as North Korean defectors and civic group representatives.

The rapporteur's trip is part of a broader effort to gather information for a report that he is to submit to the U.N. general assembly in October.

It marks his sixth visit to South Korean since taking office as the special rapporteur on North Korea in 2016. He last came to Seoul in January.

Quintana is set to hold a press conference on Friday to share the outcome of his visit. 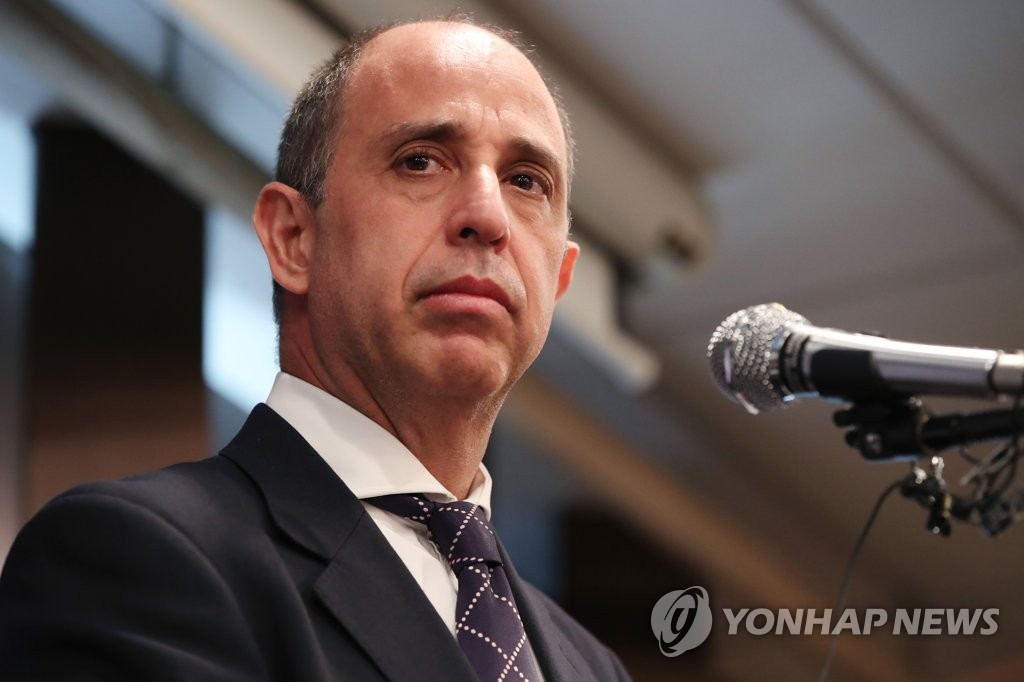