SEOUL, June 18 (Yonhap) -- It's been a decade since Paul Bassett debuted in the South Korean coffee market with a focus on specialty coffee, and much of its success owes to a "positive evolution" of the local coffee culture, an Australian barista who gave his name to the brand says.

Paul Bassett said his decision to join hands with Maeil Dairies Co., a major Korean dairy company, to launch a coffee brand named after him in 2009 came at an opportune time, setting a vision to further expand its presence in the local market to target the growing high-end coffee market.

"Driven by a lot of curiosity for specialty coffee, the overall (Korean coffee) market has grown in the past 10 years and specialty components within the market showed some real healthy growth," the 2003 World Barista Champion said in an interview with Yonhap News Agency.

"I think it was the timing when we opened the (first) store and the location of the store was quite important. Had we been here 20 years ago, I am not sure."

South Korean's craze for coffee has been dramatic in the past, and it surely became an integral part of daily life here in a short span of time. Take a quick look at Starbucks and other premium coffee brands, which have sprawled into every corner of office buildings in big cities.

The country's coffee market size was estimated at 11.7 trillion won (US$9.85 billion) last year, and it is still growing on the specialty side. 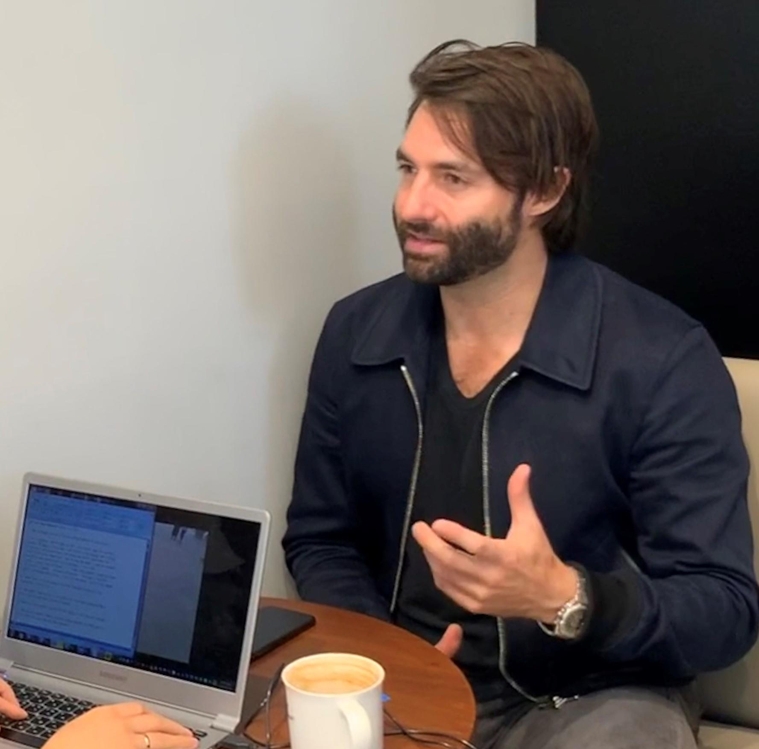 When Paul Bassett opened its first location in a department store in the affluent Gangnam district in 2009, it made a splash in the sector with a differentiated product lineup beyond typical Americanos and lattes.

The brand made a name for itself with lungos, an Italian-style short black coffee with more water, a rather nascent item at the time. Lungos are weaker than espressos with additional hot water but more bitter than Americanos.

The franchise operated by M's seed Co., a wholly owned unit of Maeil Dairies, has also grown in popularity with a variety of latte items and ice creams, with milk provided by the dairy company.

For example, its ice cream latte, similar to Italian espresso-based affogatos, is also a hit at the coffee house.

Bassett said he has been deeply involved in selecting beans, deciding on the blending ratio and roasting profile, quality checks and product development. Baristas at Paul Bassett stores extract espresso and make drinks according to his manual.

The 41-year-old barista says he works as a "gatekeeper of quality" to main quality and consistency of beans and other drinks at about 100 stores, mostly located in the Seoul metropolitan area.

"We can go into one store in one location and have the same result and same experience in all of the locations," he said. "It's a challenge, but it's one of the things that is really important to us."

The local coffee brands still lags far behind U.S. franchise Starbucks, which generated 1.5 trillion won in sales from 1,290 stores nationwide last year, but Bassett was optimistic about the franchise's further expansion on the back of a rising appetite for specialty coffee and its royal customers.

To fuel growth, the barista, who makes regular visits to Korea to check the menu and train baristas, said he will work with the M's seed to educate Korean consumers about the origin of beans and the chemistry behind coffee.

Once consumers know every cup of coffee can tell a story from farms from Ethiopia, Guatemala and Brazil, they will crave specialty coffee more than blended coffee, he said.

Growing up in a family that runs a restaurant in Australia and having found his true passion for coffee during his trip to Italy 20 years ago, Bassett says he wants to contribute to the Korean coffee culture.

"I have a very intimate and personal relationship with coffee. I've been able to develop an understanding of coffee through so much experimentation that I understand all the little inputs and how they can impact taste," Bassett said. "I feel like the journey has brought me to where I am now."