"I think there are good signs," she told reporters at the airport upon returning from Moscow, when asked if there are any fresh moves to restart the stalled nuclear talks. She didn't elaborate on what those good signs are.

Kang returned from a two-day trip to Russia, where she held talks with her counterpart, Sergey Lavrov, on key bilateral issues, including the latest on North Korea's denuclearization.

"We shared our assessments on the process toward dialogue and the situation on the peninsula. (Korea) has a positive view about Moscow's role (in the process)," she said.

On the planned visit to North Korea by Chinese President Xi Jinping later this week, she said, "Communications between Pyongyang and Beijing will eventually help achieve the goal of denuclearization and building a lasting peace."

The two sides also agreed to work to revive the momentum for the dialogue between Pyongyang and Washington, and discussed what messages Seoul and Moscow can send to other countries on the occasion of a series of bilateral summits due around the Group of 20 summit in Japan, the minister added. 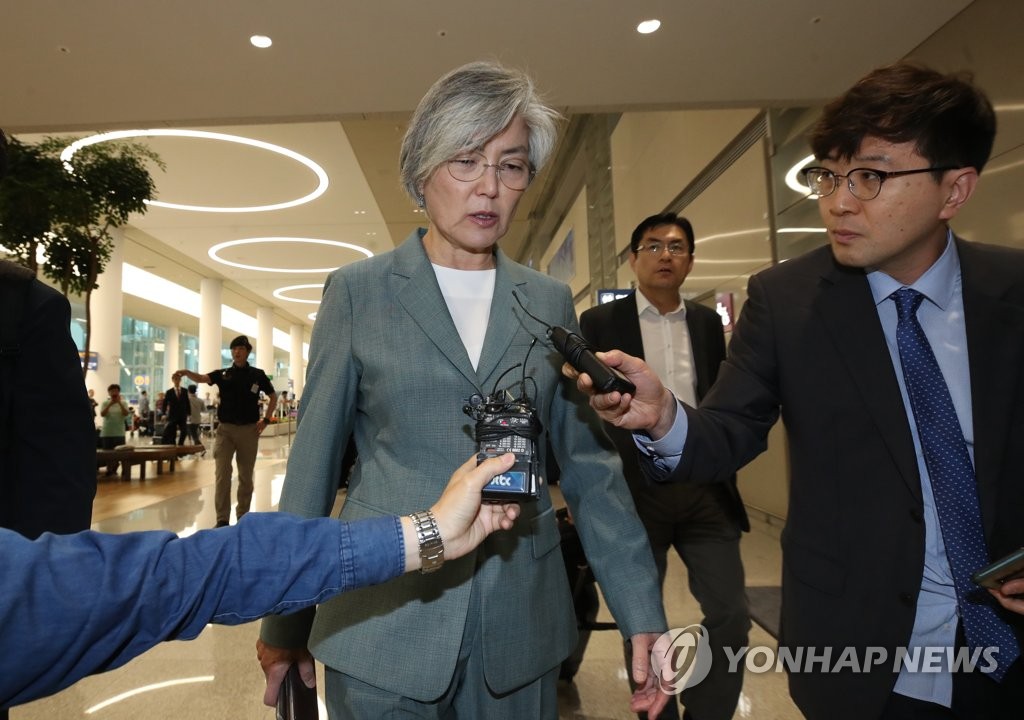 FM says she believes there are 'good signs' for resuming N.K. nuclear talks

FM says she believes there are 'good signs' for resuming N.K. nuclear talks