Trump is due in Northeast Asia to attend the Group of 20 summit to take place in Osaka, Japan, on June 28-29. He's widely expected to travel to Seoul on his way back home.

As Chinese President Xi Jinping plans to pay a two-day state visit to Pyongyang starting Thursday, some observers here say the odds of an inter-Korean summit being held might have been lowered. 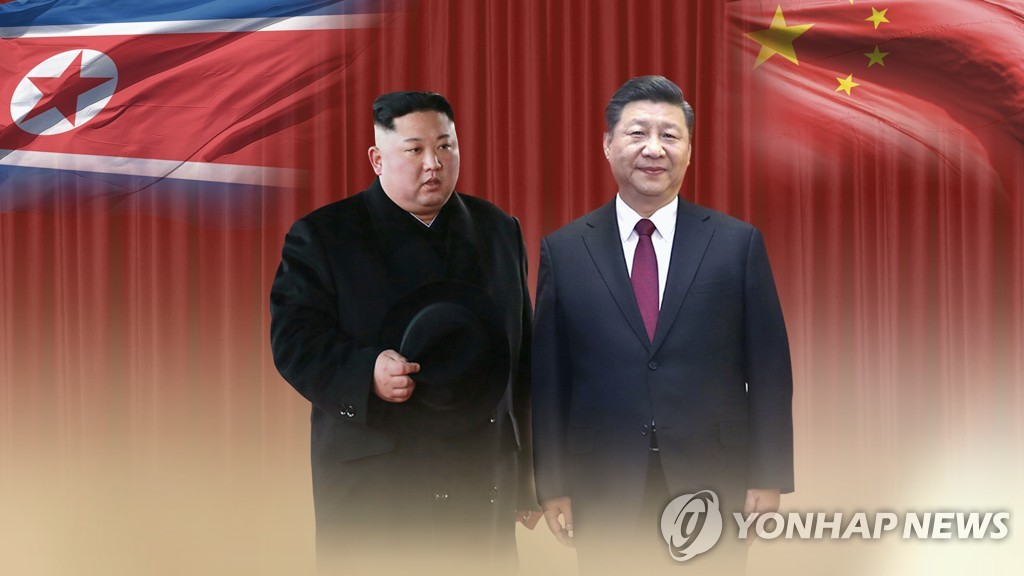 In response to a related question from reporters, a Cheong Wa Dae official said Moon is "not sticking to" the hope for early summit talks with Kim.

On that road, judgments are being made, at every movement, on which way is most reasonable and effective to take, added the official, who spoke on the condition of anonymity.

On concerns that Kim may show a hard-line stance after meeting with Xi, the official said the government will monitor Pyongyang's post-summit attitude.

It's apparently being made to reciprocate Kim's four visits to China for meetings with Xi.

The Moon administration wanted Xi to visit Seoul as well this month to show that bilateral relations have warmed after years of a sharp stand-off over the deployment of a U.S. missile defense system in South Korea, known as THAAD.

On Monday night, Cheong Wa Dae spokesperson, Ko Min-jung, told reporters that South Korea and China have agreed "in principle" to hold a bilateral summit on the sidelines of the G-20 session. She gave no details.

An official at the Chinese Embassy in Seoul confirmed: "There's no news of a trip to South Korea (by Xi) on the occasion of the Osaka event. It's physically difficult."

Seoul and Beijing have continuously consulted on holding a bilateral meeting between Xi and Moon, he said, adding there will be no problem scheduling it despite their hectic activities in Osaka.

Hopefully, he said, conditions will "mature" for Xi's trip to South Korea in the wake of his visit to North Korea.