SEOUL, June 19 (Yonhap) -- South Korean steelmakers are likely to continue to suffer weak business results in the second quarter of the year due to high iron ore prices and a supply glut amid concerns over a global economic slowdown, analysts here said Wednesday.

The price of iron ore, one of the main raw materials to make steel, reached a five-year high last week, surpassing the US$110-per-ton threshold for the first time since April 2014, according to industry data.

The price of the commodity has surged more than 40 percent since January following supply disruptions from major exporters like Vale S.A., which halted operations at some of its mines following the deadly dam collapse in Brazil earlier this year. 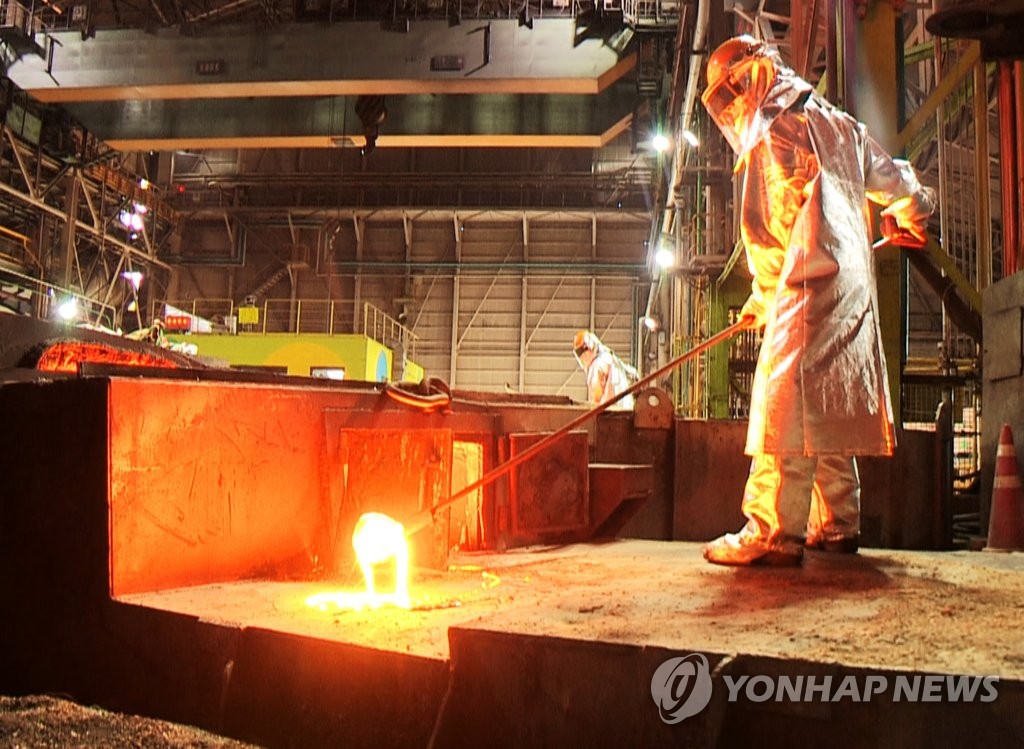 Analysts predicted that local steelmakers' second quarter earnings are not likely to see any significant improvement down the road with some even expecting POSCO's second-quarter operating profit may drop more than 10 percent compared with the previous quarter.

"The rise of iron ore prices, the output increase from China and the U.S.-China trade war have been spreading negative sentiment to the steel industry," said Byun Jong-man, an analyst at NH Investment & Securities Co. "As their customers are also suffering from the sluggish economy, it was not relatively easy for local steelmakers to reflect rising raw material costs in product prices."

But some observers said local steelmakers will be able to start making a slight rebound in the third quarter, with the iron ore prices expected to stabilize.

"The average iron price in the first half of the year is set to be $86.7 per ton, which is 24.2 percent above that a year ago, but it is expected to go down slightly to $84 per ton in the second half," said Park Kwang-rae, an analyst at Shinhan Investment Corp. "Although supply issues caused by Vale may not be solved within this year, increased production from other iron ore mines will be able to cover that problem."

Analysts said the steelmakers will also be able to improve their product margin as increased raw material costs will be largely factored into their products starting in the third quarter.

"Usually, changes in raw material costs are reflected in product prices one or two quarters later," said Lee Jong-hyung, an analyst at Kiwoom Securities Co. "Rising raw material costs in the first half will push up the price of the steel products, including steel sheets for automobiles, in the second half."

"Since the U.S.-China trade has been going on longer than expected, China is expected to stimulate its economy, starting with infrastructure investments, and that will lead to a recovery in steel demand," Lee said. "But if China's real estate market gets weakened and shows signs of a downward trend even after stimulation, it will have a negative influence on steel prices."