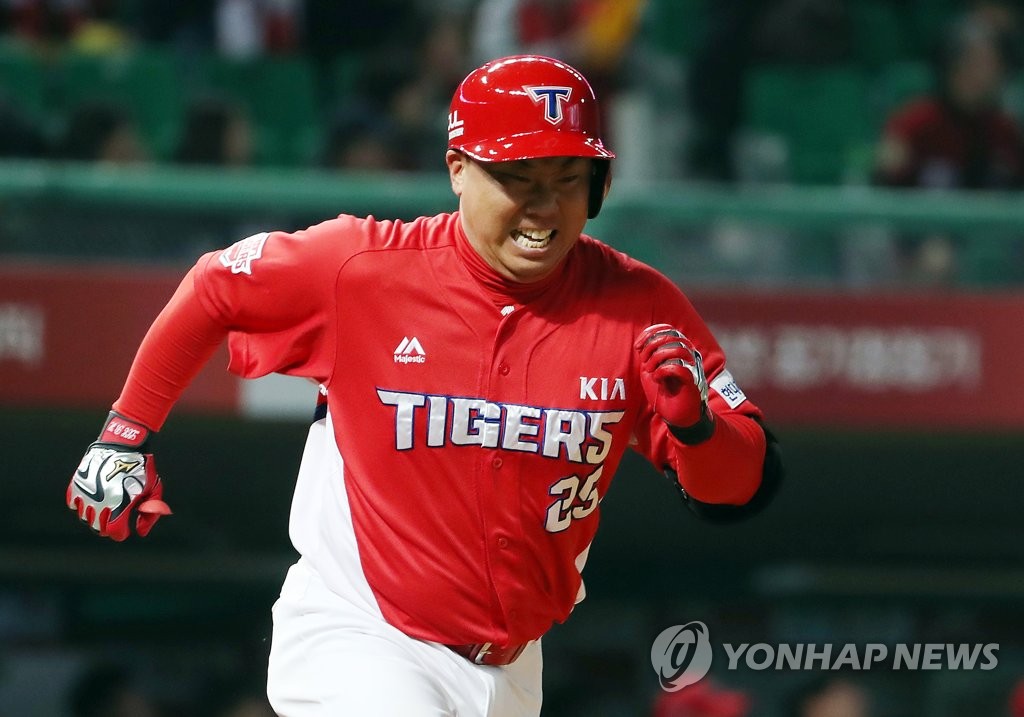 "I've thought long and hard about my future, and I decided to put an end to my playing career for the future of young, developing players," Lee said. "I'd like to be back with these young guys in the future as their coach."

The Tigers said they'll speak to him about a possible position on the team. They will hold a retirement ceremony for Lee before a home game at Gwangju-Kia Champions Field in Gwangju, 330 kilometers south of Seoul, on July 13.

Lee is hanging up his spikes after hitting 329 home runs with 1,125 RBIs in 1,995 games over 19 seasons in the KBO. Lee led all current players in career home runs before his abrupt retirement, and he's ranked fifth all-time in that category.

Lee spent the first 10 seasons of his 20-year professional career with the Hanwha Eagles. After one unsuccessful season with the Fukuoka SoftBank Hawks in Japan's Nippon Professional Baseball in 2010, Lee returned to the KBO in 2011 to sign with the Tigers.

Internationally, Lee is best known for delivering a game-tying single in the bottom of the ninth off future major leaguer Yu Darvish in the 2009 World Baseball Classic final. South Korea ended up losing to Japan in the game, but Lee, who batted 8-for-20 with three home runs and seven RBIs in six games, was named to the tournament All-Star team at third base. 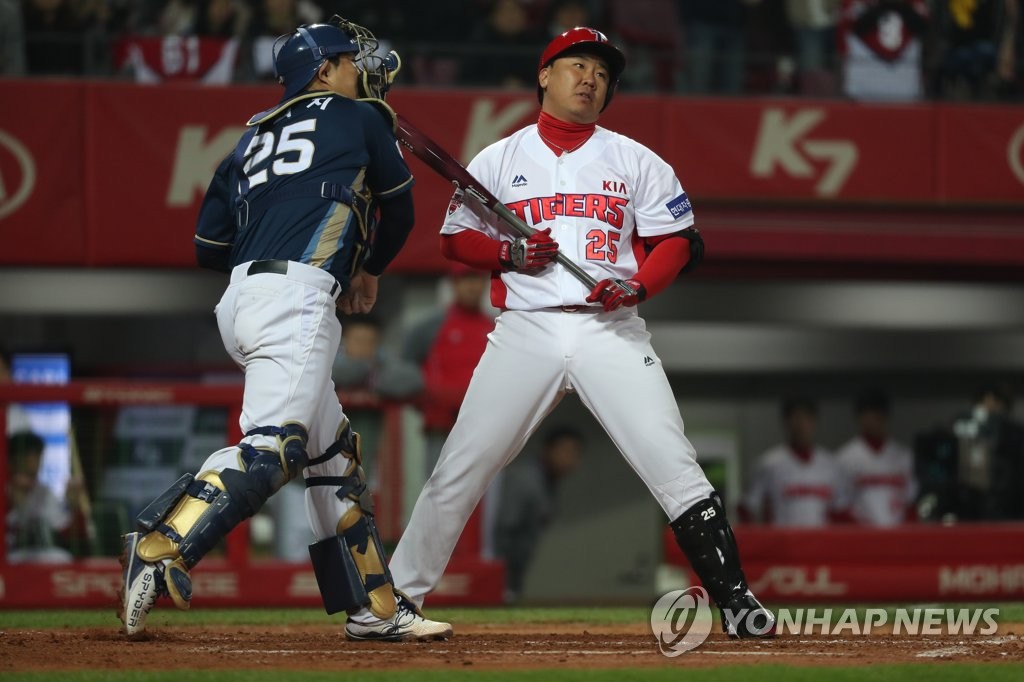