Lee Do-hoon, special representative for Korean Peninsula peace and security affairs, began a four-day visit to Washington amid renewed hope for denuclearization talks between North Korea and the U.S.

"The biggest issue right now when it comes to the denuclearization of the Korean Peninsula and establishment of peace is the early resumption of North Korea-U.S. negotiations," Lee told reporters upon arriving at Washington's Dulles International Airport. 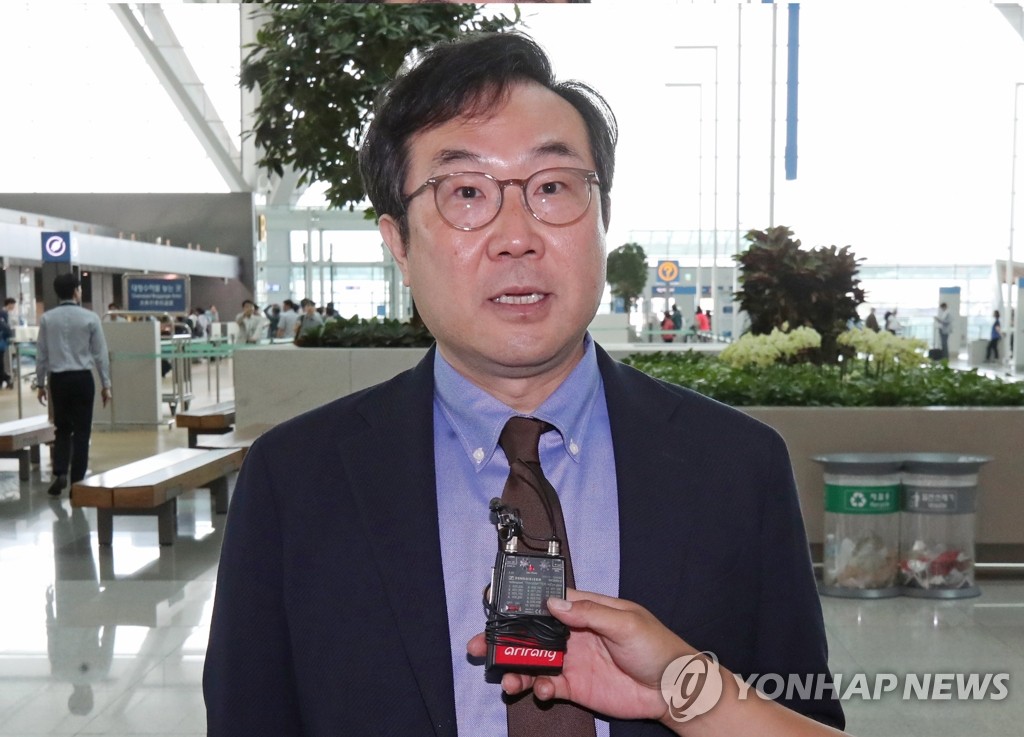 "My plan is to meet with State Department, White House and other administration officials to discuss ways to accelerate the (resumption of the) talks," he said.

The U.S. and North Korea hit an impasse in their negotiations after the second summit between U.S. President Donald Trump and North Korean leader Kim Jong-un in February ended without an agreement.

The U.S. insisted on the North's complete denuclearization, while Pyongyang demanded sanctions relief.

Last week, however, Trump revealed that he had received a new "beautiful" letter from Kim and hinted at the possibility of a third summit in the future.

"I think it will contribute to the early resumption (of U.S.-North Korea talks) and progress toward denuclearization and the establishment of peace on the Korean Peninsula," he said. "China has worked hard until now for denuclearization of the Korean Peninsula and made diplomatic efforts, too. I trust they will continue to work along those lines."

He added that he hopes to see a "synergy effect" when Trump visits Seoul for talks with South Korean President Moon Jae-in at the end of this month.

Xi is to make his first visit to Pyongyang as president on Thursday and Friday. Some analysts have said, based on Kim's previous meetings with Xi, that it could be a precursor to a resumption of talks between North Korea and South Korea, or North Korea and the U.S.

Others view it as a bid by Xi to maximize his leverage in trade talks with the U.S.

It will be Lee's first public speech in the U.S and the first time the two envoys speak on the same stage.