SEOUL, June 20 (Yonhap) -- Vice Unification Minister Suh Ho has said he's considering running the inter-Korean liaison office in a more efficient manner, including cutting back on visits to the office and holding meetings with his North Korean counterpart only when it's necessary.

Suh was appointed earlier this month as the South Korean chief of the office. He replaced Chun Hae-sung last month as vice unification minister, who also serves as Seoul's liaison office chief.

In his first media interview since taking office, Suh told Yonhap News Agency he will not go to the liaison office every week just to wait for his North Korean counterpart to come amid a prolonged absence of the North Korean liaison chief, Jon Jong-su, at the promised weekly meeting.

Yet, the vice minister stressed that he is willing to travel to Kaesong whenever the North's liaison chief wants to meet and talk with him.

"What I hope as the chief of the liaison office is that this weekly meeting takes place practically and effectively," Suh said during the interview on Monday.

The two Koreas launched the liaison office in September and agreed to hold a meeting of its co-heads -- one from each side -- every week, but they have not taken place since the collapse of the Hanoi summit between North Korean leader Kim Jong-un and U.S. President Donald Trump in February.

Despite the North's absence, Suh's predecessor Chun headed to Kaesong almost every week until now, in an apparent message to the North to come back to the weekly meeting.

The new vice minister, however, said he has no plan to go to the liaison office this Friday if his North Korean counterpart doesn't come for the meeting.

In the case of a continued absence of the North's chief delegate, Suh is considering visiting the liaison office once every month to meet South Korean staff stationed there, he said.

During his first visit to the liaison office last week, Suh asked an acting deputy chief from the North Korean side to deliver his message to his counterpart that there is a need to meet often for the two Koreas to resolve pending issues.

The North's monthslong nonattendance at the meeting comes as inter-Korean relations have effectively hit a wall amid little progress in denuclearization talks between Washington and Pyongyang. 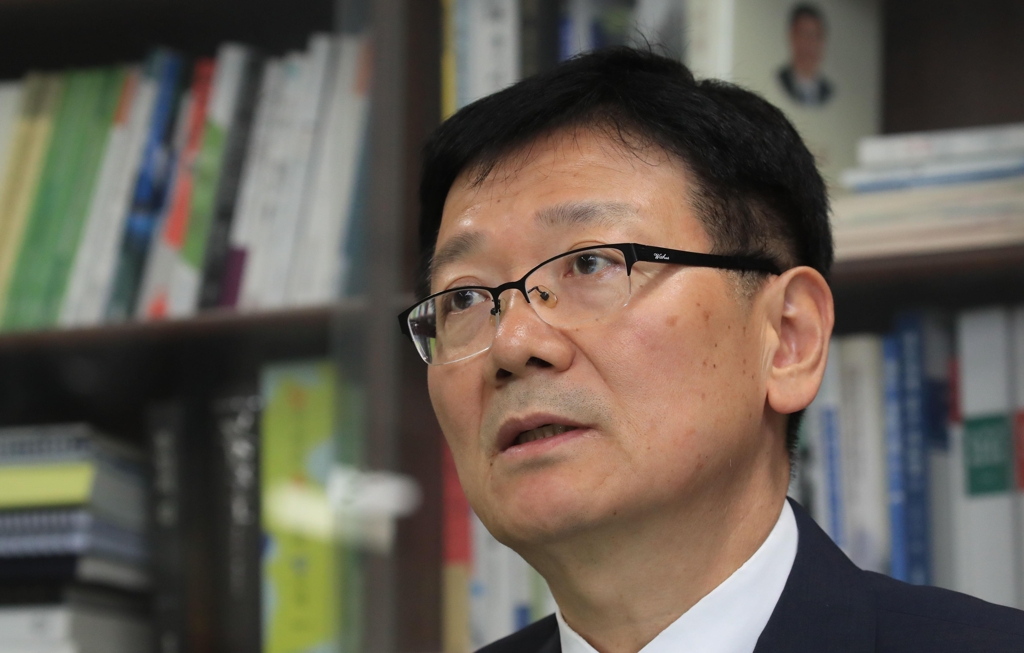