Kim made the remark during a security form hosted by his ministry, saying he believes the North and the United States are preparing new negotiating plans based on their assessments of the results of February's summit in Hanoi that ended without an agreement.

"A certain amount of efforts and time are needed to narrow down differences on technical issues, but what's important is a prompt resumption of dialogue," Kim said.

The minister said North Korea should clearly show its commitment to complete denuclearization and the U.S. should help Pyongyang have confidence that Washington will keep its promise to build new relations with the North.

"Now is the time for all-out efforts to make sure that a third summit between North Korea and the United States will lead to practical denuclearization and a peace process," the minister said in a keynote speech. 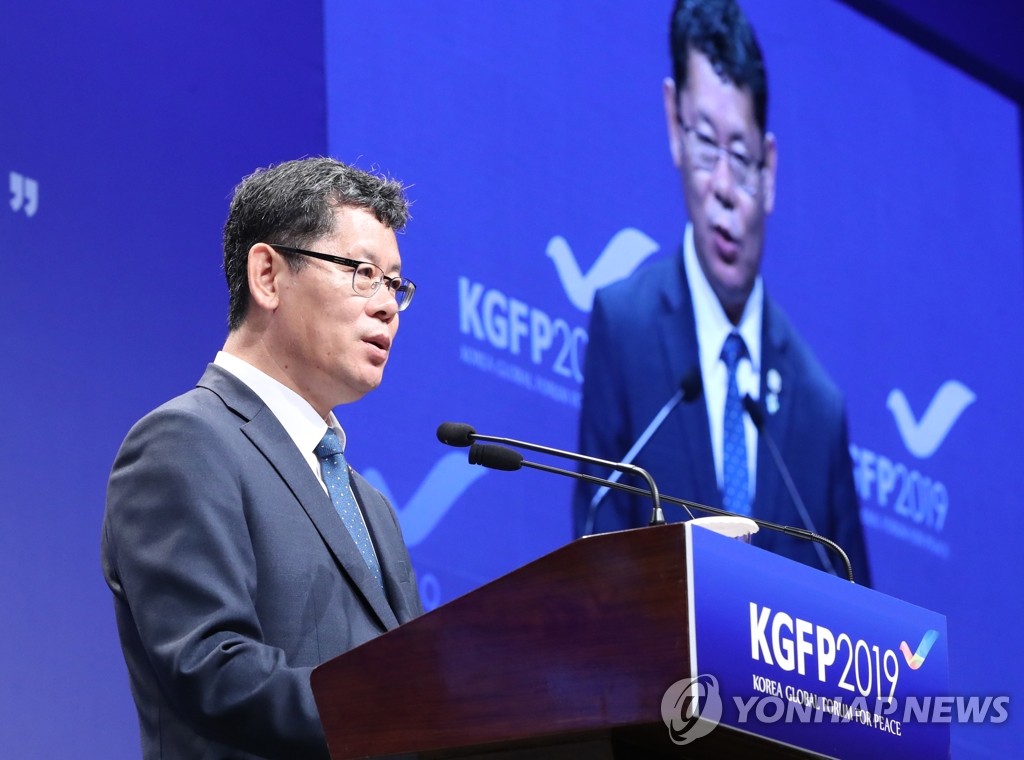 Referring to a series of summits between regional players scheduled to kick off later this week, the minister said, "The most important goal of all of these summits is to create an environment for a successful North Korea-U.S. summit."

Chinese President Xi Jinping is planned to visit North Korea on Thursday and Friday ahead of his meeting with Trump on the sidelines of a Group of 20 summit in Japan's Osaka next week. Trump will also visit Seoul at the end of the month for talks with President Moon Jae-in.

While attributing last year's progress in denuclearization talks to the so-called top-down diplomacy between leaders, the minister also highlighted the need for working-level negotiations for a successful summit.

"A top-down approach has its merits," he said. "I think we should take advantage of such top-down diplomacy and carry out working-level talks at various levels at the same time to narrow differences," he said.

The Hanoi summit between Trump and Kim in February abruptly ended without a deal as the two sides failed to find common ground over the scope of Pyongyang's denuclearization measures and Washington's sanctions relief.

Some observers have attributed the summit breakdown to a lack of discussions between the two countries' working-level officials on what could be agreed to by their leaders at the summit.