(ATTN: ADDS details on outcome of meeting in paras 4-6 and 12-13; TRIMS; RECASTS with minor edits)
By Kim Seung-yeon

"I think it's timely that we have this broad discussion to assess the current situation on economic cooperation and to discuss key interests of each country," Lee said earlier in the opening remarks.

The two sides agreed to push for plans that will further enhance economic cooperation, including striking a deal on follow-up free trade agreement (FTA) negotiations for the service and investment sectors, the ministry said in a release.

Korea and China also agreed to work to draw up a joint initiative for economic and trade development to be implemented after 2020 when their current five-year plan expires.

They shared an understanding on the need to work together to tackle environmental issues, primarily air pollution stemming from fine dust, the ministry added.

Whether the Washington-led ban on Huawei products would be discussed at Wednesday's meeting has been a point of attention. A ministry official said earlier that it was not one of the issues on the table at Wednesday's session.

The U.S. has put Huawei on its exports blacklist, citing security concerns related to the fifth-generation (5G) technology, amid an intensifying trade war with China. Washington has apparently been pressing its allies and partner countries to join the move.

In Wednesday's meeting, South Korea called for China's help in reviving key industries, such as tourism and culture, to the level prior to Beijing's imposition of restrictions on these areas.

China took what appeared to be retaliatory measures on some areas of trade with Korea in 2017 after Seoul agreed to the U.S. deployment of its anti-missile system, THAAD, to Korea despite Chinese opposition.

China asked for Korea's cooperation and keen attention in boosting trade and investment and more exchanges with Chinese provincial governments.

Li said ahead of the meeting that "China-Korea trade should further advance to a new level," assessing that "mutual efforts in various areas, such as trade and investment, have brought big achievements." 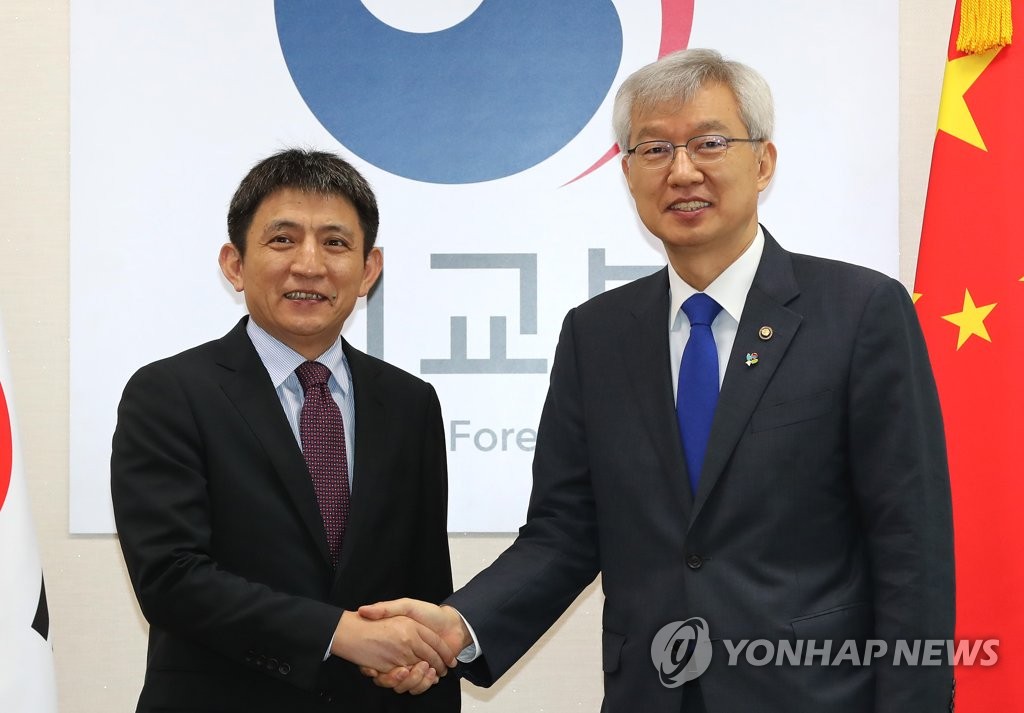