GURYE/HADONG, South Korea, June 24 (Yonhap) -- While most young jobseekers in South Korea unusually struggle to find well-paying positions at big name companies, such as Samsung, Jeong Kang-seok took a different approach upon graduating from college. The 25-year-old man, instead of sending out resumes, wanted to stay clear of city life and opted to sow seeds on his own farm.

"What I love the most about being in rural areas is that I can be free from the hustle and bustle of cities," Jeong, who raises watermelon in the southern rural town of Gurye, told Yonhap News Agency. "When it comes to farming, I think I can earn more if I work hard."

After finishing school in 2017, Jeong started his farm last year. Although it does not bring in a lot of profit yet, the young farmer said he is satisfied with putting his name on the watermelons he produces for the market.

"My father was a farmer, and he didn't want me to follow in his footsteps, because work can be difficult. But has supported my decision (to start a farm) after realizing that I was sincere about following my dream," Jeong said. 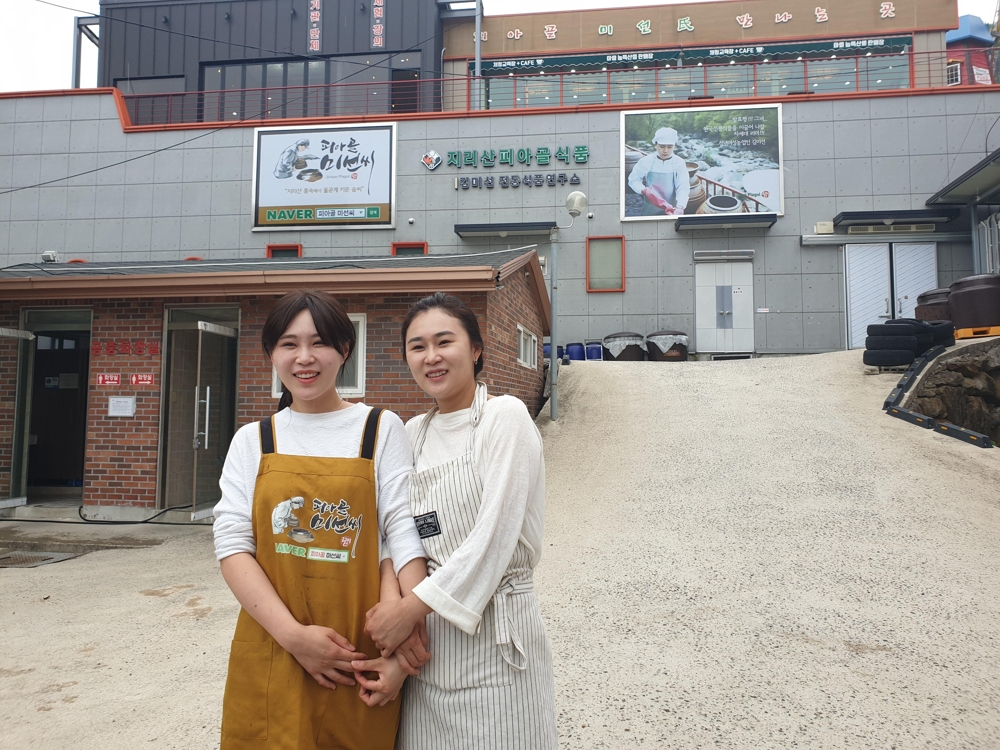 Agricultural jobs are perceived as being low pay and suffering from low productivity, which largely stems from exposure to a variety of risks, including weather and volatile market conditions. Due to such uncertainties, younger people have generally shunned them in favor of city jobs.

But such a trend is changing as more young South Koreans in their 20s and 30s migrate to rural areas.

In 2017, around 500,000 South Koreans chose to settle down at farms, with around half of them being aged 39 or below, according to the Ministry of Agriculture, Food and Rural Affairs.

The figure includes not only those who are already in the farming sector but those involved in other careers.

For the South Korean agricultural community, young farmers, such as Jeong, are viewed as the future amid rapid aging in most rural communities, and the government has even provided support to young people who decide to take such a step.

Currently, the government offers eligible young farmers aged from 18 to 40 with subsidies of up to 1 million won (US$843) per month in their first three years of settlement. Novice farmers can receive support in renting farmland and getting on-site training programs.

The agricultural ministry operates eight residential support centers across the country where newcomers of all ages, including young adults, can live for around a year to try raising crops and prepare to run their own farms. Tenants of the centers only need to pay utility bills with other expenses being covered by the state.

Many programs not only help people get started in farming but assist them down the road. 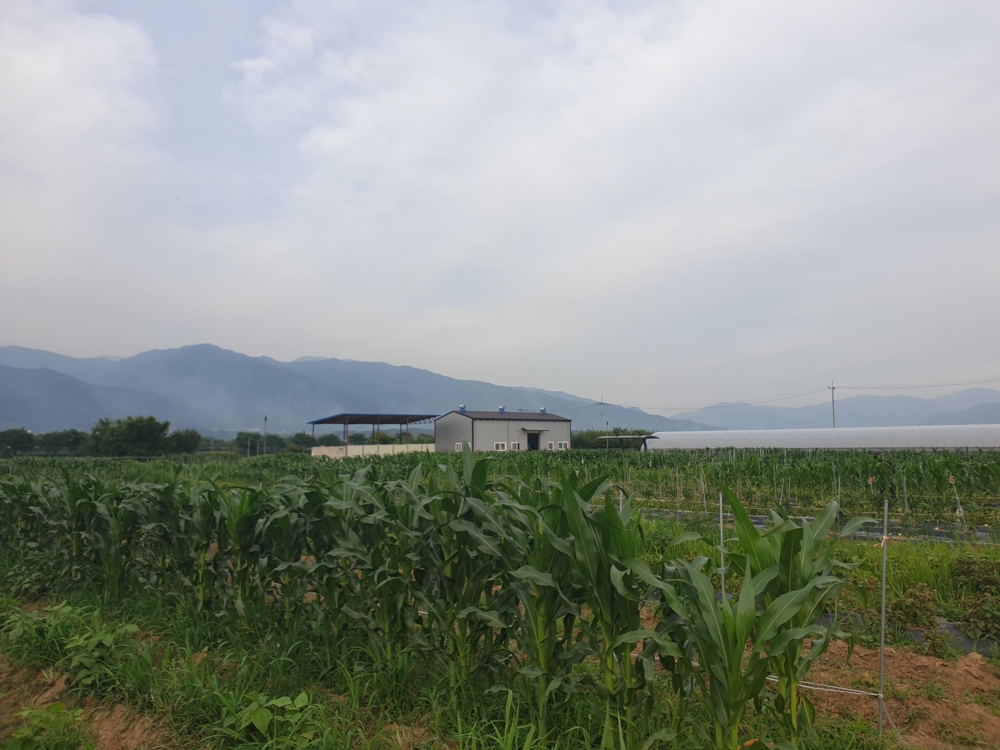 Kim Mi-seon, a 34-year-old who runs a company that produces soybean pastes and pickled vegetables in Gurye, is one such example of entrepreneurship at work.

"My parents used to say, if you don't have an aptitude for studying, find other things I can enjoy. That's exactly what I did," Kim said, sharing stories of how she sold her homemade soybean paste to neighbors.

The company, Jirisan Piagol Food, tapped the overseas markets for the first time in 2015, and is currently shipping products to the United States and a handful of other countries. The firm posted sales of a whopping 700 million won last year.

"People were really worried about me back in 2011, when I started. Some would say that there are already too many companies producing soybean pastes, and others said it was not a job for a woman or someone in their 20s," Kim said. "I, however, proved them all wrong."

Kim said she dreams of expanding her business to buy more good quality agricultural produces from her community at reasonable prices, that can benefit her neighbors and her company.

"When young entrepreneurs and older farmers cooperate, we can find new opportunities." Kim pointed out.

Oh Choun-ho, another young businessman in Hadong, South Gyeongsang Province, also said it is important to co-exist with the local community in order to make a business sustainable.

The businessman in his late 30s runs Ecomom Meal that produces baby food and other foodstuffs that use locally produced agriculture goods.

Before starting the business with 100 million won, Oh was in a retail business and even owned a restaurant in Seoul.

"When people think of anything related to agriculture, people tend to think of things that are outdated and old. I want to change that perception and tell people that the agriculture industry can be trendy too," Oh said,

His company, which earned 360 million won in 2013, is expecting sales to reach 15 billion won this year. Oh said he dreams of having the company make a stock market debut down the road.

Young farmers stress that while farming has many opportunities, one must still prepare thoroughly before making a commitment.

"Not all farmers turn huge profits or become successful. One should take time to find out what crops or businesses suits them most in advance," Jeong said.

Nevertheless, farms will continue to become solid careers for young jobseekers with dreams, they added.

"Back in the past, people would judge those settling in farms to have no dream or aspiration. But I am glad that this has changed significantly over the past several years," Kim said. "There are many opportunities at farms. I hope more people will take up the challenge." 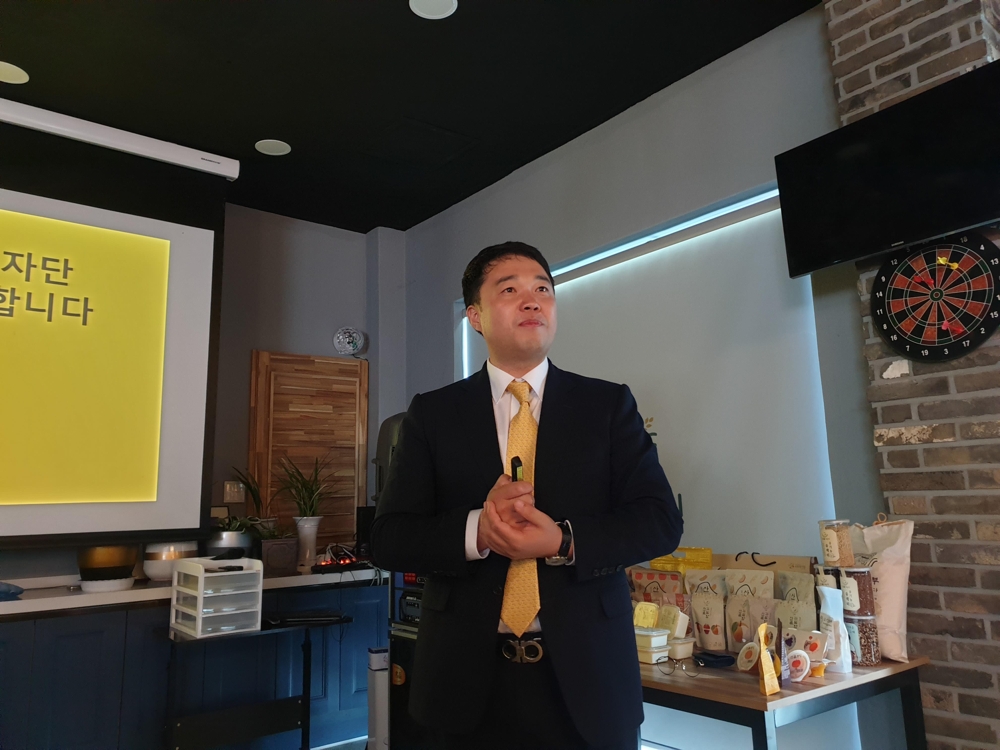