SEOUL, June 19 (Yonhap) -- South Korea's Moon Jae-in administration announced an ambitious strategy Wednesday to turn the country into one of the world's top-four manufacturing powers by 2030.

The United States and Japan also have the Strategy for American Leadership in Advanced Manufacturing and the New Industrial Structure Vision, respectively.

The liberal Moon government's initiative comes amid a growing sense of crisis over the future of Asia's fourth-largest economy, traditionally driven by manufacturing goods exports and domestic demand.

"Our manufacturing industry is at a grave crossroads -- a leap or stagnation," Moon said during a highly symbolic event to declare the vision.

He stressed, "It is urgent to shift to an innovative, leading industrial structure," breaking away from the "follower-type" strategy of the past. 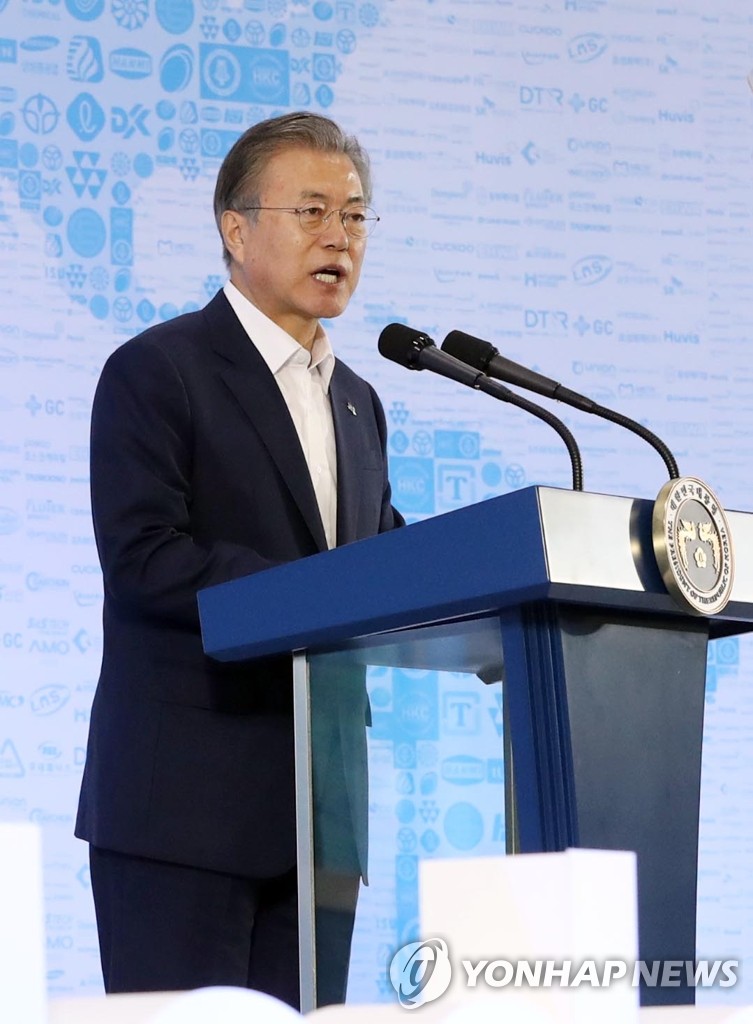 It was held at the Smart Manufacturing Innovation Center in Ansan, Gyeonggi Province, and joined by more than 100 top government officials, lawmakers and business leaders.

He cited such structural problems as a decline in the working-age population and a slump in major industries, coupled with a reduction in exports, which is attributable to a sluggish global economy.

The president said, "(We) will drastically change the paradigm of our industry."

He presented "smart," "eco-friendly" and "fusion" as keywords.

South Korea plans to have 30,000 smart factories operational nationwide by 2022.

By the target year, the government plans to invest 8.4 trillion won (US$7.13 billion) in non-memory chip, bio-health and future vehicle businesses, plus around 180 trillion won to be covered by the civilian sector, according to Moon.

The government will also create a "corporate restructuring innovation fund" of 5 trillion won, he added.

The president called for a concerted effort by business circles, the National Assembly and the government to achieve the goal of developing South Korea as a top-four manufacturing power and raising its per capita income to US$40,000.