SEOUL, June 19 (Yonhap) -- South Korea said Wednesday it will send 50,000 tons of rice in aid to North Korea via a U.N. agency as part of efforts to help the impoverished state cope with its worsening food shortages.

The aid will be transported by the World Food Programme (WFP), which will also be in charge of its distribution and necessary monitoring in North Korea, according to the unification ministry.

"The timing and scale of additional food assistance to North Korea will be determined in consideration of the outcome of the aid provision this time," Kim added.

The minister noted that the government will do its best to deliver the aid by the end of September.

The decision will be finalized after a government committee overseeing inter-Korean exchange approves it. Once approved, the necessary rice will be purchased from the local market and transferred to the WFP, which will spearhead its shipment to the North.

The government expects to spend around 127 billion won (US$107.9 million) to secure the rice.

Asked about the possibility of the North diverting the rice for other purposes, Kim said that it will be difficult for the North to store the rice, as once polished, it should be consumed within six months, or within about three months in the summer.

Following Seoul's announcement, the WFP said it "will require that high standards for access and monitoring are in place before taking responsibility to distribute any aid." 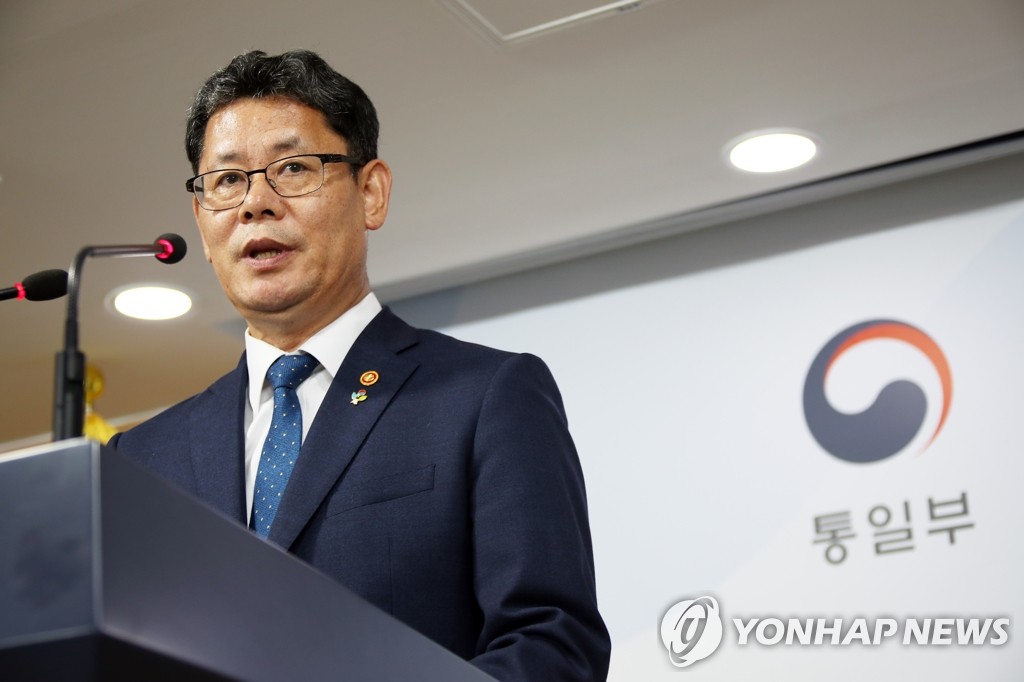 In February, North Korea's top envoy to the U.N. requested emergency food assistance, saying that his country will suffer a food shortage estimated at around 1.5 million tons this year.

The decision on the provision of rice came after Seoul recently donated $8 million to the WFP and the U.N. Children's Fund (UNICEF) for their projects in North Korea to support the nutrition of children and pregnant women and address their health problems.

Critics objected to Seoul's push for food assistance to North Korea, citing its short-range missile tests in May. The Seoul government said politics should not play a role in dealing with such humanitarian issues.

The government expects that food assistance to North Korea could boost the cross-border reconciliatory mood and help advance inter-Korean relations, which have been in limbo apparently affected by a lack of progress in denuclearization talks.

Denuclearization negotiations have been stalled since February's summit between North Korean leader Kim Jong-un and U.S. President Donald Trump ended without a deal as they failed to find common ground over the scope of Pyongyang's denuclearization and Washington's sanctions relief.

Since the breakdown of the summit, North Korea has not been responsive to South Korea's push for cooperative cross-border projects, demanding Seoul stay independent of external intervention and have more say in its pursuit of inter-Korean cooperation.

President Moon Jae-in earlier expressed hope of meeting Kim before Moon's planned summit with Trump slated for later this month and emphasized that he is ready to meet him regardless of timing, venue and formality. North Korea has yet to react Seoul's offer of a summit.