"Only what has been disclosed so far has caused the people an enormous concern. I deeply apologize over that," Lee said while presiding over a government policy coordination meeting at the Sejong Government Complex in the central city of Sejong. 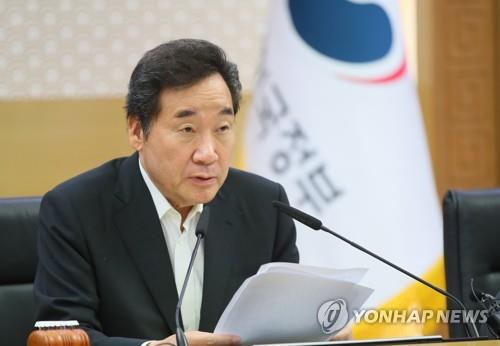 "On the 15th day of this month, four North Koreans aboard a wooden boat entered the (South Korean) port of Samkcheok after sailing 130 kilometers south from the Northern Limit Line. It was confirmed that the boat was not restrained at all before reaching the port," said Lee.

The prime minister then called for a thorough investigation into the matter and punishment of those responsible.

"The whole truth of the incident, including the military's security posture and reaction, should be thoroughly investigated. Results of the investigation will be transparently disclosed to the public and anybody found responsible will be held sternly accountable," he said.

Lee also instructed that countermeasures be swiftly devised to prevent a recurrence of such a mistake.