The military has come under fire following revelations that the small North Korean wooden boat crossed the inter-Korean maritime border and sailed undeterred in the South's territorial waters in the East Sea for about three days before arriving at the port of Samcheok, Gangwon Province, on Saturday.

A South Korean civilian first found the boat along with four North Koreans aboard and reported the case to police. The North Koreans even walked around and asked the citizen to borrow a mobile phone.

"The military has taken the situation regarding the North Korean small wooden boat seriously and deeply apologizes to the people," Jeong said in his public message.

Jeong vowed to "sternly reprimand those responsible" and "complement a vigilance posture to prevent recurrences and further tighten discipline" after thoroughly checking military surveillance operations in the wake of the incident.

In order to find exactly what happened and what went wrong, the ministry set up an investigation team Wednesday and began a probe into the Navy and Army troops in charge of the maritime surveillance in the region.

"In accordance with probe results and related law, we will take corresponding steps against those responsible and devise appropriate follow-up measures swiftly," the ministry said in a release. 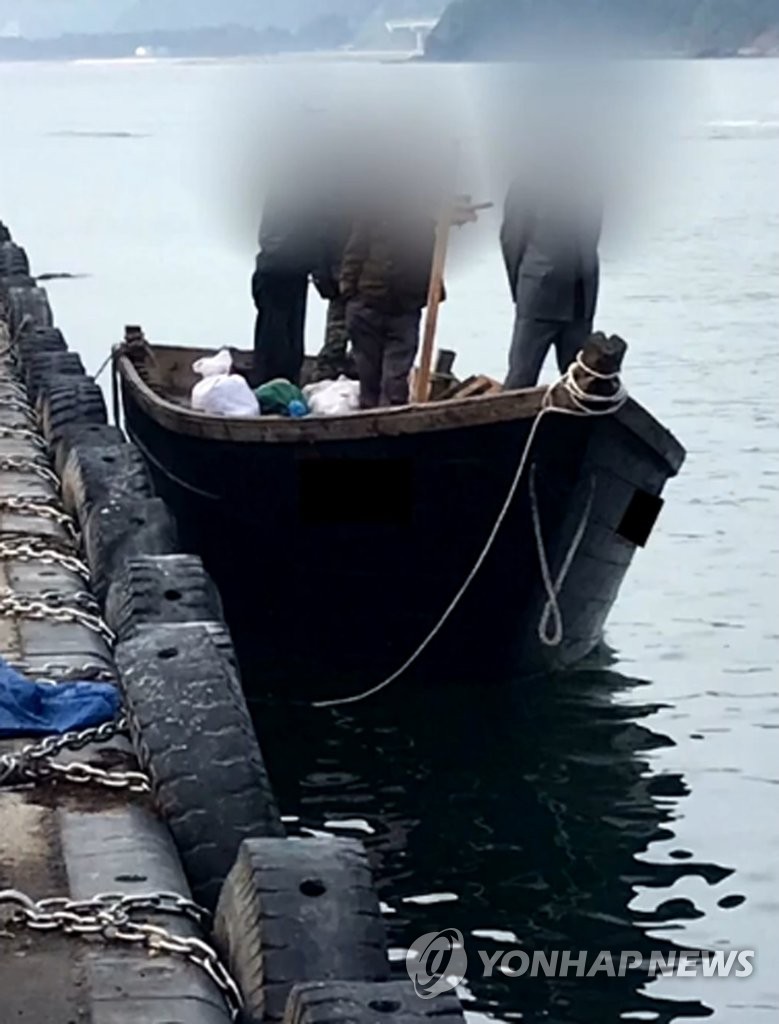