The new album, scheduled to hit the local music scene on July 10, will carry a total of six tracks, according to SM Entertainment.

SM did not provide specifics further than the basic information, only saying the tracks off the new album will encompass a variety of different moods.

Presales of the album begin Thursday both on- and off-line, SM said.

Baekhyun's solo career is expected to be followed by solo activities by other EXO members as the group has entered a hiatus following member Xiumin's military enlistment last month.

Another member, D.O., is also on his way to start his mandatory military service next month. 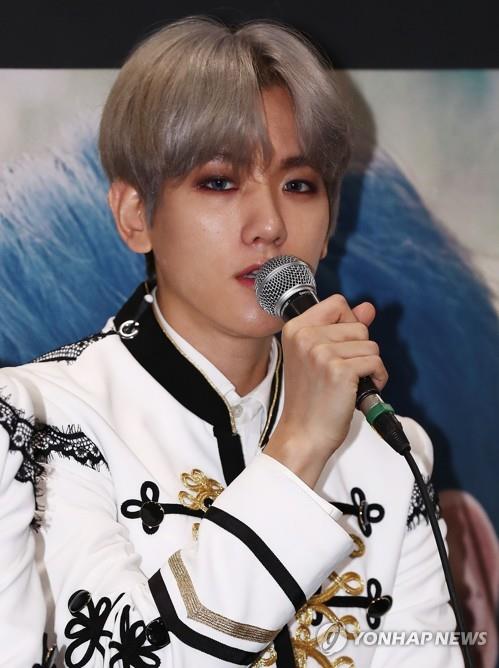