SEOUL, June 20 (Yonhap) -- "Parasite," the winner of the Palme d'Or at this year's Cannes Film Festival, will hit several other international film festivals in 2019, the movie's management agency said Thursday. 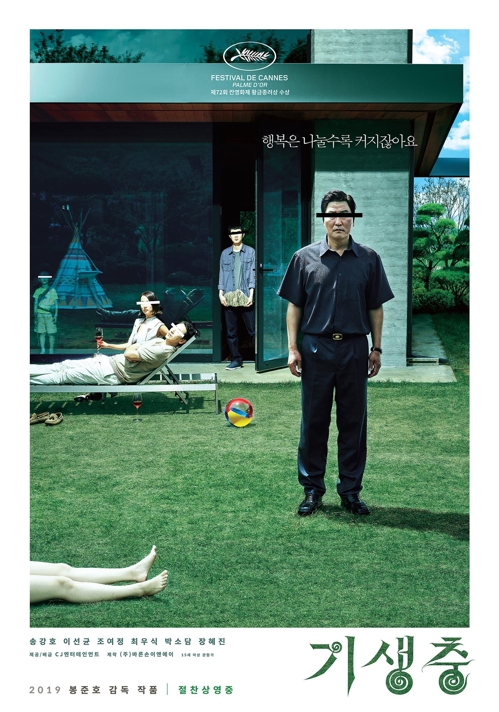 This year's event is slated for June 27-July 6 during which Bong's seven previous films, including "Barking Dogs Never Bite" and "Snowpiercer," will be screened in a special retrospective program dedicated to the South Korean director.

"Parasite" will compete with nine other films for the festival's top prize, CJ said.

Bong will accompany Song Kang-ho, one of the film's lead actors and a long-time collaborator of Bong, to the Locarno Film Festival to be held Switzerland in August.

There, Song will be given the festival's Excellence Award -- making him the first Asian actor to receive it -- in recognition of his original talent, according to CJ.

On Sunday, "Parasite" was awarded the top prize at the 2019 Sydney Film Festival.

After recording a rare commercial hit as a global film festival-winning film at home, the movie has started to hit screens outside of South Korea.

It was released in Switzerland last Sunday and is this week set to screen in theaters in Hong Kong and Vietnam on Thursday and Friday, respectively.

Next week, it will be released in Indonesia, Singapore, Australia, New Zealand and Taiwan.

Going forward, it will come out in Russia and Thailand in July; the Philippines and Malaysia in August; Germany and Poland in September; the Czech Republic, Spain, Greece and North American countries in October; Romania and the Netherlands in November; and Hungary in December.

Many other countries including Italy, Britain, Sweden, Denmark, Norway, Israel, Turkey and Japan are currently in discussion with CJ over screening "Parasite."

In South Korea, the film had recorded an accumulated 8.64 million admissions as of Wednesday, following its release here on May 30. 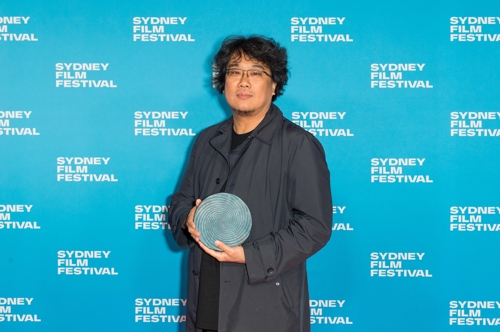 The film, a crossover between a comedy and thriller, deals with the striking economic class division between two families in a dark but hilarious manner.