SEOUL, June 21 (Yonhap) -- What once seemed like a foregone conclusion is no more.

On May 3, the top five teams in the Korea Baseball Organization (KBO) were separated by just two games. And the Kiwoom Heroes, the team holding down the fifth and final playoff spot, were 5.5 games ahead of the Hanwha Eagles.

Even though it was early in the season, the thinking went that the Eagles or any of the teams in the bottom half of the 10-team league would be good enough to make up that ground. 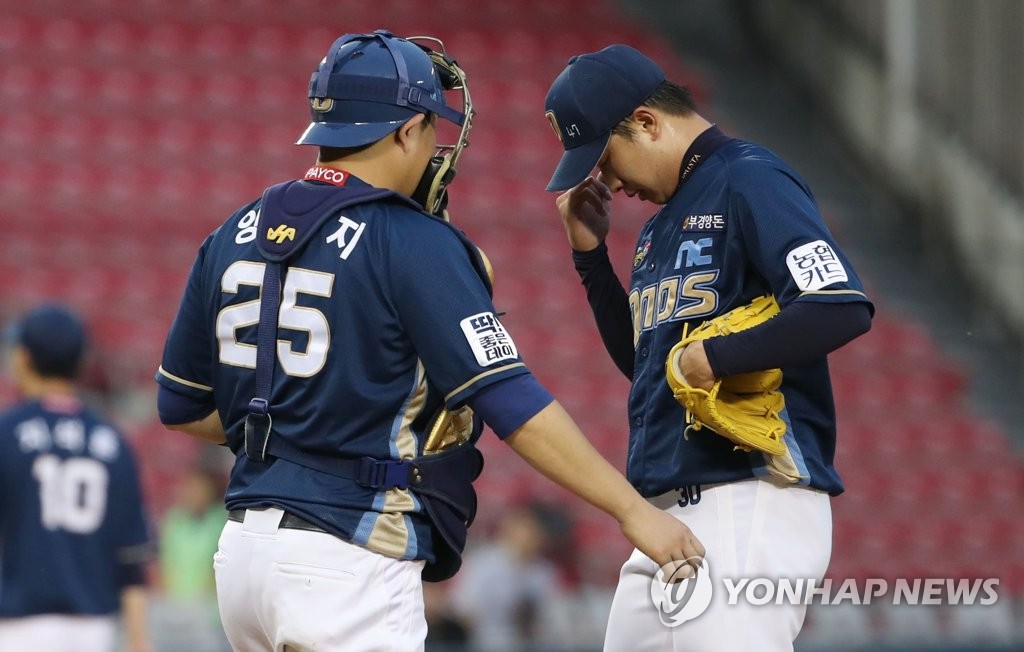 Fast forward to Friday, with teams having played 73 to 76 games in the 144-game season. The gap between the fifth- and the sixth-ranked teams is still five games, but at least there's more hope for those in the lower tier.

The fifth-place NC Dinos are in the midst of a six-game losing streak, which has dropped them to 36-37-0 (wins-losses-ties). They've gone from being in the hunt for the top spot to being 12 games out of first place.

The Dinos are also closer to the sixth spot (five games up) than they are to fourth (6.5 games behind).

Teams in the bottom half aren't exactly setting the league on fire, though. The Samsung Lions have clawed their way up from eighth place a month ago to sixth, but they've dropped their last two games. The Kia Tigers are 17-13-0 under interim manager Park Heung-sik, but they're still just 30-42-1 for the season, half a game behind the Lions.

Since the KBO introduced the wild card for the fifth-place team, only the 2017 SK Wyverns have earned that spot with a record above .500 (75-68-1). Three other wild-card winners all finished below that mark, and we could see a fourth such team in 2019.

The Dinos are 5-12 in June, and after weathering an early-season injury storm, the wheels have come off. 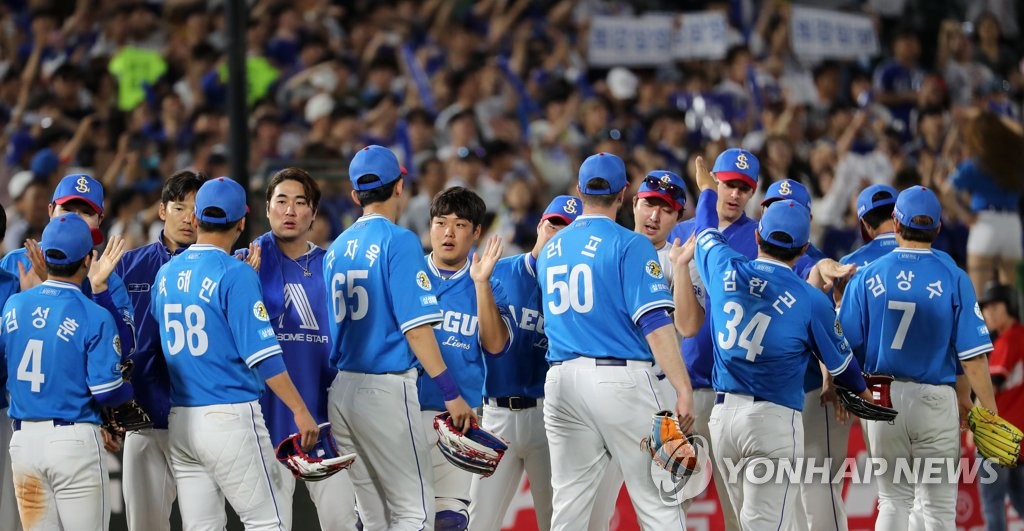 Key players like Na Sung-bum, Park Min-woo, Christian Bethancourt, Mo Chang-min, Park Sok-min and Lee Jae-hak all missed time with injuries. In their stead, young but raw players who finally had their opportunity stepped up and carried the Dinos.

But with most of the regulars back in the fold, the Dinos have regressed, most notably on the mound and in the field.

While getting swept by the Wyverns in a three-game set from last Friday to Sunday, the Dinos committed eight errors, including four in the third game. Then in a 10-7 loss to the Doosan Bears on Tuesday, the Dinos' pitchers walked 11 batters and hit another.

On Wednesday, the Dinos were shut out by the Bears 1-0, followed by a 14-2 shellacking on Thursday. In one stretch this week, the Dinos went 17 innings without scoring a run.

They will hope to end the slide when they face the eighth-place KT Wiz for the weekend series starting later Friday. The Dinos have gone 5-0-0 against the Wiz in 2019.